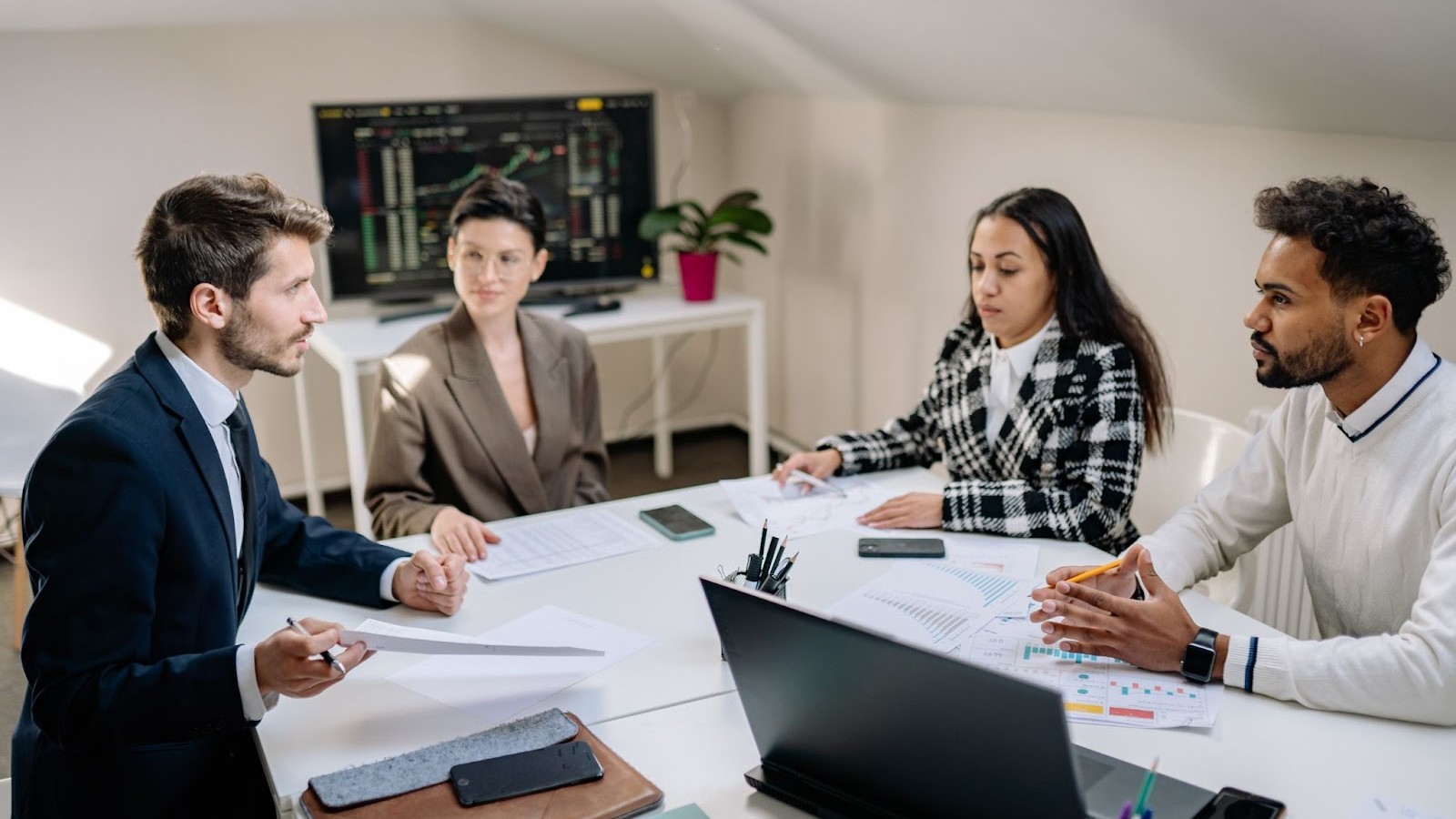 If you run a business that earns revenues abroad or has costs in other countries, exposure to currency risk will impact your balance sheet. In the United Kingdom (UK), 246,000 businesses imported goods and 144,000 exported goods, according to recent HM Revenue & Customs figures. That represents a sizeable cohort of small businesses, medium-sized enterprises and large corporations who often find themselves scrambling to accommodate the effects of currency fluctuations within their revenues and costs.

Although globalised markets and supply chains bring currency volatility closer to home, businesses are not powerless if the United States (US) dollar goes on the rampage or the euro spirals. Admittedly, small businesses are more vulnerable than medium-sized enterprises and above because they lack the financial backing to ride out the storm, but there are steps any business can take to manage exposure to currency risk.

This article will cover where to start with currency risk management, how it impacts your business, the benefits and some real-world examples. However, it’s important to note that ​​this information is not to be relied on in making a decision with regard to an investment. We strongly recommend that you obtain independent financial advice before making any form of investment or significant financial transaction.

Get to grips with the basics of FX volatility 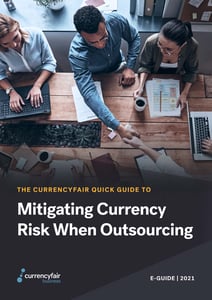 The challenges to statesmen identified above by former UK Prime Minister Harold MacMillan are the same faced by business leaders today. Currency fluctuations can last months and years as national economies flex and restructure, or just hours when sudden twists in fortune interrupt business as usual. Any business leader will remember where they were during these particular days in currency history:

16 September 1992 The day on which George Soros bet against the pound and forced its ignominious exit from the European Exchange Rate Mechanism, wiping 4.3% off sterling’s value.

24 October 2008 Dubbed “Bloody Friday”, a brutal day of trading in response to the US stock market crash caused the euro to post its biggest ever fall (2.75%) against the dollar, while the Japanese yen lost 6% against the dollar on the same day.

23 June 2016 Immediately after the announcement of the Brexit referendum result, the British pound lost 30% of its value against the euro in a single day. Since 2016, sterling has lost 15% of its value relative to the euro.

These are the days when currency exchange rates are water-cooler conversation.. The rest of the time, business leaders could be forgiven for taking their eyes off the foreign exchange (FX )market, but the cost of ignoring the impact on cash flow can be dear.

How currency risk affects your business

Currency fluctuation introduces another variable into the cost of doing business, alongside inflation and taxes. Let’s look at a possible scenario.

In January, Bacon of Britain Ltd. sends its monthly delivery of bacon to a buyer in the Netherlands. The shipment value is always £100,000 and the pound to euro exchange rate is £1 to €1.25, so the invoice to the vendor (who pays in euros) is €125,000.
By February, the pound has plummeted to €1.15. The good news: that €125,000 payment due on the January invoice now yields £108,695 to Bacon of Britain Ltd. once currency conversion to sterling is complete. The bad news: the supplier’s invoice for February is just €115,000. If the exchange rate rallies to its previous rate (1:1.25) during the month, this February invoice will be worth just £92,000 to Bacon of Britain in March after conversion.

As long as the pound remains weak, the supplier has a happy overseas customer. If Bacon of Britain had an arrangement to settle the invoice in sterling, on the other hand, it may find it hard to stay competitive, given that the cost of meeting the £100,000 bill would have risen considerably for the buyer when the exchange rate fell from €1.25 to €1.15.

The actual cost of a foreign transaction. As illustrated in the case above, the transaction cost of the invoice changes over the course of the month. Imports become more expensive from a country whose currency value is on the rise. Transaction exposure is typically short- to medium-term in nature.

Refers to how these costs are represented in accounting terms. At the end of the tax year or quarter, the UK company has to show its financial position in terms of UK currency. That means calculating the value of any liabilities, assets or subsidiaries held in foreign currencies. It’s more of an issue for large global corporations.

The effect of currency fluctuation on a business’s cash flow and market value. It’s a long-term factor, but urgent to address nonetheless. For the above example, the spectre of cheaper bacon imports from China would be an economic factor to track.

Despite PayPal raising its fees for transfers between the UK and Europe, and banks charging small businesses an estimated £4 billion in hidden fees each year, too many business leaders are still reluctant to tackle the issue of currency risk. A survey by Nordea revealed that almost half of CEOs had no currency fluctuation protection in place prior to the pandemic, for example.

Those that do have a strategy usually try a layered hedging strategy:

However, we recommend that you consult a financial adviser before making any decisions to find the strategy that is the right fit for your business.

Allocating the resources and expertise to currency exchange is a stretch for many small businesses. One way business leaders overcome the logistical challenge is by investing in automated trading platforms on the foreign exchange market (forex), the most actively traded market in the world to the tune of some US$5 trillion a day.

Do you know when your business is more sensitive to currency risk?

The benefits of managing your currency risk

Currency risk is unavoidable for any business that manages international transactions. There may be the occasional quick win, but in general currency exchange eats into profits, and for small businesses on tight profit margins that can be critical.

Familiarising yourself with a currency risk management strategy, on the other hand, unlocks benefits in these areas:

How global currencies generally performed in 2021

The 2022 political upheaval in Europe illustrates only too well how hard it is to make any reliable prediction about individual currencies. The Russian ruble, for example, started the year as one of the most hotly-tipped currencies, yet fell sharply in early 2022.

The best performing G10 currency in 2021. The dollar has always been a safe haven for nervous investors. In these turbulent times, it grew 7% in 2021 and is predicted to grow another 5% in 2022 with the Federal Reserve expected to tighten interest rates.

Sterling fell 3% against the dollar in 2021 but rose 6% against the euro. The Bank of England was the first major central bank to raise interest rates following the pandemic, when the US dollar, Chinese yuan and euro fluctuated more than after the 2008 financial crisis.

Whereas the dollar has strengthened consistently in the last two years, the euro has lost 9% of its value against the dollar since 2021. With no interest rate rises on the agenda, it’s expected to decline another 5% in 2022.

The world’s most actively traded emerging market currency is expected to depreciate by 1% in 2022. It’s not the only one. The Thai baht lost 10% of its value early this year, while the Indian rupee lost 2%. The Turkish lira has suffered one of the biggest hits, losing over 20% of its value.

By contrast, the emerging market currencies tipped for growth in 2022 include the South African rand and South Korean won. The Russian ruble was on the list, but that looks unlikely given the events in February and March.

One of the least disruptive ways you can manage currency exchange exposure for your business is to eliminate or reduce the cost of your foreign exchange transactions. Any business that has to pay overseas suppliers and workers, and accept payments in foreign currencies from customers and business partners, can be affected by issues related to sending and receiving money overseas.

​​In our free guide, you’ll find greater insights into currency exchange and how it can affect your business, including strategies you can use to gain real business benefits from the way you manage FX and overseas payments.

Moving to Canada from Australia: a step-by-step guide