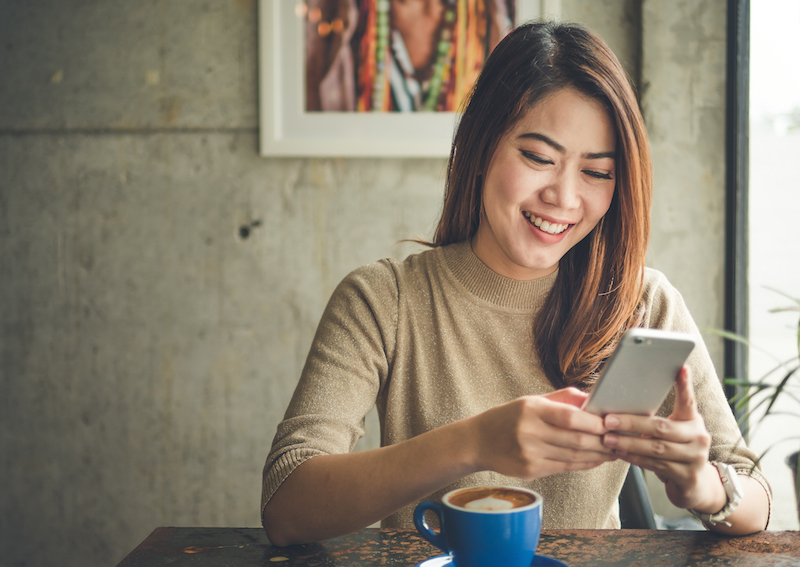 Twitter, which started as a hack to broadcast status updates, just turned 10 years old. Facebook was born in 2004, and LinkedIn two years before that. Social media are not new, but using social media to build a professional network is still a work in progress.

We’ve looked to the experts for best networking tips and which platforms to use — as well as how to use them effectively. We’ve also discovered those places that look at networking as no more than glorified boasting.

While there are professional risks involved in tweeting and posting, the benefits are too numerous to ignore: valuable professional connections, becoming an influencer or recognised expert in your field, and possibly job offers.

Leadership expert Steve Tappin, who coaches CEOs through his company Xinfu, writes that while only 39 percent of CEOs are active on social media. Those who are primarily use LinkedIn and Twitter. In his LinkedIn article, Tappin writes that the reason many business leaders don’t have a presence is that they see social media as a “potential distraction or source of controversy.”

The benefits when social media are used correctly outweigh the risks, in Tappin’s opinion, and he specifically cites the Influencer program on LinkedIn, calling it a “game changer.” The professional publishing platform allows members to post articles, reaching a “targeted professional audience.”

Gross also attributes the network to her current job, which came about a connection with a professional in a different city. When she writes that “connections you make on social media have real-life implications,” she’s living proof.

Dorie Clark, a marketing strategist at Duke University’s Fuqua School of Business, wrote about networking for Harvard Business Review recently and pointed out a problem that successful executives have: lack of time.

And that goes both ways — trying to find the time to make connections as well as responding to invitations by the dozen. Her advice is to use a strategy she calls “inbound networking” in which you “successfully network with the most prominent people by doing something very different from everyone else: attracting them to you.”

Clark says there are three ways to attract people to you:

The comments at the end of Clark’s article are worth reading. One reader says networking should be approached with “no expectations of reciprocity.” The best and strongest network is one in which there is real relationships are built, which includes a measure of trust, and where members actively help and support each other.

In a Cision blog post, Erroin Martin, the Regional VP, Strategic Accounts at the AI platform Conversica says: “My approach to networking is to give more to others than to ask from them. By being a resource to others and a trusted advisor, I am given opportunities that match my exact skill set.”

In other words, you can never go wrong by over-delivering, whether it’s expert content or helpful advice. 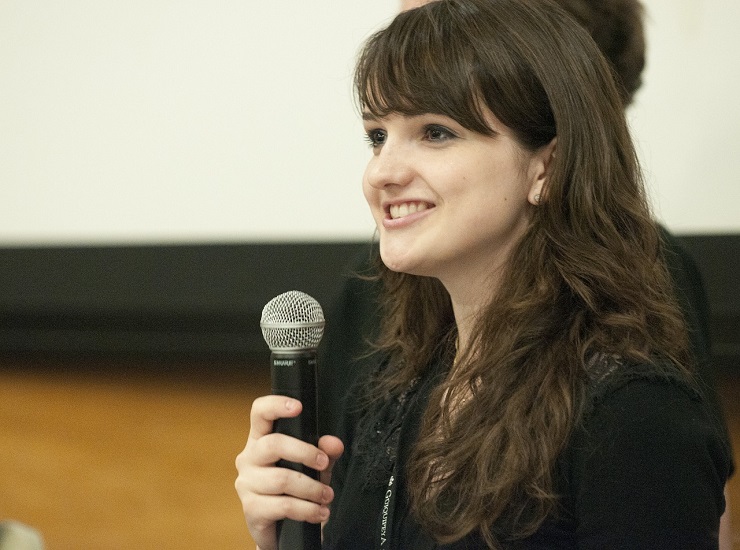 Last year, Shana Lebowitz at Business Insider wrote about a presentation on networking given by entrepreneur and author of The 4-Hour Workweek Tim Ferriss. One of the mistakes people make when networking, he says, is dismissing people who don't look important.

The reality is that you just never know who you're talking to, as Ferriss found out when he happened to connect with filmmaker Morgan Spurlock's brother, an encounter that led to being featured in an episode of Spurlock’s TV show A Day in the Life.

Steve Blakeman, managing director for global accounts at media agency OMG, has some simple advice when you’re attending a networking event: shut up. Don’t be a “windbag, oxygen thief or time pirate.”

At first, he says, listening more than speaking can seem counterintuitive. After all, “it seems to be quite widely accepted that the people who are the most effusive in meetings or on conference calls are considered to be the most influential.”

When you do have something of value to say, best keep it brief, counsels Blakeman. “[The] latest research suggests that our capacity to fully concentrate on what someone else is saying has an upper limit of around 1 minute but can be as low as just 8 seconds.” He quotes leadership coach Peter Bregman as saying: “Silence is a greatly underestimated source of power. In silence, we can hear not only what is being said, but also what is not being said. In silence, it can be easier to reach the truth.”

Both of these truths can be used online as well as in real life, whether keeping your comments concise, or responding to a tweet by someone who isn’t overtly “important.” That response, by the way, can literally take a second with a like or retweet.

If you’re an expatriate working abroad, you may find your previously successful networking practices slow considerably or simply stop. It’s not you. It’s simply the culture you’re in.

In an article on international social media in Entrepreneur last year, Oren Levy, CEO of the payments platform Zooz, wrote: “The Japanese language version of LinkedIn was launched in 2011, but in a culture where self-promotion and job hopping are frowned upon, there is little demand for this type of business networking.” Instead, Facebook’s 17 million Japanese users prefer that platform for professional networking and job hunting.

Entrepreneur Will Greene wrote in a 2013 Techonomy article that cultural factors are very significant when it comes to the success of LinkedIn in Asia. While the overall presence is enormous (40 million at the time), countries such as China, Japan and Korea were unrepresented in terms of the number of professionals in those countries. Meanwhile, India, Southeast Asia and Australia accounted for three-quarters of total users.

Two factors, says Greene, made LinkedIn a success in India. The first was “India’s strong tradition of English-language education...helped professionals get on board quickly,” and social network for professionals was “well suited to the country’s entrepreneurial and network-oriented professional culture.”

Greene agrees with Levy in his assessment of cultural norms in Japan that “tend to discourage open networking and professional self-promotion. Moreover, the Japanese tend not to move between jobs often — lifelong loyalty to a single company is common.”

It’s the political culture rather than societal that makes online professional networking problematic in China, Greene continues. “Chinese authorities generally block non-Chinese social media services, including Facebook and Twitter, due to fears that they might facilitate criticism of the state.” 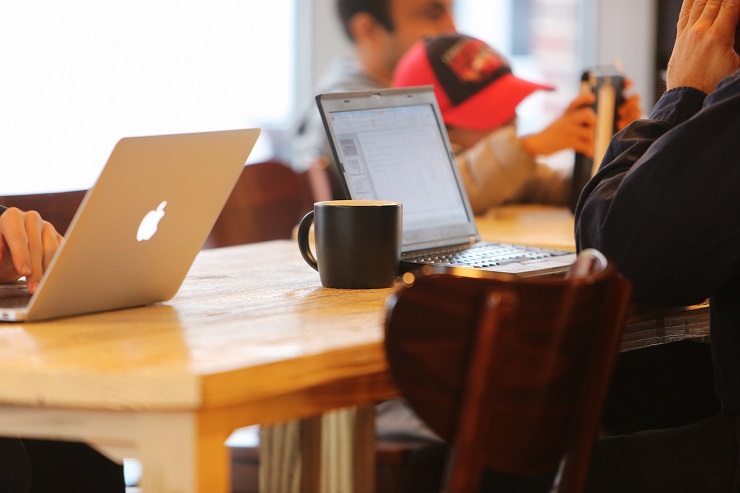 Professionals who shy away from social media because of the possible risks are not being overly dramatic.

Management professors Ariane Ollier-Malaterre and Nancy Rothbard point to Justin Sacco’s 2013 career-busting tweet as an example of how risky social media can be in their HBR article about separating the personal from the professional. You can mitigate risk by creating what they call a “custom strategy,” tailoring posts to the specific audience they are intended for. By setting up distinct accounts and making use of lists, one for your professional persona and one for your personal, you can make absolutely clear when you “are and aren’t speaking in a professional capacity.”

The University of Toronto has a tip sheet for its students on how to use safely social media, and like Professors Ollier-Malaterre and Rothbard recommend making use of Facebook’s list feature to filter personal friends from professional colleagues. Tips also include:

Common sense goes a long way to keeping your social media accounts from causing you, your career or your company harm. Provide value, keep it clean, and you should be OK.

If you don’t know anyone on LinkedIn and can’t make connections, the first thing to do is join groups and start interacting. LinkedIn’s news editor, Maya Pope-Chappell, recommends that you start publishing on the site, and says students can get a head start of their careers as LinkedIn campus editors.

While the campus editor program is one that students must apply for and then put in about 10 hours a week on, it can be worthwhile in terms of capturing the attention of professionals. Pope-Chappell gives examples of students who’ve received job offers from companies impressed by their posts, and says that the networking possibilities alone are worth it because “about 45% of readers are leaders in their trades, including managers, VPs, CEOs etc.”