CurrencyFair Blog Before You Go: How to Make Your International Assignment a Success
Working Abroad Life Abroad How-To 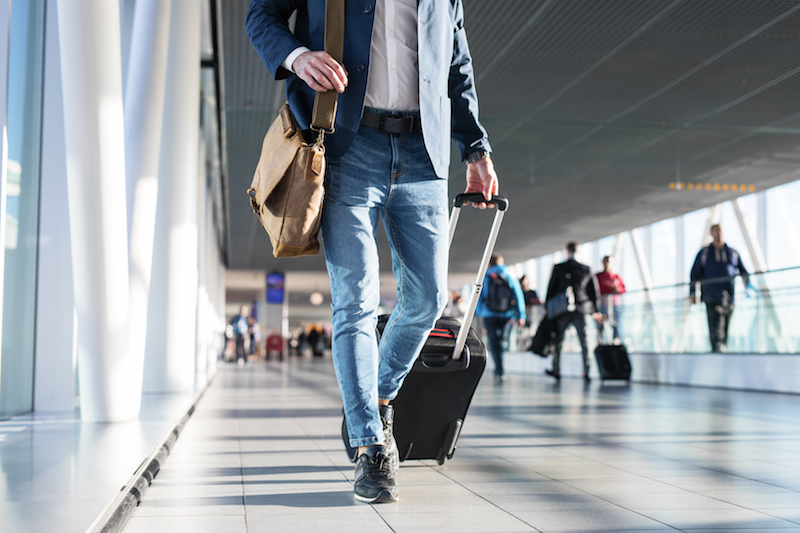 Even if it’s not your first rodeo, embarking on an international assignment takes some planning to ensure success. While seasoned expats may not be fazed as much by cultural differences as those on a first-time placement, family satisfaction and financial considerations still loom large.

We’ve looked at money saving tips for when you move abroad as well as the challenges of overseas work before, but this time we’re focusing on what you can do before you leave to make the most of your expat placement and ultimate repatriation.

Before You Go: Here's Our Guide to Working Abroad

Not everyone has time for or even wants to go on an exploratory trip to the relocation country. If you do choose to visit the place you’re considering for a work-related move, Monika Anderson, a core member of Team Expat at The Wall Street Journal, writes that you might as well make the trip as productive as possible. Her tips include:

Anderson also says to start your network of expatriate contacts during this time, whether it’s a colleague from your company or even an employee at a competing business. In addition to getting some valuable insights on what it’s like to live in that city, you can ask about what it’s like to work there and also get a sense of the professional climate.

The term of your international assignment may determine whether you sell your house in your home country or rent it out, either fully furnished or with your furnishings and appliances sold or stored. If you’ve decided to bring your car or some household items with you overseas, you should first look into laws and regulations regarding their importation.

In Germany, for instance, writes The German Way’s Hyde Flippo, you’ll pay duties unless you can prove that you have given up your residence at home and are establishing a new one in Germany. As many houses and apartments in Germany, like much of Europe, are rented and sold without appliances, it may make sense to ship from home.

And be mindful of the differences in electrical outlets from country to country. Flippo reminds US expats that “it is usually better to buy 220-volt appliances (oven range, refrigerator, dishwasher, TV, etc.) in Germany, rather than try to make 110-volt American appliances work.” 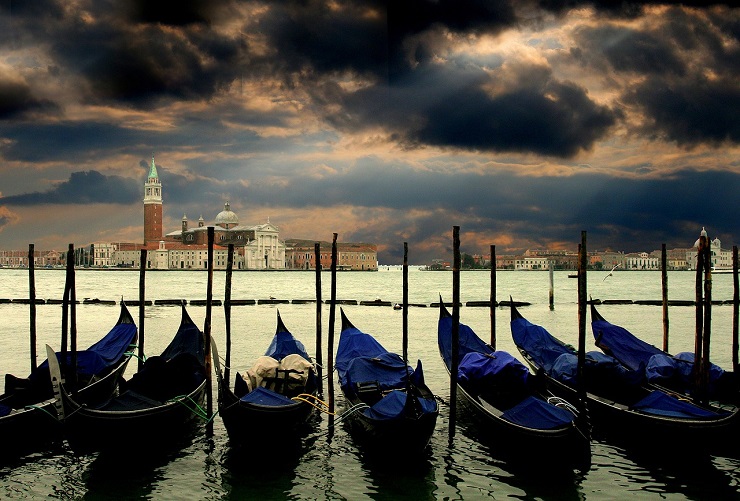 Visas, Work Permits and Other Paperwork

Julia is a Briton who lives in Amsterdam. She writes on her blog that friends who’ve been relocated there by their employers have had everything done for them, including paperwork, visas and even finding a place to live. “The only downside to this,” she adds, “is that, unless you’re an EU citizen, your visa will only be valid for as long as you work for the company that provided it.”

All that help can be a real boon because relocation challenges abound. Take Switzerland, for example. In the expat guide put out by Geneva Relocation, expatriates are warned that “there may be up to 60 applications per apartment,” which makes house-hunting a stress-inducing activity, especially if there’s a start-date deadline.

Citizens of EU countries will also find out that Switzerland has different relocation requirements than other countries in the union. Geneva Relocation CEO Pierre Jeronimo says that before making an application to relocate there, you’ll need to have both an employment contract and proof of residence, such as a lease on an apartment. And if you’re from outside the EU, quotas can mean making your application months in advance, he adds.

It’s best to check with the authority in the country you’ll be working in as to what kind of driving licence is accepted. The requirements vary between countries, and depend on things such as residency and which country you call home.

In Great Britain, for example, you can use your valid licence from home for 3 years after becoming a resident there. However, if you exchanged a non-EU licence for an EU licence, then you are allowed to use it for only 12 months.

Durant Imboden at Europe for Visitors recommends drivers from outside the EU get an international driving permit, even if it isn’t a legal requirement. While not a substitute for a driving licence, an IDP is an official document and together with your licence from home will ensure that you can rent a car from just about anywhere and you won’t have problems with local traffic police.

He also recommends looking into buy-back and short-term tourist car leases instead of standard car rentals. These are appropriate if you’re a resident outside the EU and need a car for a minimum of three weeks while in Europe; they can save you money and are more convenient with respect to insurance coverage.

Even if you’re hoping to do without a car when you’ve settled in, relying instead on a good public transport system, a rental can certainly come in handy if you plan to spend time in the country before your move meeting with a prospective employer or researching neighbourhoods and properties. 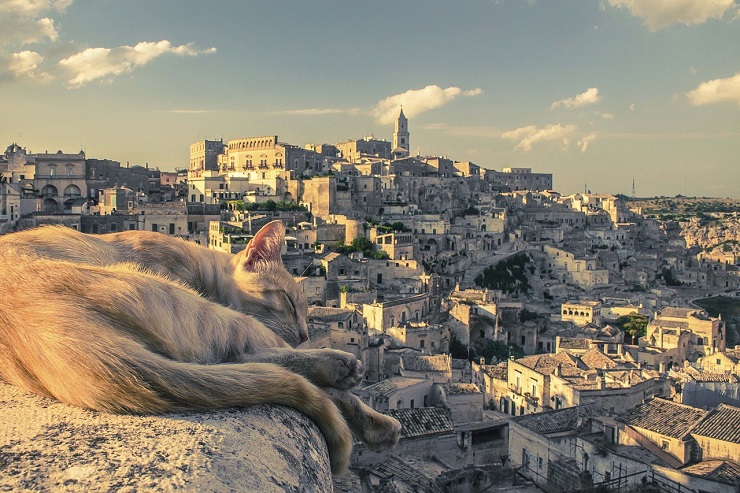 How Good is Your Compensation Package?

There are a number of factors besides salary you need to consider when valuing a compensation package for an international assignment. KPMG lists at least 50 common concerns in a white paper and while not all are related specifically to finances (like personal adjustments and overall career impact), many are. Topics to consider include:

The kind of contract you’re entering into should also be explored, writes Rachel Yates at The Expat Lifeline. If it’s an international contract, you will be working under the same terms and conditions as at home, while a local or local plus contract (also called a local-to-expat) are usually not as generous either in salary or benefits. And these benefits can include support which may be crucial to the success of an expatriate assignment, such as language and cultural training for spouses and international schools for children with transferable curriculum and credits.

Obviously, the country you’re moving to makes a difference as to the compensation package offered. Victoria Scott, a UK journalist and Editor-at-Large for Doha News, reported that Qatar had “incredibly cheap petrol” but an otherwise high cost of living. Everything from entertainment to basic foodstuffs was more expensive than back home.

When she wrote the piece for The Telegraph’s Expat Life three years ago, Scott gave examples of monthly housing costs expats could expect to pay. “Unless your employer gives you a generous housing allowance,” she warned, “this sort of rental will eat into even the most appealing tax-free salary.”

You Do Have a Repatriation Plan, Right?

In an article he wrote for BlueSteps, Alan Royal, an experienced executive-level long-term expatriate, says the problem with a successful executive expat returning home has several levels. The most impactful is when the person sees a fairly dramatic reduction in net income and correlating change in style of living.

Many high-level expats have net disposable incomes that are literally “breath-taking,” explains Royal, and become accustomed to having a “materially-elevated lifestyle” that accompanies that kind of money. Further, offers come in over time from other multi-nationals, leading to ever better assignments and expatriate employment packages.

Once the return home does take place, that upward trajectory isn’t the only thing that takes a hit. The family suffers a loss of social status, and even the executive’s relevance in the home company has to be reestablished. On a more personal level, and something that every long-term expatriate faces to one degree or another upon repatriation, is a changed social network, with colleagues, friends and family members having moved on in the expat’s absence.

Knowing these things before you go, says Royal, and working with your employer to have an exit strategy in place, can help reduce the hardships of repatriating. If you keep your at-home social network strong throughout the years of your expatriate life — by taking allotted home visits and staying relevant in friends’ lives through Facebook updates and Skype chats, for example — you lessen the risk of loss.

However, even if you do have a job to return home to, warns Authentic Leadership International founder Colleen Slaughter, you may feel that your global experience and development is under-appreciated in the very firm that transferred you in the first place. “One study found that 38% of repatriated employees voluntarily quit their firm within the first year of returning home,” she writes.

Then again, that’s not a necessarily a bad thing. “Employees who live and work in unfamiliar or new cultural environments are changed in key ways,” Slaughter explains, “In fact, many go on to build new identities for themselves that often contain new meaning, goals, [and] life and career perspectives.”