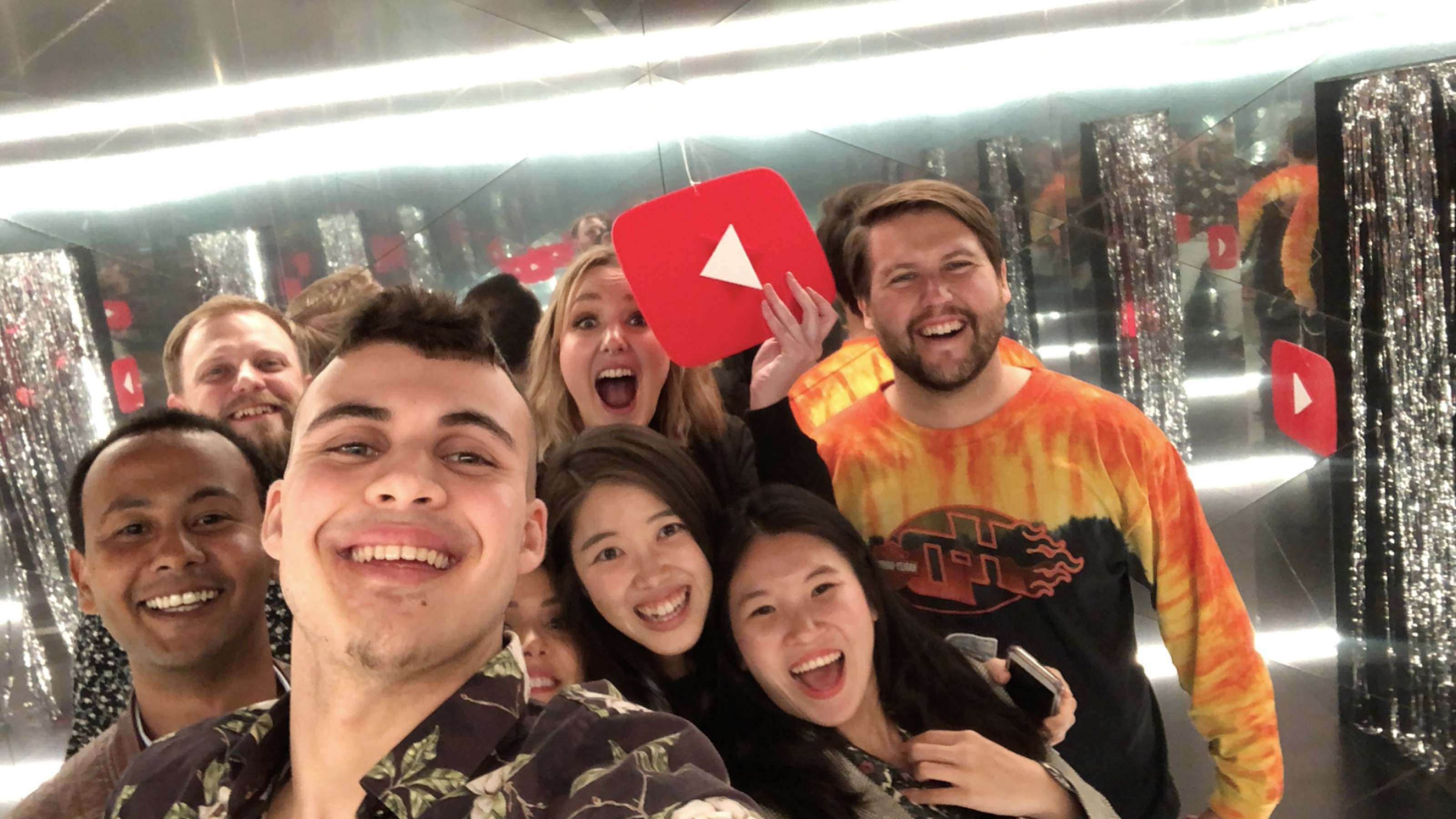 At just 20 years old, Cameron Hay is among a new breed of entrepreneur who has built a flourishing media production business on the YouTube platform. Five years ago, the teenager saw the potential for a niche Star Wars History Channel that no one else was exploiting and decided to get creative.

‘’I’m a Star Wars fan and I started making the videos alone, real bad quality stuff, but the ideas were there. After the first month I had hardly any views but then the algorithm picked it up and it just exploded. There was definitely a bit of luck involved, combined with some natural marketing intuition,’’ he explains.

Based in Sydney, Australia, Hay has gone on to expand to four main channels including The Front, based on World War II history and The Braved, about remarkable historical warriors. He has now made over 1,000 videos, his channels have a combined 700,000 odd subscribers, hundreds of millions of views, with one video amassing 5.6 million hits alone.

It wasn’t all plain sailing though as Hay notes, ‘’I started working in a fast-food restaurant when I was 14 and just hated the experience so much. The monotony and the strict hierarchical nature of the job really didn't appeal to me, clock in, clock out, zero flexibility, zero mobility. I value flexibility really highly and it’s one of the major benefits of what I do.

‘’It’s been a conscious choice, I took two years out instead of going to college to really scale the business and see how far I could take it. My parents weren’t too keen initially but then things started to take off,’’ he says.

‘’I just took the opportunity and kept rolling with it. Over the past five years it’s grown from a single channel to a business with almost 30 employees. We’ve expanded to doing video for businesses and it’s turned into a whole media enterprise with lots of moving parts,’’ he enthuses.

‘’The beauty of YouTube is that even a 15-year-old who knows nothing about business and finance can succeed,” he suggests. “You have the option to monetise through YouTube with them negotiating advertising deals for the platform as a whole. There is a complex system that puts certain ads on your videos, so you get a cut of that revenue.

‘’As well as YouTube advertising revenue you also get direct sponsorships from companies. It’s all about producing content and marketing it as best you can to maximise that revenue.

‘’Companies within these niches find it very profitable to have channels that market directly to their target audience. We have sponsorships from World Of Tanks, World of Warships, these big multiplayer gaming companies, who place links and promo codes within our videos.’’

Not content with “nice cars and investments” Hay regards his biggest achievement to date to be ‘’providing regular income for my team and allowing them to work really flexible jobs.’’

‘’We have editors in Georgia, some people in the Philippines, the US, Australia, all over the world. It’s a really nice feeling to know that we are helping them out and allowing them to work from home during the pandemic. It’s important for me to be able to pay my staff on time in their own currency.

‘’One of the driving forces behind me searching for an alternative FX and money transfer provider was price, with PayPal the fees kept on adding up because I was making bigger and bigger payments as the business was scaling up. The FX rates with CurrencyFair are top notch, with PayPal it felt like I was losing a lot of money.

‘’I love the CurrencyFair platform because all I have to do is send in the amount in my local Australian currency and it’s all converted and paid out automatically to my contractors in various countries. They get the amount they need in their currency, I’ve never had any complaints, it all works so smoothly. I don’t even have to think about currency conversion,’’ he admits.

Looking to the future, Hay clearly has big expansion plans with “platform diversification” his next big challenge. ‘’I already have a presence on TikTok but there is going to be a whole new revenue model there. It’s all about adding more and more channels and seeing where future opportunities will be,’’ he adds.

Another hurdle for the young entrepreneur are arbitrary policy changes and the fact that YouTube can demonetise content in a flash if you don’t play by the rules. ‘’You also have to be careful not to have all your eggs in one basket, which is something I strive to do,’’ he explains.

Cameron Hay is clearly a remarkable young man, and you can sense that for this entrepreneurial spirit, the force is most definitely with him.

Frontier Media had not received any gratuity in respect of this article.

Protect yourself from the “fraud wave” of text scams

Pension scams and how to spot them