Protect yourself from the “fraud wave” of text scams 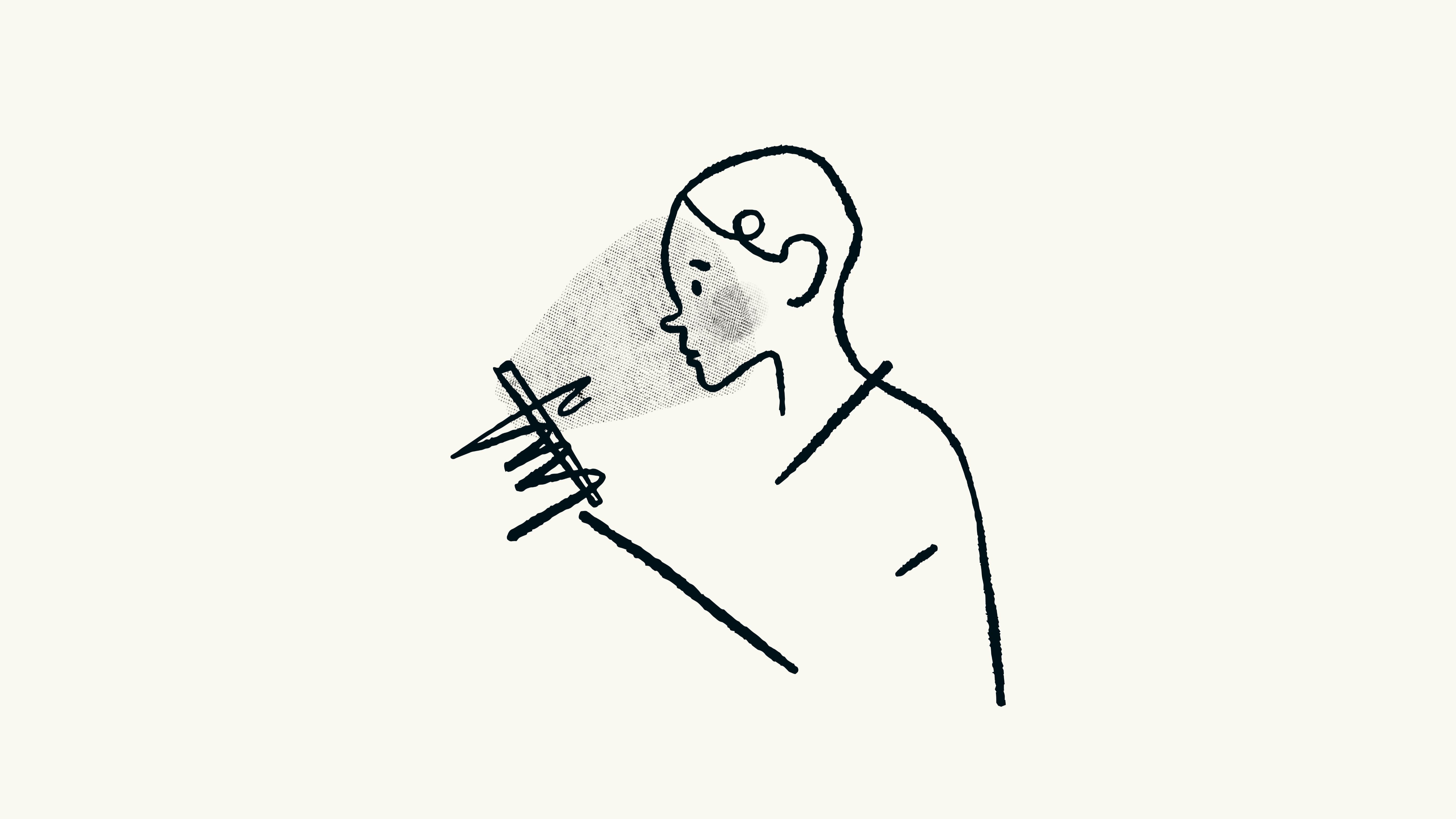 The UK has reported a “fraud wave” of text scams, with similar scams reported in Ireland, America and Australia. SMS scams, also called “smishing”, aim to trick you into divulging personal information by clicking a seemingly safe link, or submitting your personal details.

The texts appear convincingly real and are most commonly about missed deliveries, tax refunds, or even Covid-19 vaccines. They may ask you to pay a missed delivery charge or tax fee and are sent from numbers that claim to be delivery companies or government agencies.

Scammers hope to convince you to hand over your personal information — identifying details such as your name, mother’s maiden name or even bank details — because they can then use them for all types of fraud. This article investigates recent text scams in the UK, Ireland, Australia and America, as well as measures you can take to protect yourself from them. Being able to recognise these scams is the first step to protect yourself and inform those around you.

Why the rise in text scams?

While these kinds of scams are nothing new, circumstances around Covid-19 and Brexit have allowed opportunistic scammers to take advantage of the change in consumer habits. With an increase in online shopping and uncertainty around delivery costs to and from the UK, texts about unexpected charges don’t seem out of place.

The scammers can also use pending deadlines as a trigger to push people into taking action. For example, UK consumers have been warned to watch out for texts claiming to be from Her Majesty's Revenue and Customs (HMRC) in relation to their tax credits. The UK government has provided this checklist of things to check for before handing over any personal information or bank details.

For false delivery scams, texts come from numbers that claim to be from delivery companies like Royal Mail, Hermes, DPD and DHL, and generally contain short messages about an unpaid fee that needs to be paid before a second delivery attempt can be made. While the unpaid sum itself is generally small, it’s an excuse to trick the victim into giving up their bank details, which can then be used to steal thousands.
Here are some common types of text scams currently in circulation below:

With this text scam, texts fraudulently claiming to be from the UK postal service, Royal Mail, ask people to follow a link to pay for shipping fees. Royal Mail encourages people who have spotted a scam text or email to send the details to reportascam@royalmail.com. Eight men were recently arrested in the UK for allegedly sending the texts, with charges ranging from fraud by false representation, possession of articles for use in fraud and possession of criminal property (money laundering). 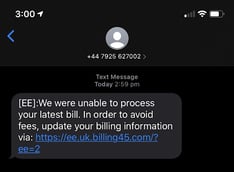 EE, a UK mobile phone network, warned its customers of text scammers contacting them about a bill that hasn’t been processed correctly, tapping into their fears with the threat of late payment fees. EE recommends its customers forward the message to 7726, to allow their team to investigate the URL and the number the scam text has been sent from.

02 text scams are sent to the mobile operator’s customers claiming that the company was unable to process their bill, and again the threat of late fees aims to scare intended victims into clicking a link to a fake website.

When you click the link, you’re brought to a website that looks official, asking you to submit your home address and bank details. Submitting these details leaves your bank account vulnerable to attacks or allows the scammer to use your card for online shopping. It also leaves you vulnerable to follow-up phone scams (known as “call phishing”) asking you to transfer money, as the scammer will have believable information about your bank account. 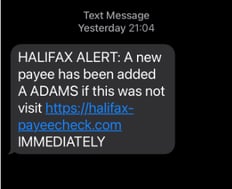 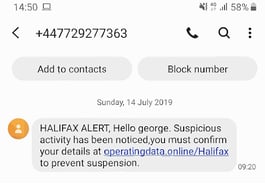 Halifax bank customers have also been targeted by text scams warning them of a supposed "new payee" set up on their account. Halifax said its security team is aware of the scam messages circulating and is taking action. As with other text scams, this aims to scare recipients into acting rashly — with the added layer of including their real names in some of the texts.

Santander UK is a large retail and commercial bank. Using a tactic called “number spoofing”, where scammers make it seem like the text is actually from Santander, the Santander scam texts may appear in a thread from genuine texts from the bank.

The messages warn of attempted payments and new devices. Santander has warned its customers that a genuine bank will never contact a customer to ask for their full password, pin number, or to transfer money into another account.

In Ireland, Android users have been warned about a text scam called “Flubot”. A statement from mobile operator Vodafone said customers should not click any links and delete the message from their phone.

If clicked, the link in the message encourages the intended victim to download two “.apk” files which are banking trojans, a malicious computer program that attempts to steal financial information.

A recent cyber attack on the Irish Health Service Executive (HSE) may also provide an opportunity for scammers to leverage potential victims’ fear and uncertainty around their health details being illegally accessed.

The HSE’s CEO Paul Reid warned: “Don’t give any confidential information that you have if you have any level of suspicion whatsoever, we’re not in a process right now of proactively contacting patients so most likely it’s not from us. And it is most likely a fraudster attempt.” 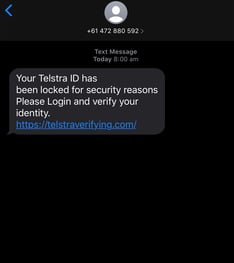 Telstra, an Australian communications company, was one of the most commonly impersonated entities for phishing scams in 2020, according to a report from the Australian Competition and Consumer Commission's “Scamwatch”. Texts, claiming to be from the company, prompt the recipient to enter their personal details.

In May 2021, NBC News, a division of an American broadcast television network, reported that the Federal Trade Commission got 334,833 complaints about scam texts last year, more than double the year before. FedEx text scams include a fake shipment tracking code and a link to update the recipient's delivery preferences.

When viewed in the cold, black and white of a blog post, these scams may seem obviously fraudulent. However, scammers prey on our psychological vulnerabilities — catch someone when they’re having a bad day, or already worried about money or their private data, and it’s easy to see how the threat of increased fees, or fraudulent payments, can scare someone into acting rashly.

The UK Government's “Take Five” campaign is a national campaign offering advice to protect yourself and remain vigilant against scams. It advises people to:

It’s easy to fall for scammers' tactics in the heat of the moment if you’re feeling rushed, flustered and panicked. Stop. Take a moment to pause and think before entering bank details or parting with any money.

It’s ok to ignore, refuse or reject texts that you’re sceptical of. If it’s from a delivery company or your bank, ignore the text and call the provider on a verified number to enquire if the warning is real. Scammers are more likely to try and rush you into a decision.

If you’ve been a victim of a scam, or you suspect a text to be fraudulent, report it immediately. There are specific organisations set up for reporting cases of fraud, for example, Action Fraud in the UK and Scamwatch in Australia.

If you’re exchanging money, always use regulated solutions. CurrencyFair is fully licensed and regulated by the Central Bank of Ireland. With bank-level security, your money is in safe hands. Send money overseas at better exchange rates, with no hidden fees. Sign up for your free account today.

Photo by visuals on Unsplash