How to Estimate Your Cost of Living Before An International Move 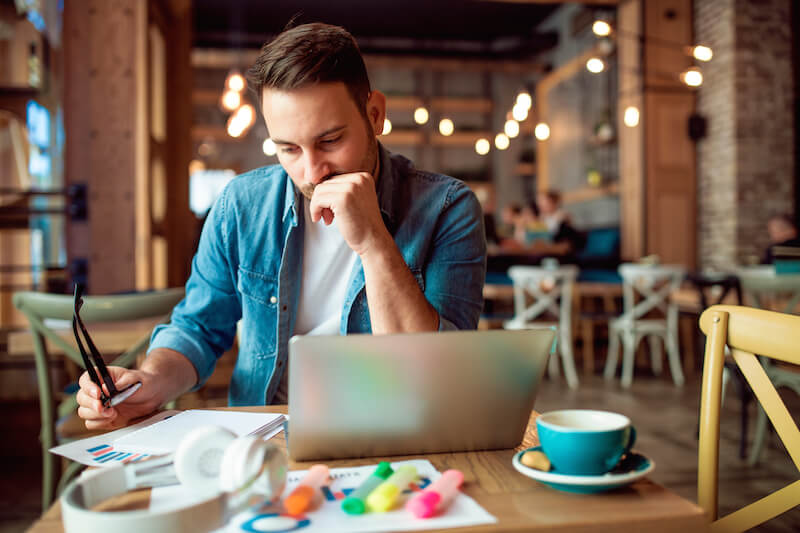 What's The Cost Of Living Overseas?: How to plan your move abroad

Before you buy a plane ticket and look at visa options, it’s important to calculate your cost of living to make sure you’re not getting in over your head.

Some places with affordable rent and healthcare have high tax rates or school costs, while more expensive cities have hidden ways to save.

Here’s how you can evaluate your lifestyle to calculate your typical cost of living.

Some expats feel as though they have to live deep in the jungle to find affordable housing abroad; however, Raphael from Journey Wonders disproves that. He rented a house in Cancun for 175 USD that was just 40 minutes outside of the hotel zone.

“Before the 70’s, Cancun didn’t exist as such,” he writes. “It was basically an empty wasteland. Then, suddenly, the Mexican Government decided to create an artificial tropical paradise in this piece of land and people suddenly started to arrive...the cost of living in Cancun suddenly rose…but not that much for the locals.”

As long as you’re not planning to live like a tourist, you can find fairly affordable accommodation wherever you travel.

Once you find an affordable area, you can start deciding between buying or renting — and what kind of property you want to rent.

Holland Expat Center South recommends renting a house if you plan to live there for fewer than three years. “Rental costs are fixed, contracts can be ended if you need to go back home, and the headaches of repairs and maintenance are the property owner's responsibility,” the team writes.

“Also, there is no loss through having to resell before your costs can be covered, nor the hassle of waiting for the property to sell should the market be slow again.”

XPAT.NL also presents a third option for long-term visitors: “Most expats rent a property semi-furnished, or soft-furnished. In that case, a property has wall and floor coverings, curtains, (ceiling) lights, a kitchen with appliances, and sometimes even a washer/dryer — and the tenant brings or buys his own furniture.”

This way, you feel like you’re home without having to start from scratch.

When you’re negotiating a rental price and furnishings, you also want to discuss what utilities are included. In some countries, the landlord might cover the cost of water, electricity or both. On top of those basic needs, there may be additional costs and fees that you pay to maintain a comfortable lifestyle.

Ask Louise at Expat Echo Dubai explains that a 5% municipality fee is common in Dubai, along with a “District Cooling” fee which covers air-conditioning: “With some of the newer developments … air-conditioning is provided by ‘District Cooling’ and this comes at a set charge. On top of this you will have to pay a DEWA bill for water, day to day electricity (e.g. washing machine, dishwasher) and the municipality fee.”

While many places might include utilities into your rental cost, you will probably be expected to pay for Internet on your own. However, Internet costs and speeds vary greatly across the world.

Hannah Yi, Producer of PBS NewsHour Weekend, found that Americans pay more for slower Internet than most of the world. “For an Internet connection of 25 megabits per second, New Yorkers pay about $55 — nearly double that of what residents in London, Seoul, and Bucharest, Romania, pay,” Yi says. “And residents in cities such as Hong Kong, Seoul, Tokyo and Paris get connections nearly eight times faster.” 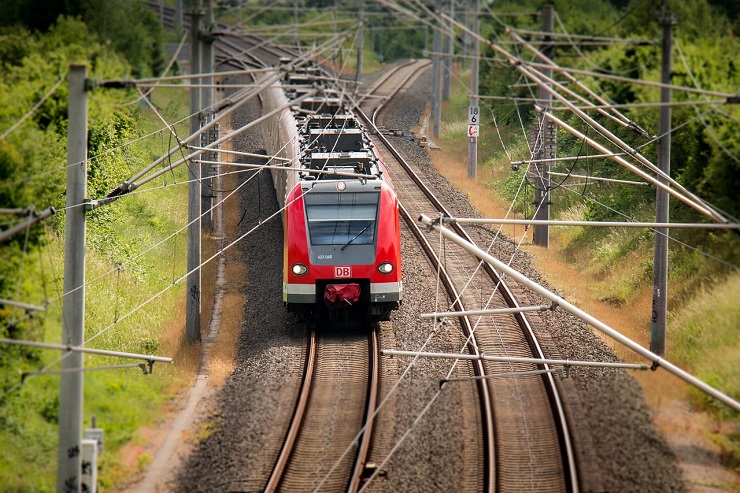 Before you move, consider how you’re going to get around — and whether you can afford it.

Many expats choose to move to London and its surrounding areas without their cars, which means they save on parking, petrol, and insurance. However, that savings is eaten up with taxi fares, Oyster card deposits, and rail passes.

According to Get Reading, if you find cheap accommodation outside of London, you could spend 5,000 GBP per year commuting into the city. “Tickets from Reading with London Underground zones 1-6 included would go up to 5,025.96 GBP,” David Millward writes. “The Campaign for Better Transport has said wages had risen by just 6.9 per cent since the coalition came into power in 2010 while rail fares had risen by 24 per cent.”

Take for example Karsten of Thailand Starter Kit, a German expat living in Bangkok. He’s found that monthly transit costs were actually comparable to living in Frankfurt. “I don’t usually take motorcycle taxis (too dangerous for main roads in my opinion),” he writes. “...What Thailand lacks in public transport coverage and pricing it makes up in cheap taxis (which, due to traffic jams, end up taking you just as long as public transportation in Germany would).”

While Karsten avoided the Southeast Asian motorbike, Nomadasaurus writers Alesha and Jarryd spent eight months riding through the countryside on them. They created a guide for what to look for when buying a motorbike, from budgeting to part replacement.

“Getting a second hand bike is the best option,” they write. “For this you only really need a fistful of cash. Just make sure that the previous owner gives you the registration papers.”

They found you can expect to pay about 250 USD for a quality used motorbike. 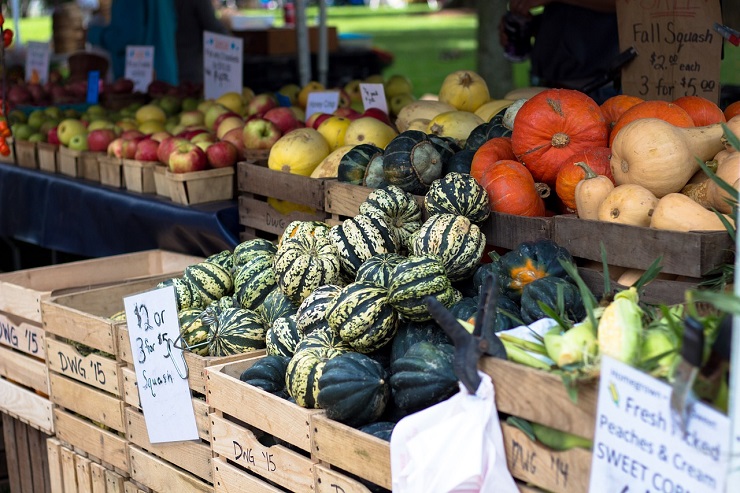 There are two factors to consider when calculating food costs in your new home:

According to Living Dubai, the cost of staple foods in the city is about the same as food prices in London or New York. “All the familiar items on the shelves have to be transported a lot further in order to end up in your shopping trolley,” the team writes. “...Regionally grown fruit and vegetables will be cheaper than their counterparts imported from Europe, North America, Australia or New Zealand.”

Dubai is expensive for two reasons: because it’s a city, and because it also has import a lot of its food.

You’ll find the same issue in the Pacific Islands, where international imports have dramatically changed the diets of locals and are threatening to outprice of regional farmers and fisherman.

According to the Food and Agriculture Association of the United Nations, the rise of imported processed foods in the region has lead to spikes in obesity cases, along with diabetes and heart disease.

“Abandoning fishing and farming in search of better economic prospects in urban areas has...transformed the household diet from one rich in home-grown carbohydrates, greens and protein to one of imported foods with a high sugar, salt and saturated fat content.”

That means opting to shop at local markets can help you save money and support the local farming economy.

A few countries with strong health care systems have started to capitalize on medical tourism and cater to retirees.

According to International Living, Costa Rica has one of the best health care systems in world and is opening its doors to Americans looking to avoid dramatic medical expenses back home.

“The public system...is 7% to 11% of your reported monthly income,” IL’s team writes. “After that you get completely free care. Doctor’s visits, prescriptions, testing, therapy, surgeries, emergency care…it’s all covered. In general, expats report good results with the Caja system. But there are some issues, including wait times for non-emergency procedures.”

Chuck Bolotin, founder of BestPlacesInTheWorldToRetire.com, found that some expats saw their medical health care expenses drop when they moved to Central American countries to retire. This is because they ate more fresh fruit and vegetables (instead of fast food) and had reduced stress levels from the crowded city commute.

“Time after time, we heard from expats who reported that, after moving overseas, they lost weight,” he writes at TheStreet. “Some lost a lot. Many others reported no longer needing medication for high blood pressure.”

However, many expats prefer to buy private health care plans because they receive the treatment they’re used to compared to their home country.

Ray Clancy at Expat Forum reports that Hong Kong has the highest private health insurance premiums, at an average of 10,391 USD, but the benefits tend to match the cost because most expats find public hospitals cannot provide the care they need.

“English and other languages beyond Mandarin or Cantonese are not spoken by staff and doctors [at public hospitals],” Clancy writes. “This language barrier and sometimes lack of specific care being available means almost all expats turn to private and international hospitals, which can be very costly.” 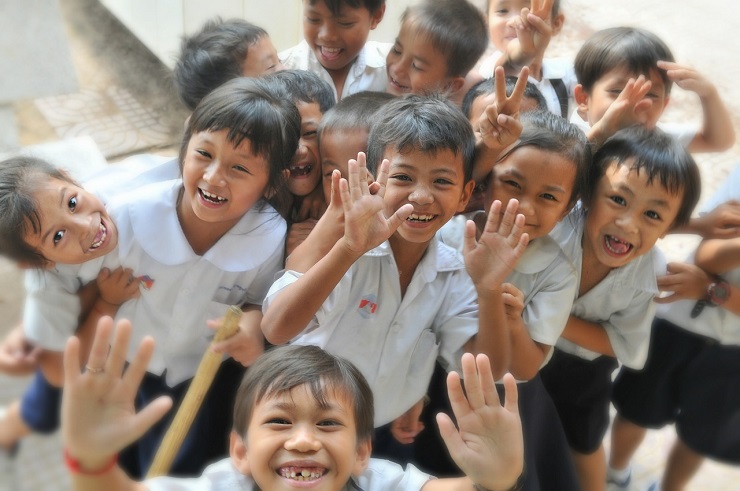 Like the health care systems, most countries offer parents the option of paying for private or public schooling. Expats also have access to international schools and English schools if they’re available in the region. However, many countries have seen private school fees rise dramatically in the past few years.

GlobalEye reports that the UAE is one of the most expensive countries in the world to put your children through school. They say families should expect to pay

Singapore is another expensive destination for expats who want to send their children to school; however, more parents in Singapore are opting for the public option.

Ruchika Tulshyan writes in the Wall Street Journal that she grew up in Singapore, and it used to be unheard of for parents to send their kids to public school. “Singaporean schools are notoriously demanding, with little-to-no focus on arts or humanities,” she says.

“...There’s also the segregation of children by academic performance in a rigorous set of exams around age 12 ­– the dreaded Primary School Leaving Examinations (PLSE.) Of late, this rigor is exactly what some expats are loving.”

Tulshyan also found that more parents are sending their kids to local schools to avoid the expat “bubble” of only staying with familiar cultures.

If possible, tour different schools or connect online with parents in the country you’re considering. This will help you decide what type of schooling your child needs and how much it will cost.

If you’re still working, you may have to consider how the move will affect your retirement plan contributions.

For example, Singapore is known to have one of the best health care systems in the world, but less than 7% is actually funded by the government. According to Expatmedicare, Singapore is currently making plans to take care of its rapidly aging population by implementing a social security plan.

“To assist individuals to save for their old age, the Government implemented the Central Provident Fund (CPF) whereby employees pay 20% of their wages into CPF while employers pay another 15%,” Expatmedicare says.

Contributing to a CPF could take up a large part of your income every month.

One option that some expats explore for retirement planning is the offshore pension, which lets you contribute funds from anywhere in the world.

Naomi Rovnick explains in the Financial Times that this is the option most commonly used by expats, “An international ‘offshore pension is worth examining … but you would need investment advice on whether the fees attached to such a product would outweigh the tax advantages upon retirement, which are becoming harder to achieve,” she writes.

Another option is turning your current home into a rental property. Experts for Expats says you should expect to give 10–15% of your rental income to your property management company, and will be required to pay tax on rental income.

You will also want to budget for expat landlord insurance, which should include coverage for “buildings and contents, rent arrears, potential legal costs with contract disputes and repossessions, [and] malicious and accidental damage.”

When these costs add up, your rental income might only be half of what you expect.

When budgeting for your average cost of living, it’s safe to set aside at least 10% for surprise costs and budget overages. This way, if you go over your plan, you’re not in debt. If you don’t, then you can use that 10% for travel or entertainment in the next month.

Living affordably is possible around the world. You just need a clear picture of the expenses.

Freelancing Sweeps the Globe: Are You Ready to Dive In?

The hidden costs of remote work for businesses