The Cost of Living in Singapore [July 2019] | CurrencyFair 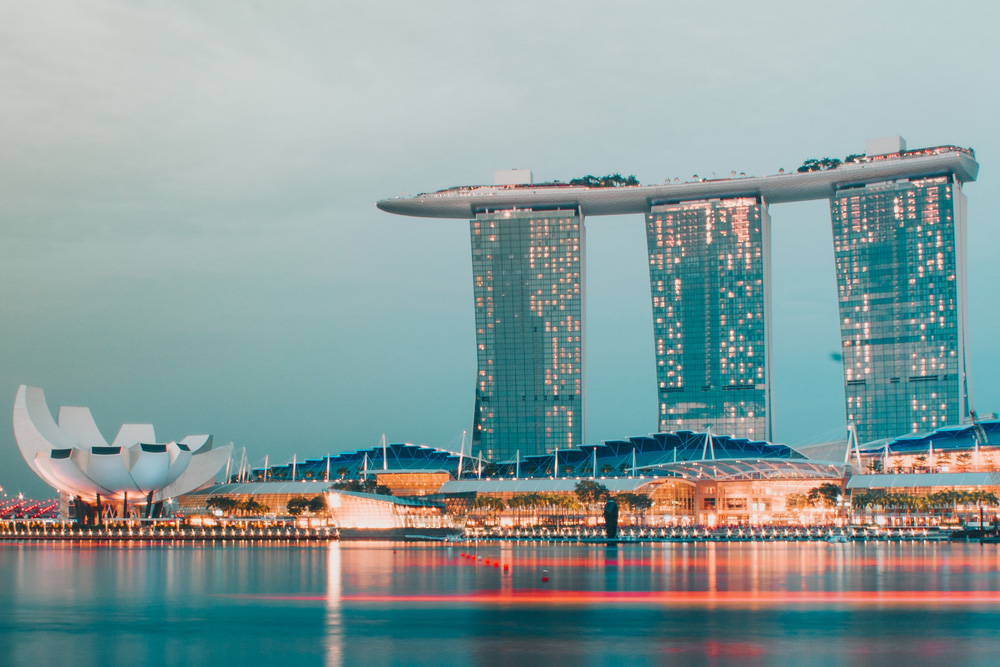 Singapore is well-favoured among expats who aspire to have a prosperous career and high quality of life. Its good climate, vibrant international community and low crime rate are added benefits to living there. However, prospective emigrants may need to weigh up if the city-state’s high cost of living can match their financial means. This guide will go through the various costs which come with living in Singapore.


You can use CurrencyFair to make fast, affordable money transfers to and from Singapore. Check our bank-beating rates here.

The Cost of Living in Singapore

Put simply, there is a reason why Singapore is often called the ‘Switzerland of Asia’: It is the seventh most expensive country in the world. The state is a hub for industries such as finance, technology and manufacturing, and its geographic location next to the sea has led to high levels of exports, despite Singapore having little to no natural resources.

Below is a table showing how Singapore compares to other countries in terms of cost of living plus rent (statistics provided by Numbeo): 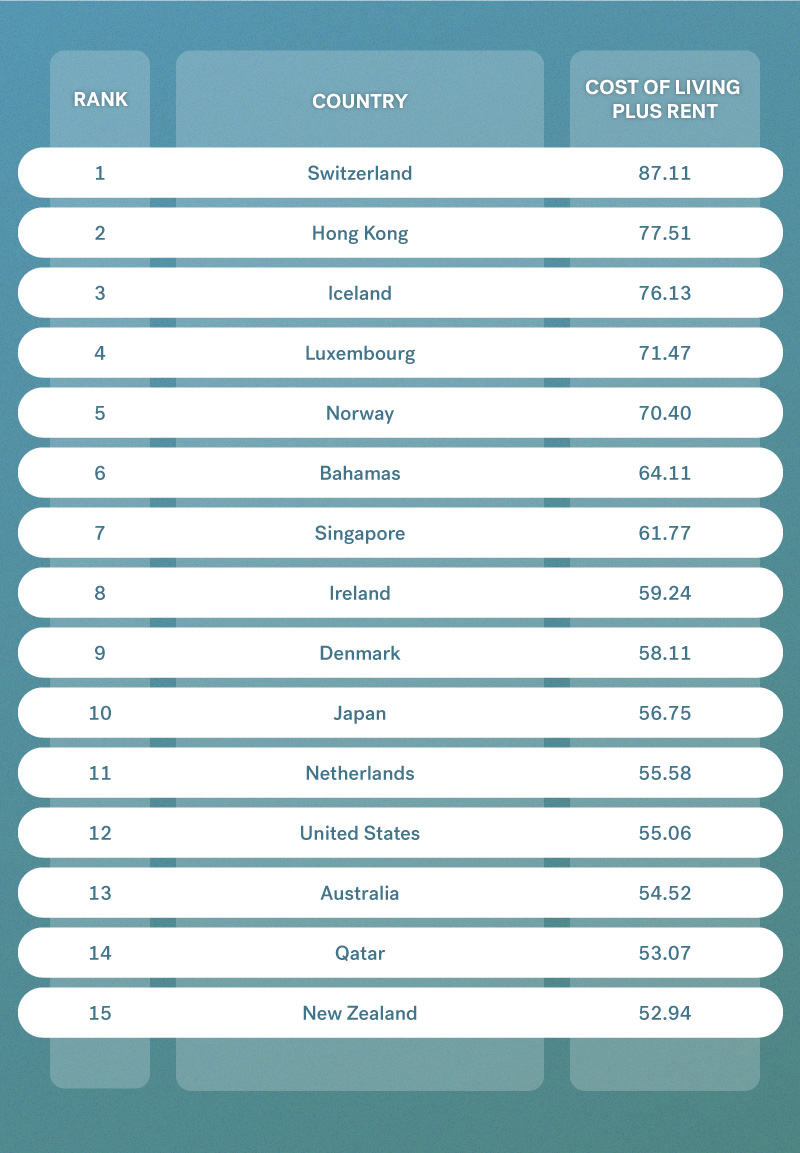 However, moving to Singapore can also reap benefits: Numbeo states that the average monthly net salary is S$4073.19. It ranks as the eighth highest in the world, above the United Arab Emirates, Hong Kong and Saudi Arabia. This generous pay rate often plays a major role in the expat’s decision to move to Singapore, but matching it to one’s health, residential and familial expenses can be an effective way to determine if the move will truly be beneficial.

Investing in a home, however permanent or temporary in a new country is a crucial step in any expat’s move abroad. Singapore’s small surface area and large population mean that property is high in demand and costly as a result. While there are a variety of options available to buyers and tenants alike, emigrants can likely forecast property costs figuring strongly in their expenditures.

Buying property abroad? You can use CurrencyFair to make the move easier

The rental market in Singapore is highly competitive, as space is scarce and therefore coveted. Numbeo ranks Singapore as the third most expensive state on its rent index, just below Hong Kong and Luxembourg, countries which are also wealthy but geographically small.

As in many cities, the property in question’s distance from the centre makes all the difference to its cost. A three-bedroom apartment in a central area of Singapore averages at S$5,069.77, while the same in a bordering area is priced at around S$2,927.40 per month, says Numbeo.

The standard lease lasts 12 to 24 months, but InterNations lists subletting, sharing or renting a serviced apartment as short-term alternatives. These different forms of leasing will also make a major difference to rental costs.

While Singapore’s rental market offers a variety of options, assessing which is the right fit is not something to be taken lightly with such high costs at stake.

Whether considering the purchase of a smaller apartment or a more spacious bungalow, expats need to remember that property of all forms are in high demand in this booming city-state. Prices are therefore on the expensive side, despite there being such a wide variety of inhabiting options available.

As previously mentioned with Singapore's rental market, the choice of region in this tiny country can make all the difference to the price of property too. Choosing to purchase an apartment in the city centre can cost almost double that of one in a more peripheral part of Singapore, as demonstrated above with figures provided by Numbeo. Ultimately, property hunters will need to thoroughly cross-examine their needs with their budget before settling on an accommodation option in this highly affluent part of the world.

Expats often report having struggles to create a work-life balance when adapting to the Singapore lifestyle, which is business-oriented in nature by many accounts. However, the country still has a strong, multicultural community and plenty of activities, bars and restaurants for leisure time. A pair can expect to spend S$60 on a mid-tier three-course meal, which is marginally cheaper than pricing in Australia, the US and parts of Europe (Numbeo).

Those thinking of moving to Singapore will also take comfort in the fact that Singapore’s network of expats is particularly strong, with regular meet-ups for people of all ages, nationalities and demographics. A great way to meet people is by joining one of the social clubs, some of which cater to different countries of origin. Membership in these clubs is an investment, however, with the American club costing S$24,365 for an individual including entry fees.

Health and Fitness Costs in Singapore

Singapore’s healthcare system has a great reputation in Asia and all over the world, according to Bloomberg’s 2018 report. This unfortunately comes at a substantial cost for those who are not Singapore natives or do not have permanent residency. Expats can get similar cover by seeking out their own private health insurance. It may be worth investigating if a potential employer provides for this when budgeting to make the move away. 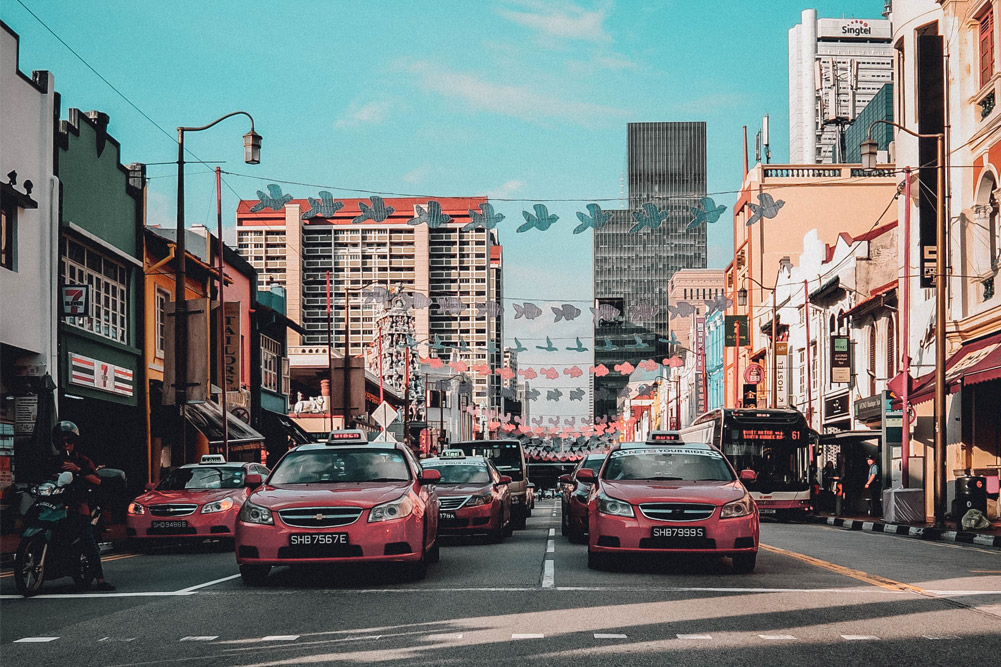 Travel and Commuting Costs in Singapore

With an area of only 700 square kilometres, there’s never that far to go in Singapore. It takes an approximate forty-minute drive to get from Nanyang Polytechnic University in the West of the country, to Changi Airport across in the East. Numbeo states that 1 litre of car fuel costs an average of S$2.28 in the city-state, making it the 11th most expensive in the world – however, it is likely to go further with long-distance journeys being few and far between.

Singapore is well-served by public transport, with light rail, underground, bus, ferry and cable car services available. Numbeo approximates the cost of a monthly travel pass to be S$100 in Singapore, which is comparably cheaper than passes in countries renowned for their transport infrastructure, such as Japan and Germany.

Some readers may be wondering how much it will cost to bring a family along with them to Singapore. Childcare and schooling will be another unavoidable expense in this case, and is unfortunately quite high, too.

The cost of schooling in Singapore will vary according to the child’s country of origin. According to Living in Singapore, public schooling can cost up to S$727 per month for children from ASEAN countries, while the fee for an international student’s education is a monthly rate of S$1027. International schools are also a popular option among expats, but come at a heftier price: Numbeo quotes the yearly average fee as S$26,743.55 per year.

Preschool costs are no cheaper, unfortunately, averaging at S$1160.69 (Numbeo), while university fees can cost up to S$33,200 per year. As a result, one major drawback of Singapore is its costly education system for children at any life stage. Families thinking of emigrating to the city-state may find this to be some red-tape, but if one can afford it, the community, activities and services available to families and children make it worthwhile.

If you're moving to Singapore for college, you can use CurrencyFair as a cost-effective way to pay fees.

Is Moving to Singapore a Good Idea?

While emigrating to Singapore can be a success story for many people looking to pursue a successful career or a sophisticated way of life, it is advisable to plan spending as much as possible before making any big decisions. Where opportunity cost matches your means and aspirations for the future, however, it is unlikely that the vibrant city-state of Singapore will disappoint.

When you need to move savings to or from Singapore, CurrencyFair offers the support, speed and great exchange rates needed for your money transfers. Banks hide their fees in poor exchange rates, often charging as much as 3%-6% in excessive margins. CurrencyFair is around 0.45% away from the currency market rate, meaning it can be up to eight times cheaper for you to send money online with CurrencyFair.