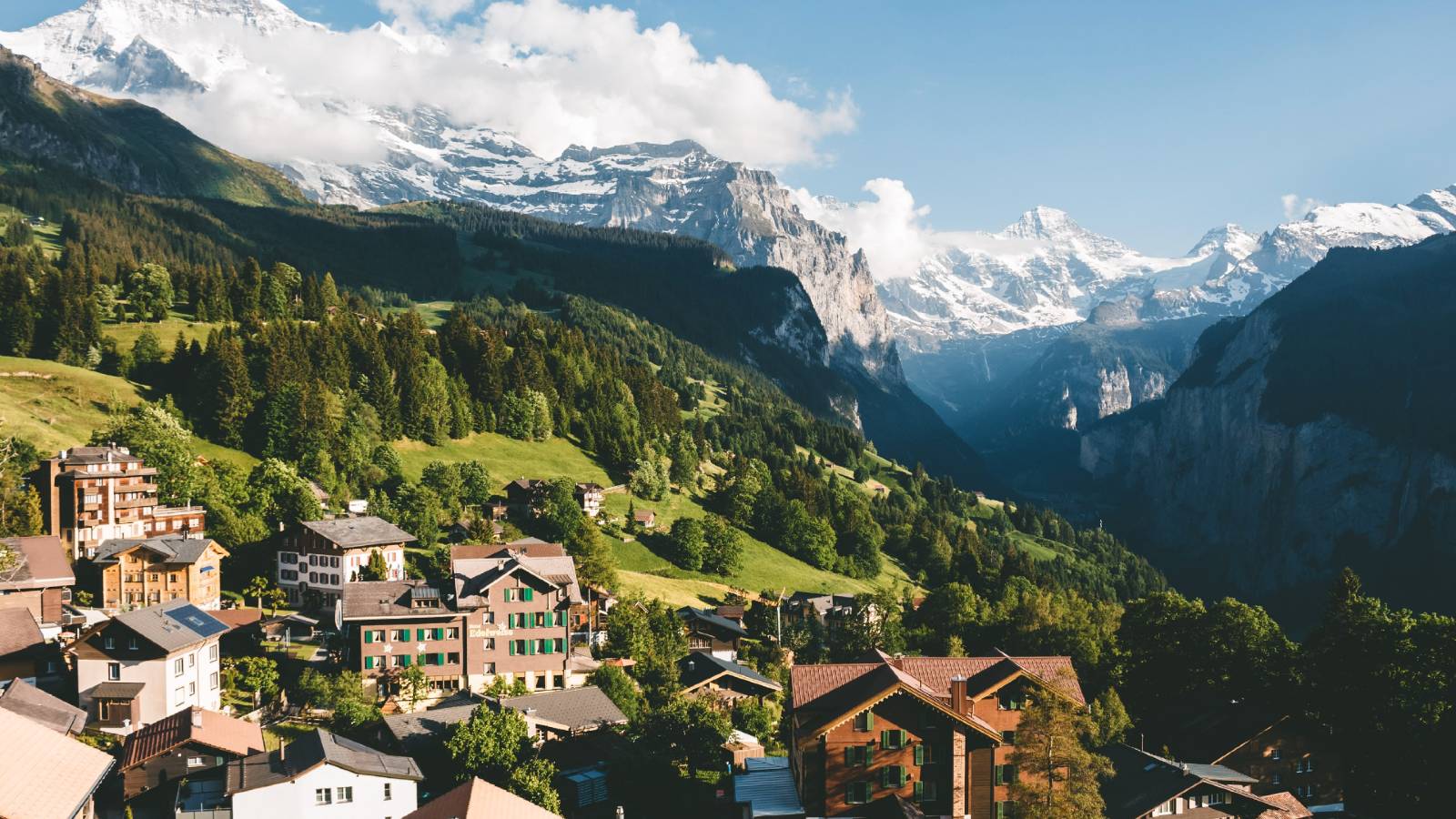 It may be one of Europe’s smaller nations, but Switzerland is also one of its wealthiest. For that reason, this multilingual land of mountains and lakes has always been a big draw for multinational businesses and expats, particularly from the United States and United Kingdom. If you’re looking to join the 2.2 million-strong foreign born population in Switzerland, this guide will help make moving to Switzerland a smooth, efficient transition in the finest Swiss tradition.

Is there a culture shock for expats?

In general, expats moving to Switzerland from the US or UK will find that it’s relatively easy to adjust to life there. Although the country is divided into 26 cantons, each with its own subtle differences, there are expat communities in all the major cities.

Geneva and Zurich in particular are remarkably cosmopolitan, as one might expect from the homes to the United Nations and FIFA respectively. Harder to grapple with can be the fact that Switzerland communicates using four official languages (English not included) depending on the region, namely French, German, Italian and Romansh.

The cost of living in Switzerland

Unless you’re arriving from Bermuda, the cost of living in Switzerland will come as a shock. That’s because Switzerland ranks as the second most expensive country to live in worldwide, some way ahead of Australia (12th), the United Kingdom (17th) and the United States (20th).

Admittedly, average monthly salaries are higher, so purchasing power does keep pace, but expect to devote a large proportion of your available income to living expenses. Zurich holds the dubious honour of being the most expensive city in the world, closely followed by Geneva. If you’re moving from New York City, London, Hong Kong or Tokyo, however, you may wonder what all the fuss is about.

Where to live as an expat

Switzerland has a world-beating railway system, yet you’ll find nowhere that is on the wrong side of the tracks. It’s the 7th safest country in the world with low levels of crime and a consistently high standard of living across the most popular Swiss cities among expats.

Whichever canton or city you choose, bear in mind that renting is the standard in Switzerland. Around 60% of the population rents, which can make finding an available apartment a competitive affair. Finding a pet-friendly apartment or one with a yard is also extremely hard. Typically, you’ll be required to provide a three-month deposit as well as references.

Based on a rough national average, expect to pay €1,110 for a one-bedroom, and €2,088 for a three-bedroom apartment, but considerably more in the major financial centres of Zurich and Geneva. Watch out too for a lesser-known quirk of the Swiss rental market — moving dates are standardised according to city or canton. In other words, everyone’s rental contracts expire around the same time, so it’s important to have all your paperwork ready.

The reality of opening a Swiss bank account is far more mundane than international espionage thrillers suggest. Current accounts for expats are not anonymous. In fact, you’ll usually need an employment contract to open one and most will charge a monthly fee. Note that Switzerland uses the Swiss Franc (CHF).

To live and work in Switzerland as an expat, you will need to apply for a long-stay visa. These are subject to federal and cantonal approval and the process can take up to six months for non-EU applicants. A word of warning — Switzerland is currently aiming to limit immigration from non-EU countries and sets a quota each year. Typically, expats choose one of the following residency categories:

Once you settle in Switzerland, you must register at the resident services office in your canton within 14 days of arrival.

Expats will also need a work permit to take up employment in Switzerland, and the process is by no means easy, even for Americans who are familiar with working in Europe. You may need a university degree, professional experience and proficiency in one of Switzerland’s official languages to meet requirements, and even then success depends on the available work permits under the current quota.

Getting a job as an expat

Switzerland already has a highly educated, skilled workforce, so finding a job there can be challenging. Most expats moving to Switzerland arrive with a position at a multinational company already secured. Nevertheless, you may have to get your professional qualifications recognised if you’re working in a regulated sector like healthcare or financial services.

One of the many perks of living and working in Switzerland is that the country offers the fourth-highest average salary in the world. Converted to US dollars, the national average of $82,620 compares favourably with the United States ($64,140) and the United Kingdom ($39,830), and income tax rates are below the global average (22.8% for a single person vs 34.6% globally).

There is the cost of compulsory health insurance to factor in. Premiums average around $370 a month in return for a highly rated universal healthcare system. Expats from the UK may struggle with the idea of health insurance (for now), but for American expats used to paying upwards of $450 a month, Swiss healthcare represents a saving.

The work-life balance is alluring too. With so many Alpine pistes to ski and lakes to kayak, the Swiss have little time for long hours in the office. When the working week draws to a close, the custom is to head outdoors and enjoy nature.

However long you plan on moving to Switzerland for, you shouldn’t have to spend any more than you have to on sending your money from your home bank to your local account. Complete the process with CurrencyFair and you can transfer money as much as eight times cheaper than with conventional banks.

How Google changed its performance reviews to waste less time