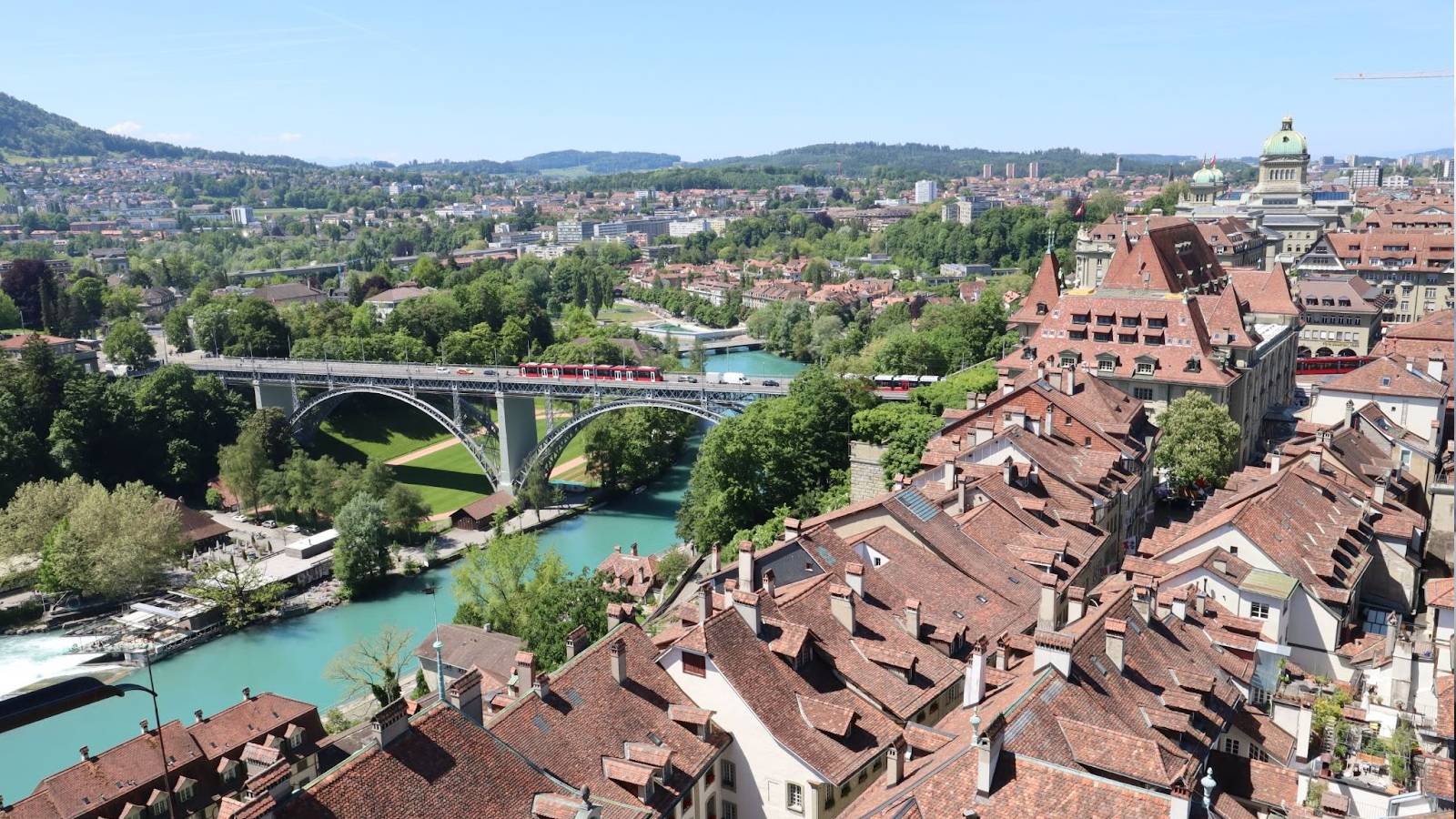 This landlocked country with a population of 8.6 million boasts excellent healthcare, transport and education, low crime, impressive work-life balance and well-documented natural beauty. It’s cosmopolitan too. More than a quarter of the resident population are expats, with more than 2.2 million foreign nationals either working temporarily in Switzerland or choosing to retire or relocate there permanently.

To identify the best places to live in Switzerland for expats, we’ve scoured all 26 cantons and navigated the country’s four official languages to find the 10 best cities. The task was made easier by the fact that four Swiss cities rank in the Top 50 Best Cities for Expats according to the Insider Survey, and that there aren’t that many to choose from. Only 10 cities in Switzerland have more than 50,000 inhabitants. For that reason, as well as the best cities for work and study, we’ve also found a place for the most affordable and most beautiful cities in Switzerland too.

Discover our best 10 cities in Switzerland for expats.

Information correct as of November 2021. In the spirit of Swiss diplomacy, they are in no particular order...

As you might expect from a city that is home to the United Nations, International Red Cross and World Health Organisation, Geneva is one of the most cosmopolitan cities not just in Switzerland but globally. The second-largest city in Switzerland sits on the shores of a famous lake, in the shadow of the Alps and Jura mountains, in the French-speaking part of the country. There’s lots to love, but at a price. Geneva is ranked as the world’s seventh most expensive city by the World Economic Forum. Expats will find their Swiss franc stretched by Geneva’s famous fashion boutiques and fine dining restaurants, while housing costs can be astonishingly high.

Laidback Lugano epitomises the high standard of living that Switzerland is famous for. This Italian-speaking city in Ticino canton sits on the shore of Lake Lugano in the country’s south. The climate is warmer, the culture distinctly more Italian. Milan is only an hour away after all. Lugano is a popular choice for expats too. Foreign nationals make up over 35% of the city’s population. Because Ticino is Switzerland’s most popular holiday destination, it can take time for you to feel like an expat rather than a tourist. Despite the visiting celebrities, and Instagram-ready squares and parks, it’s still Switzerland’s third most important financial and business centre.

“St. Gall” might be better known for the highly-rated University of St. Gallen, one of the world’s top business administration schools, but it’s also one of the best towns in Switzerland for those graduating to retirement age. That’s partly due to the old European atmosphere, as well as the quiet pace of life. Located in the country’s northeast, St. Gall is also a more affordable option for expats working in nearby Zurich. Even closer is the German border and Lake Constance, and Swiss German is the most commonly spoken language. Peaceful and charming are two words commonly used to describe the town, with a caveat that younger expats might find St. Gall a bit too low key compared to Zurich or Geneva.

The largest city in Switzerland (and the most popular home for expats) is synonymous with international banking and finance. Appropriately, it is also the most expensive city in the world to live in. Nevertheless, around 125,000 expats call Zurich home, or rather “die Heimat”, since it is in the German-speaking part of the country. Like Geneva, Zurich juxtaposes a historic Old Town with an ultra-modern, cosmopolitan and international dining, arts and bar scene. There’s no shortage of luxury shopping or high-end dining, as well as more than 50 museums and 100 art galleries. Like all Swiss cities, there’s a stunning natural backdrop free of charge too.

Historic Winterthur, home to 16 museums and the obligatory Old Town, is Switzerland’s sixth-largest city in terms of population. Since it falls within the Zurich canton, many expats choose to base themselves in “Winti” and ride the 20 or so minutes on world-class transport to its larger neighbour. In doing so, expats can enjoy more affordable housing options and a quieter pace of life that still finds room for a lively cultural scene. Come for the opportunities in IT and telecommunications. Stay for the largest pedestrianised area of any Swiss city.

Fun fact: Bern is the capital of Switzerland. It might be only the fourth largest city in the country, and life moves at a distinctly slower pace than Zurich or Geneva, but it’s home to the Swiss Parliament and is perhaps the most quintessentially Swiss city of all. Bern has a relatively high expat population — around 30% of the local population are resident foreigners — with plenty of reasons to move there. The whole city centre is UNESCO World Heritage-listed, and the city is surrounded by picturesque mountain villages and riverside towns.

Just half an hour from Zurich, Zug is a popular city for expats, with a large English-speaking community despite being in the German-speaking part of the country. But there’s more to Zug than a satellite town for those working in Zurich or Lucerne. That’s partly because the Zug canton is something of a tax haven in Swiss terms, which has enticed thousands of international companies to base themselves in this 800-year-old city. Live here as an expat and you have some of the country’s best ski resorts and hiking destinations on your doorstep, as well as a wide selection of top international schools for expat families with children.

If Zurich is the financial capital, Geneva the international capital, and Bern the administrative capital of Switzerland, then Basel is the cultural capital. The third-largest city in Switzerland sits near the French and German border, close to the Rhine river, Black Forest and Jura mountains. Some expats will find that the location, as well as the large student population, makes Basel feel more outward-looking than other Swiss cities. That said, it’s small. The historic Old Town can easily be covered on foot.

Surrounded by beautiful lakes and mountains in German-speaking central Switzerland, Lucerne is considered a gateway to the Alps. In summer months, expats will be sharing the narrow streets with tourists who have come for the Alpine hiking, boating on the lake, or just a visit to the world-famous Kappelbrug, a wooden bridge that dates back to the 14th century. In winter, it’s a key hub for skiing. Although Lucerne (or “Luzern” in German) is a big draw for tourists, a quarter of the city’s resident population are expats.

Cosmopolitan Lausanne is the fifth largest city nationally, but the second largest on Lake Geneva. The International Olympic Committee calls this arty (Montreux is just a short journey away), elegant, French-speaking city home, as do a large number of expats looking for a (slightly) cheaper alternative to Geneva. It might be a lakeside city, but Lausanne is famously hilly too. Without those steep terraces, however, the climate wouldn’t be perfect for the Lavaux vineyards, a UNESCO World Heritage site.

Each of these 10 cities articulates the unique charms of Swiss life in its own understated, multilingual and remarkably safe way. The common thread, however, is that all present a noticeably higher cost of living than most global expat destinations. Bearing in mind that Switzerland is not part of the European Union or part of the eurozone, expats should budget accordingly and choose their foreign exchange options wisely to secure the best rates.

Planning on moving abroad? Save money when you send money with CurrencyFair’s low-margin FX rates.

​​Before making any financial investment decision you should consult with a licensed, regulated, independent financial advisor. This information is correct as of 1 November 2021. The article is purely for general information purposes. Photo by Carol Jeng on Unsplash

A simple guide for foreigners buying property in Italy

How to avoid potential pitfalls when buying a property in Italy