How to Adjust to life in Hong Kong as an Expat 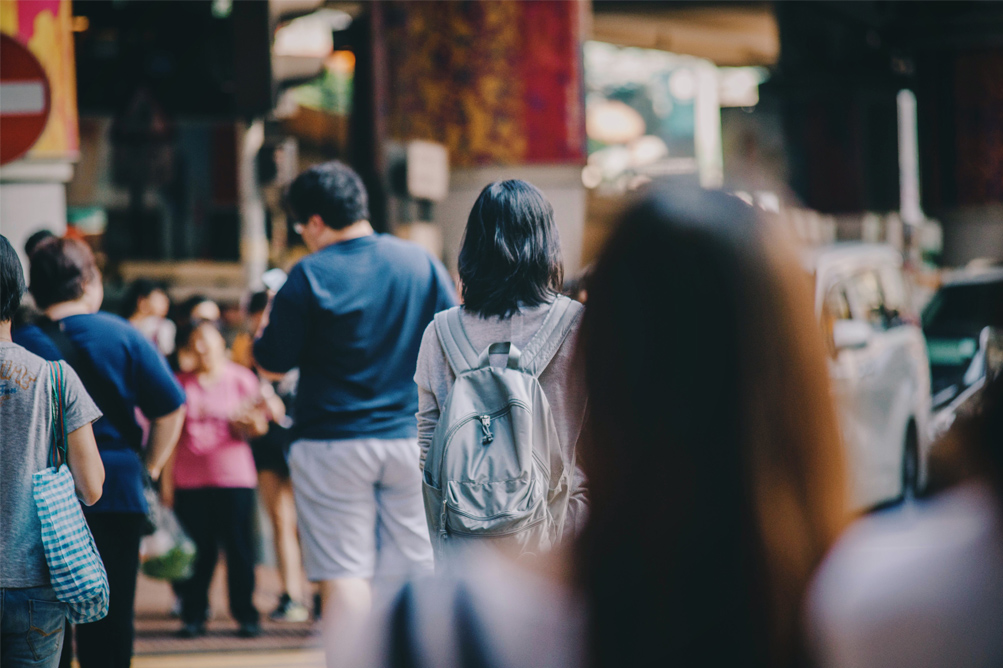 Moving abroad brings with it a slew of important tasks like finding accommodation, sourcing a job and securing a visa. These tasks can be quite time consuming and as a result you might forget one of the crucial ingredients to migrating – getting to know the nuances and quirks of your new home country. Although Hong Kong is a very culturally accessible place for expats, it may still take time for newcomers to adjust during the first few months of living there. Here are some of the things you might start to notice when going about your daily life in Hong Kong:

Hong Kong is a financial hub, with over 200 banks from 30 countries operating there. The Hong Kong Dollar is one of the ten most traded currencies in the world, according to Living in Hong Kong. The region’s free trade and low taxation make it an attractive place for many businesses all over the world, as well as for prospective expats looking to make more money, or to progress professionally. Work is a central part of the typical Hong Konger’s life.This level of dedication may at first come as a shock to the newly arrived expat.

Hong Kong offers a range of banking services. Find out what bank could be best for you by reading our guide to banking in Hong Kong.

As mentioned above, many expats relocate to Hong Kong with a view to accelerating their career or earning a better salary. The tradeoff for these opportunties may be long hours at the office and late night conference calls, as is standard in the highly industrious region. Many compensate by fitting down-time into less conventional hours of the day or making up for lost time on the weekend. While you can expect to have a jam-packed social calendar in Hong Kong, it’s important to take down-time when needed. This new, busy lifestyle will take some getting used to.

They say it’s not what you know, it’s who you know – this is doubly true in Hong Kong. When you first move, you’ll notice that the tightly knit expat community will be keen to help you settle in. It seems like everyone knows everyone; people are keen to make connections that can lead to fruitful friendships, interest groups and business relationships. Networking will likely become a central part of your life in the “small world” that is Hong Kong.

Social connections are highly valued by Hong Kongers, yet their way of socialising can be viewed as distinctive by recently arrived expats. As stated by InterNations, the region’s culture is built around “unspoken customs”: It is the norm to stand very close to the person with whom you are sharing a conversation, yet locals are not appreciative of physical contact like hugs or pats on the back. Small talk, public displays of affection and holding the door open for strangers are also considered inappropriate. Even the initiation of a handshake is an action laden with social meaning, only to be initiated by elders and superiors.

Hong Kong is one of the most densely populated regions in the world. Relatively confined spaces, by western standards, may take a toll on those who are new to the area. Spacious apartments and houses come at a premium price, and in 2017 the Hong Kong Free Press reported that residents here enjoy less than half as much open space compared to the inhabitants of other Asian cities. This may seem like a disadvantage from a recreational point of view, but expats will soon find a whole new world of leisure in its offerings of junk boating, hiking and many other adventurous activities.

The lack of space in Hong Kong can make property costs very expensive. Read on about Hong Kong’s cost of living here.

Despite Hong Kong’s excellent standard of living and life expectancy, the level of air pollution in the region can be a major drawback to moving there. The smog is caused by the large number of factories operating here, as well as by its high traffic density and the presence of coal-burning power plants on the island. This reality of life in Hong Kong could affect your lifestyle in a number of ways: Some expats note less visibility on roads, while others suffer from having to limit their children’s outdoor playtime. The prevalence of asthma and lung infections are another more unsavoury part of life in Hong Kong, but can be helped by taking precautions like keeping house plants, or investing in an air purifier.

We have all heard about Hong Kong’s extreme heat and humidity during the summertime, but there’s nothing quite like the warm, sticky air hitting you when initially stepping off the plane. Humidity can reach 95% at some points during the year, according to Medium. The region is quite prone to typhoons, and while this may sound alarming, authorities are well accustomed to responding to incoming storms. During high season, it is usual for signs to be displayed, indicating the level of danger associated with the oncoming typhoon.


Despite the culture shock and dramatic change of living conditions which many expats experiencee when moving to Hong Kong, employment visas here have increased by 30% over the past year. It’s a strong indicator of the region having much promise for those willing to make their dream work, despite the unrest currently faced by the region. Expats may want to check in with their local travel advisories before committing to a move, for that reason.

Making the leap of moving to Hong Kong will present both challenges and opportunities for those new to expat life. Psychologist Hannah Sugarman states that moving will have its inevitable ups and downs, and that it’s important to acknowledge the challenges of migrating as completely normal:

The best thing you can do to give yourself a great start to your Hong Kong adventure is to allow yourself the time to adjust. No good experience comes without challenges, and by making the move you will be able to immerse yourself in a fascinating new culture and access travel opportunities that many people will never get to experience. Give it time, and wait for Hong Kong to work its charms on you.

You could use CurrencyFair to make settling in Hong Kong easier. We provide a stellar service with only a small fixed charge, and exchange rates to beat the banks. You can use our five-star service to:

– Pay for property in Hong Kong

– Send money back home once you’ve made the move

How we build real relationships with our customers in Singapore