Why Phil can't wait to #ComeHome 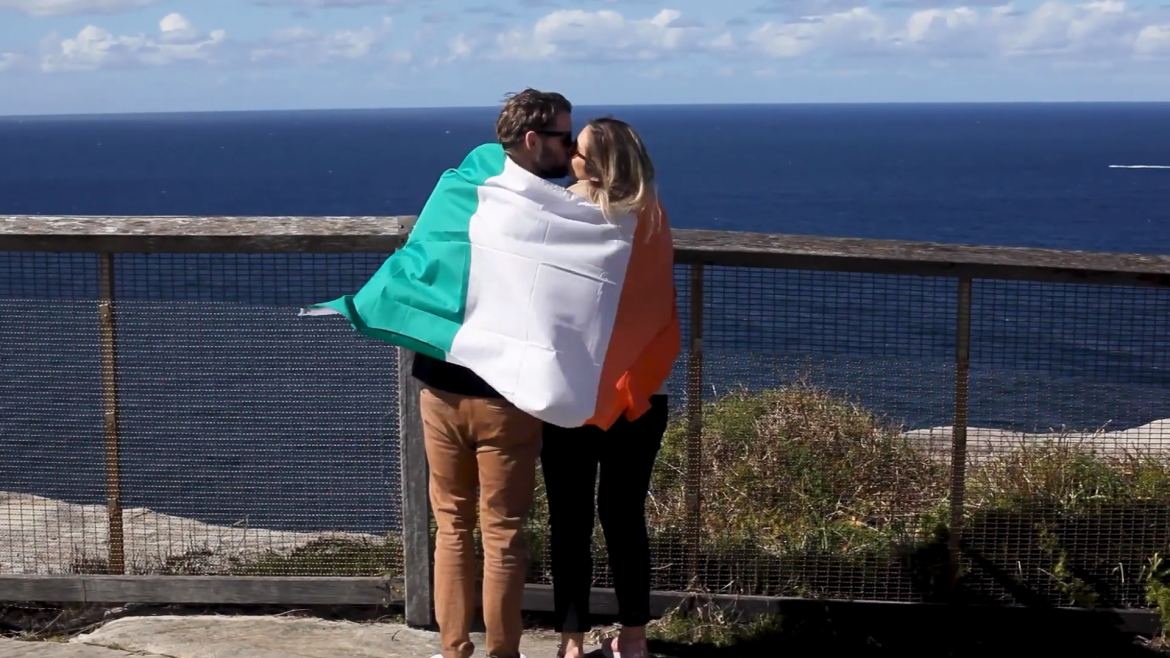 From all corners of the globe, over 600 Irish expats submitted their stories, photos, and videos telling us what home means to them. We were overwhelmed by the quality of the submissions, and choosing one winner was no mean feat for our judges.

Eventually, after much deliberation, one entrant came out on top.

Without further ado, we’d like to introduce our winner - Philip Cahill!

Philip made the leap from Dublin to Sydney ten years ago.

After a decade abroad, Philip says his biggest motivation for entering the competition was to be near his family and friends again.

“The main thing driving me to come home was my family. I miss my parents, my brother, sister, and my six nieces and nephew. I’ve missed a lot of Christmases and birthdays.”

But he won’t be making the journey home alone, as someone very special will be joining him to build a new life in Ireland.

Philip met his partner Cecilie three years ago in Australia. From Norway originally, Cecilie visited the Emerald Isle for the first time last year and is now looking forward to making the move and putting down roots in Ireland.

“We’re excited to begin wrapping up our life here to come home,” he beamed.


We announced Philip as the competition winner live on the Ray D’Arcy Show on RTÉ One last month.

But not without a little bit of good-humoured trickery...

We told Philip that he was part of a shortlist, so when it was revealed that he had won the grand prize, hundreds of thousands of people across the world got to experience the shell-shocked couple’s genuine exuberant reaction.

“The show was a bit surreal. It was more nerve-wracking than I thought! And Skype didn’t work!” he laughed.


“We were on live TV for a minute or two before it connected. Eventually, I saw a bad quality image of my mam and my brother and sister on the couch. We probably looked like we didn’t know what was going on - because we didn’t!”

“After that it was amazing. We were just pacing around the apartment for an hour or two. The phone was ringing off the hook, we were getting calls non-stop from our friends in Dublin. Reality set in over a day or two.”

One thing’s for sure, Philip’s candid yet comical poem is sure to hit a nerve for each member of the Irish diaspora and their families.

With over 10,000 miles between Sydney and Dublin, visiting home was an occasional treat Philip relished.

“I love that feeling I get when I’m flying home or when you’re walking down the street and you hear the accent. There is such a friendliness in Irish people, a feeling of warmth. I also missed the decent pubs!” he laughed.

Although moving halfway across the world for the second time is a daunting task, Philip and his family are thrilled that finally, it’s time for him to come home.

“Any kind of change is a bit daunting, especially with a career and an apartment here, you’re uprooting yourself out of that - but I’m too excited to go home to worry about that.”

As for what he’ll miss about Australia?

“I will miss the close friends and work colleagues I’ve been lucky to have built up during my years here, but maybe I can start planning to entice them over to Ireland once I’ve moved back! I’d be lying if I said I wouldn’t also miss the sun.

He added: “I’d like to give a huge thanks to all of my friends who helped me with the video, and to my family after making them go on TV.

“Thanks for CurrencyFair for the competition, it really is amazing and it’s going to change our lives.”

Our panel of independent judges included Jarlath Regan, award-winning comedian and host of the podcast An Irishman Abroad; Clisare, one of Ireland’s biggest YouTube sensations; and Stephen Palmer, who founded the blog Irish Around Oz.

What can CurrencyFair do for you?

Whether you’re moving savings abroad, sending money home, or even purchasing property overseas, with CurrencyFair you can enjoy the security of a bank - without the hassle of a bank.

We are up to eight times cheaper than banks - and as our marketplace is available on desktop and mobile (Apple and GooglePlay) you can access our platform even if you’re on the go.

See how much you could save

Money Transfers for International Students in the UK