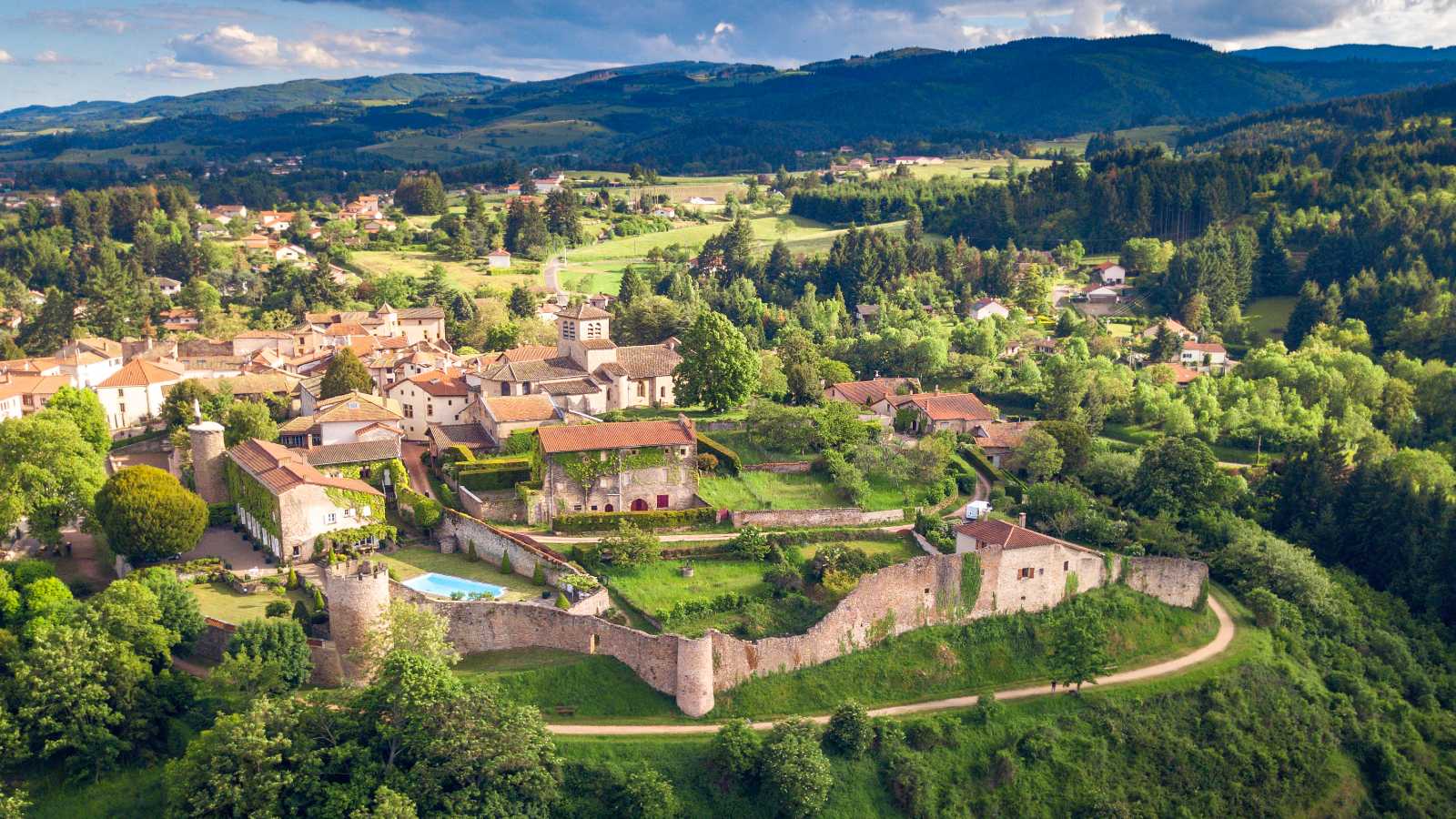 Can you see yourself living in the world’s favourite tourist destination? More than 70 million visitors a year come to France on vacation, but for at least 150,000 Americans it’s home. Few regret the decision. Overall, 79% of expats who move to France are happy with their choice, and if you’re moving to the French countryside in particular, a whole new lifestyle beckons.

Moving to the French Countryside

There are challenges, of course. Finding an international job in Europe as an American can be difficult, and there are certainly cheaper countries in the world for expats to choose from. The visual difference between rural and small-town America and France is vast, but the two communities are not so dissimilar once you’ve mastered the language. Here’s how to move to France as an American and the important things to know before you go.

There's a considerable amount of paperwork to navigate as a budding American expat, but France’s administrative procedures have improved enormously. You can apply online, upload your supporting documents easily, and even expect a reply without having to refer once to stereotypes about French bureaucracy. Here’s what you’ll need to know to live and work in France.

As an American, you can visit for 90 days but will need a long-stay visa thereafter which you'll need to get before you arrive in France. Apply through the France-Visas portal and find your nearest French consulate for the in-person visit. There may well not be one in your state.

A long-term visa is valid for up to one year. It allows you to travel within the Schengen area should you want to pop over to neighbouring Switzerland for some skiing, or sample Oktoberfest in Germany, for example.

If you’re moving to the French countryside for more than a year, you must apply for a Carte de Sejour at your local prefecture or sous prefecture. It’s a good idea to have your birth certificates, diplomas and resumes translated into French in advance to speed things along.

If you’re working in France, you'll need to apply for a work visa and get your employment contract approved by the French Labour Ministry before you arrive. There are numerous options, ranging from work permits for American employees at a French branch of a multinational company to the Talent Passport for highly skilled workers. You can find which work permit you need here.

You’ll be resident for tax purposes in France if you’re putting down roots in the French countryside for longer than 183 days. Income taxes are generally higher in France, starting at 30% for non-residents, and VAT is at 20%. There are no sales taxes, however, so what you see on the price tag is what you pay at the counter.

Remember that the Internal Revenue Service (IRS) will be following your new life in France with interest. You’ll still need to file a tax return, but if you need to pay tax overseas in another currency, CurrencyFair’s great exchange rates and transparent fees can help you save money.

Since 2016, non-Europeans who wish to settle in France must sign the Contrat d’Integration Republicaine (CIR) with their local Office français de l’immigration et de l'intégration (OFII), in which you promise to integrate. Although it isn't mandatory, knowledge of French up to A1 standard is preferable. In practical terms, learning French is essential if you wish to flourish in the French countryside, where English is less likely to be spoken.

The process used to be tortuous, but now you can open an online bank account easily and quickly. You’ll need a bank account to set up utilities, cable, and pay taxes, etc.

The French healthcare system is one of the best in the world, and something of an eye-opener if you’re coming from America. It’s a hybrid system under which you’re reimbursed for up to 70% of healthcare costs. To set up cover, first obtain your Carte Vitale from the local Caisse Primaire d’Assurance Maladie (CPAM). Your contribution to the French social security system will be deducted automatically from your monthly salary.

Around 40% of French people rent rather than own their house, so there are usually plenty of properties to choose from. Away from Paris in particular, you’ll find that monthly rental prices in the French countryside can be as low as €500 per month for a one-bedroom apartment, so if you’re moving from New York City or San Francisco the upgrade in disposable income is considerable. Note the following, however:

Where to move in the French Countryside

Few countries manage to pack so many different types of cuisine, climate, culture and topography into such a small area (from an American perspective). Despite being smaller than Texas, France offers everything from wine country; Alpine skiing towns, and medieval villages, to picture-postcard Provencal towns in the south. Here are the top picks for American expats out of France’s 13 regions.

This is the France of Jean de Florette and A Good Year, blasted by mistral winds off the Mediterranean in spring but heady with the aroma of lavender and its eponymous herbes during the fearsomely hot summers.

The expat population is relatively small (around 7%) and the local accent can be hard to grasp with high school French. But head here for a life of sipping rosé on the terrace of your stone cottage perched in the mountains overlooking the Mediterranean sea.

This golden stretch of wild Atlantic coastline and wine country in south-western France is popular with tourists in summer, but light on expats (less than 5%) overall.

Bordeaux and Biarritz are two of the best-known cities, but beyond it’s a region where an American expat can easily lose themselves among the rolling vineyards and forests. Head to the south-west to find your “Charentaise” style farmhouse with wooden beams, courtyard and acres of land.

This southeastern region sits in the shadow of the Alps but in the heartland of classic French gastronomy. It’s home to Lyon, the capital of French cuisine, and the Rhone Valley wine region, and enjoys a high standard of living overall (not to mention a higher cost of living).

If you like the outdoors, there are lakes and ski resorts a short drive away. If you want to indulge your palate, the Savoie region is famous for its cheeses and charcuterie. Pick the south-east for your mountain chalet, and weekends hiking and cycling to burn off the calories.

The departments stretching along the English Channel and Belgian border put you close enough to Paris, but far enough to find an affordable property in the middle of nowhere. Imagine vast stretches of farmland, tiny villages with a past (whether it’s medieval or World War Two), and a quiet, conservative, rural culture.

The downside is that the winters can be grim, but you’re just a few hours from London, Amsterdam, Brussels and more if you need to get away.

Rural Burgundy, in central-eastern France, is another wine-steeped region that encapsulates many foreigners’ perceptions of French country life. Here’s where you can find a farmhouse or cottage in a quiet market town, and put your self-sufficiency to the test.

Burgundy is very green, old-fashioned and traditional, but if you’re struggling to settle, there’s also a relatively large British expat population to connect with.

Reaching out into the Atlantic Ocean, Brittany distances itself from “typical” France through its Celtic heritage and language, customs and traditions. It’s also a very affordable region that is popular with British expats in particular. You could find your “chateau” or farmhouse here and immerse yourself in Breton culture, which is heavily influenced by seafaring, traditional music and cider.

Covering the Languedoc-Roussillon region near the Pyrenees mountains that set the border with Spain, Occitanie is another region that attracts expats, thanks to its Mediterranean climate, vineyards, ancient medieval and Roman history and cuisine. Life is slower in this part of France, but if you can wind down in wine country you could find yourself living in a historic house whose stonework alone predates the Pilgrim Fathers.

If you’re planning to move from the US to France, you’ll want as many of your dollars as possible to arrive with you as euros. Transfer your money with CurrencyFair and you can save up to eight times the cost of using traditional banks.

This information is correct as of June 2022 This information is not to be relied on in making a decision with regard to an investment. We strongly recommend that you obtain independent financial advice before making any form of investment or significant financial transaction. This article is purely for general information purposes. Please note that depending on your nationality and visa requirements some of the above options may not be choices which are available to you. ​Photo by Max Zed on Unsplash.

How Google changed its performance reviews to waste less time