Why Your Business Should Consider Expanding Into Australia 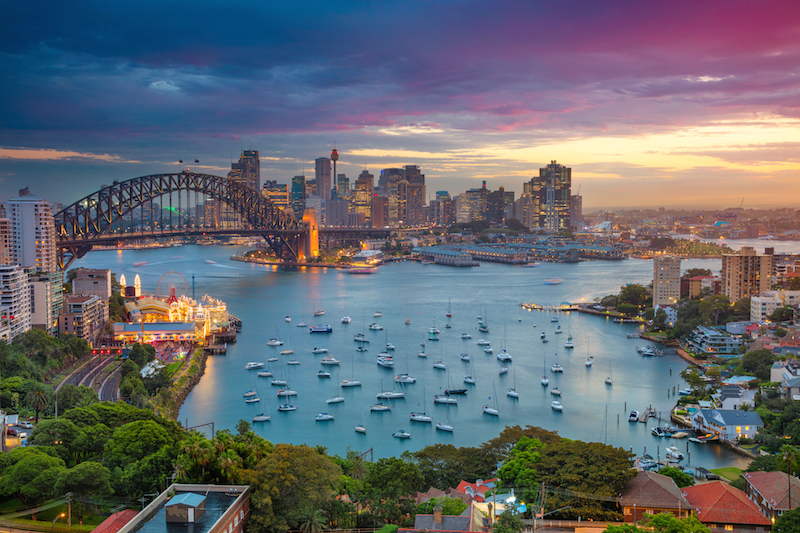 Considering Setting Up a Business in Australia?

Whether you’re looking to expand your current corporation into a new region or want to start fresh in a new place, Australia is a great option for opening a business.

The current economic state Down Under makes it more affordable for foreign investors, while local governments and labor forces are eager for job creators to lay down roots. The stars seem to be aligning to create a great environment for a new business.

Here’s how you can set up business operations in Australia with relative ease.

Are you a startup? Check out our tips to being an entrepreneur in Australia.

Learn How To Start a Business In Australia

Australia is often viewed as the gateway between Asia and the West. Countries such as South Korea and Japan can get their feet wet with English-speaking countries closer to their time zones, while the lower cultural and language barriers between Europe and Australia make the East seem more approachable.

“Australia is the passport for the Asian and Pacific markets, composed of hundreds of millions of potential consumers,” the team at Startup Overseas writes. In fact, many countries in the Pacific Rim are set to become strong importers as their economies grow.

For example, the fastest growing imports in South Korea are vehicles, which up 176.2 percent over the past seven years, according to World's Top Exports. This provides opportunities for German and Italian carmakers (and supporting industries) who are looking to compete with domestic companies in that country.

The Australian Government is Lowering the Barriers to Starting a Business

Furthermore, mining isn’t an isolationist industry. Entire towns and support industries are build around it. When the mines close, the community closes. The struggling mining industry has led the Australian government to look for other opportunities to boost commerce, including lowering the barriers to starting a new business.

Many government officials are treating the mining slump as a positive opportunity to recalibrate Australian expertise. According to PWC, new businesses in Australia could contribute 109 billion AUD to the economy and create more than 500,000 new jobs in the next 20 years.

“Needing a transition away from their reliance on the mining boom of the last decade, Australia is looking towards the future where overseas investment and innovation will play an integral role in contributing towards the country’s economy,” the team at World of Expats writes.

Today, there are more than 1,500 startups in Australia, with 64 percent operating out of Sydney and 24 percent located in Melbourne. More than 75 percent of these startups work in the information media or telecom sectors, proving that the future mines run by Australian firms will be data mines.

The Australian Dollar is Consistently Weak

The mining industry has also caused the Australian dollar to weaken, which is good for foreign investors looking to take advantage of the cheaper currency. Even at the end of last year, when commodities such as iron ore saw a boost, the exchange rate remained flat.

Greg Canavan at the Daily Reckoning points to weak housing growth as a cause for the slump. This combined with the interest rate cycle is making the market uncertain and keeping the Aussie dollar down, at least for the foreseeable future. Until there is a substantial reason for the Australian economy to improve (and proof that it will), the dollar likely isn’t going anywhere. 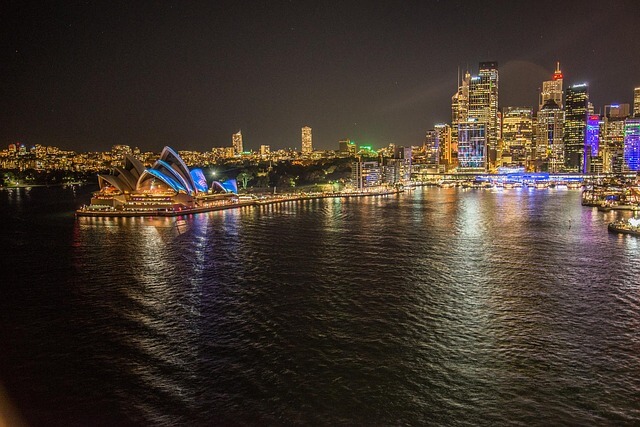 Getting Your Business Started

The actual process of getting your business registered is fairly simple. You can have everything you need in less than a week so you can focus on more daunting tasks such as navigating the tax code.

As part of the government’s initiative to increase the number of startups, it’s significantly easier to complete the start-up paperwork in Australia than in most countries.

“According to the World Bank it takes less than three days to complete the formal processes, compared to more than eight days in comparable countries,” James Pearson, chief executive of the Australian Chamber of Commerce and Industry, tells ABC News. “We should strive to make it easier for businesses to comply with government regulation by cutting red tape where possible."

Proving Benefits to the Country

The main purpose of this startup paperwork is to prove the the Australian government that your business will benefit the country in some form, according to 1st Contact. This means business owners must produce evidence of at least one benefit to the country. These include:

Essentially, the business must prove that opening a branch or subsidiary in the country will benefit Australia as a whole, either through direct employment or B2B commerce.

Registering for an Australian Business Number

The final part of the application process involves registering for an Australian Business Number (ABN), which will make filing your taxes as a business significantly easier.

“A business in Australia is still liable for taxes regardless of where the proprietor is living,” the team at ExpatFocus writes. This is a simplified explanation of tax law for businesses — especially those with headquarters outside of Australia. However, once you have an ABN you can start reviewing your tax options in more detail. 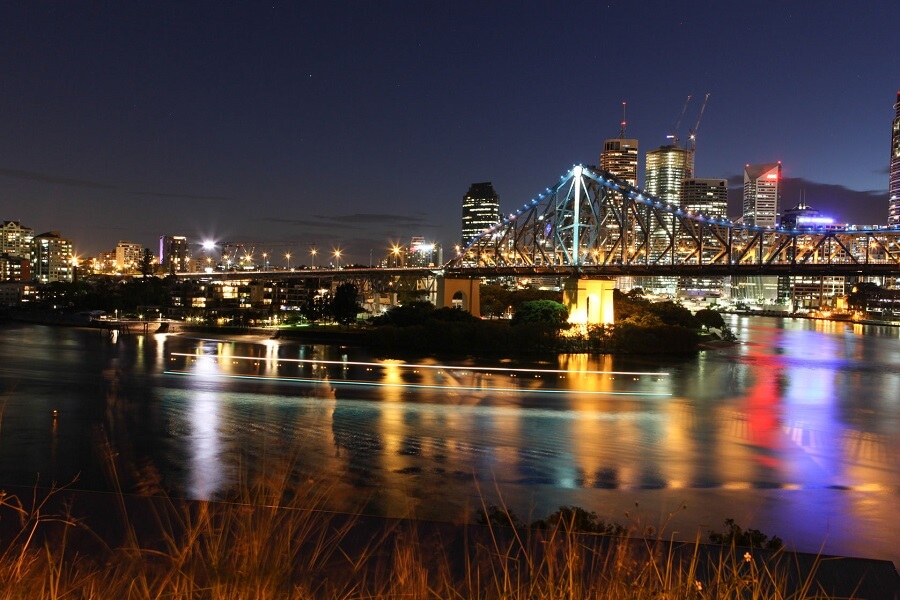 While Australia considers itself business-friendly, it’s not known for being lenient when it comes to taxes. Many businesses might be attracted to the low corporate tax rates of Switzerland or Hong Kong, but Australia’s tax code is still considered middle-of-the-road compared to most countries.

“It is true that Australia’s ‘headline’ (or statutory) corporate tax rate of 30% is higher than that of many other countries, particularly some like Hong Kong, Singapore and Ireland, which have used low tax rates to help attract international investment,” Kevin Davis writes at The Conversation.

Despite this rate, a 30 percent tax isn’t out of line compared to other G7 countries such as Japan, Canada and the United States.

Finding Tax Breaks for Your Business

Very few people enjoy sifting through the Australian tax code (or any country’s tax code), so Josh Nicholas has created a guide that breaks down options for a small to medium-sized business. The list explains various options that companies have, including:

By knowing your options, you can lower your overall expected taxes to maximise your revenue. On this list, the small business growth deductions are particularly beneficial. Andrea Beattie lists out exactly what these entail in the Huffington Post:

All of these pieces work together to create a positive tax environment for new business owners.

Deciding Where to Pay Taxes

Despite the seemingly high tax rates, much of the tax paid is rebated to shareholders through tax credits. This might give Australia a leg up when you’re deciding how you want to expand and where. However, it’s important to make sure your company won’t be subjected to double taxation between Australia and your home country.

“... Under DTAs [Double Taxation Agreements], Australian-sourced business profits or income will generally be taxable in Australia to the extent that those profits are attributable to an Australian ‘permanent establishment’ (PE),” the team at Cowell Clarke writes. “PEs are commonly defined to include branches, offices, factories and other fixed business premises.”

By only operating in Australia for a set amount of time, some seasonal companies are able to avoid qualifying as PEs under the tax code.

Interestingly, another option for expanding your business is opening your company as a franchise, which has a completely different set of tax and operating guidelines.

“Usually, franchisors will register a new entity in Australia to carry on the franchise business,” Emma Jervis writes a LegalVision. “Alternatively, they may elect to be a registered foreign entity, though this option is less popular given the benefits of limited liability associated with registering a new entity in an untested market.”

While the Australian government makes it easy to launch a business in the country, it’s up to your business model to keep you afloat. Knowing what your rights are as a branch company and permanent entity will help a great deal when it comes to finding real estate and hiring locally.

Get inspired by these Australian startups that made their mark in 2017.

How Millennials Are Changing the Business Travel Industry

Foreign Ownership: How to Manage Residential and Commercial Properties