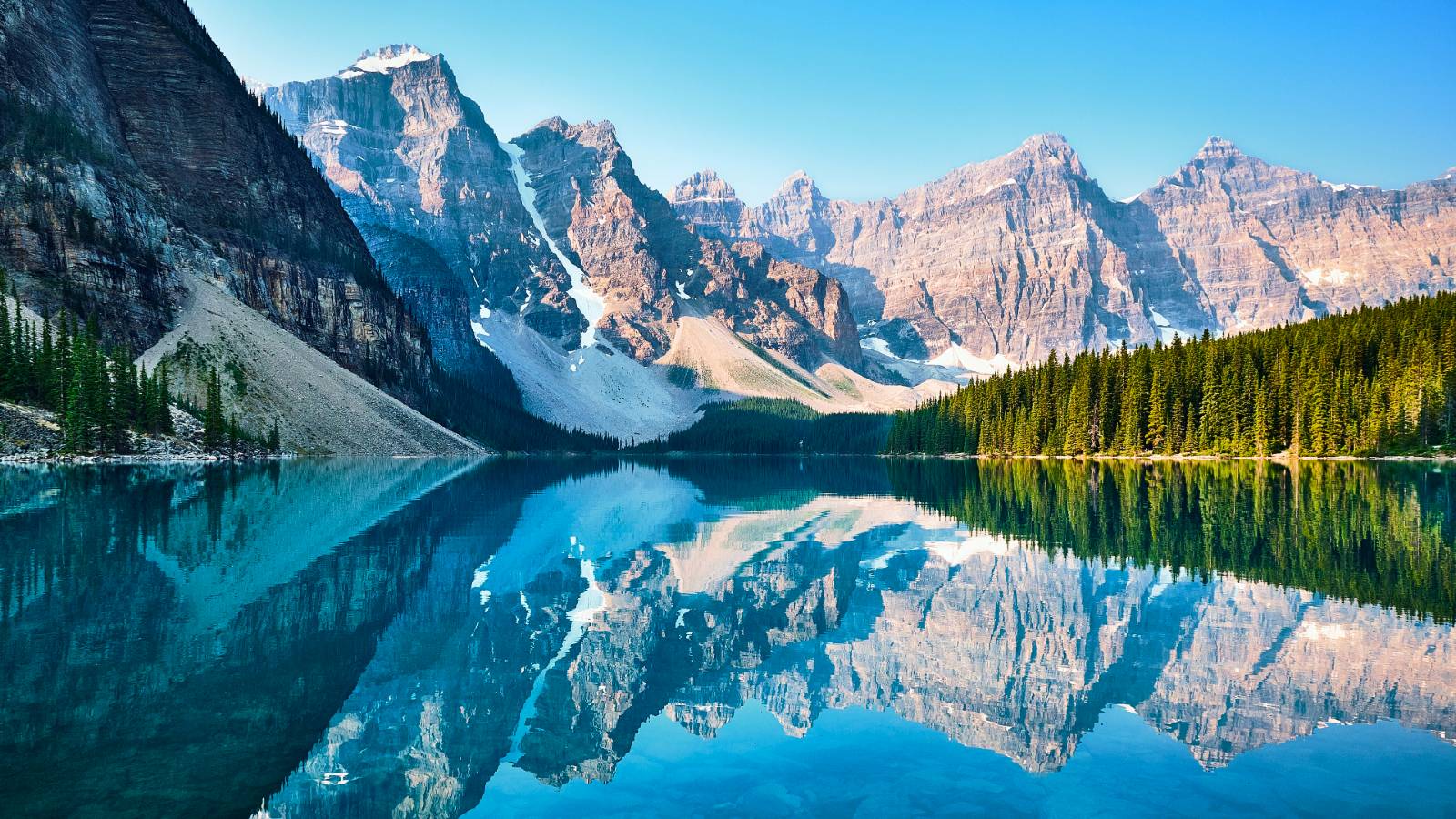 Rising consumer inflation rates, and increased food, housing and gas costs have contributed to driving up the cost of living in Canada. But despite that, with its universal public health care, excellent school system, and stunning natural beauty, Canada remains a popular expat destination.

Whether you’re trying to find a job in Canada that furthers your career or hoping to move there permanently after sampling Canadian life on a temporary visa, we’ll outline the cost of living to help inform your decision below.

One thing to note is that when it’s time to transfer funds as part of your move, or remit money back home, CurrencyFair is a safe, reliable and smart way to send money abroad with rates up to eight times cheaper than the banks.

As of July 2022, the average Canadian monthly salary is calculated to be approximately C$4,296.60 by Numbeo, a cost of living database.

For some, moving to Canada can mean the chance to increase their earning potential and send money home to family. Or to save money to purchase a property, save a nest egg for the future, or simply enjoy the high quality of life.

From how much the average monthly rent is to the price of a morning coffee, it's important to be aware of specific costs and how they can impact the money you could be saving — and how much you can remit from Canada each month.

In a list of 139 countries, Numbeo ranked Canada 21st for cost of living, on a scale of highest to lowest. As of 2022, the country with the highest cost of living on this list was Bermuda, and the lowest cost of living was found in Afghanistan. This index factors in the cost of groceries, restaurants, transportation, utilities, and rent.

Based on this comparison, your life in Canada could be cheaper than that in Ireland (13th place), Australia (15th place) and the US (17th place).

As with property prices globally, the cost varies between major cities and less developed rural areas.

According to the Canadian Real Estate Association (CREA), as of May 2022, the average price of a house sold in Canada was C$711,000. However, if you remove Toronto and Vancouver, two of the most popular Canadian cities for expats, from the numbers, the average price was C$588,500.

The most expensive place to buy property in Canada is British Columbia (BC), with the average home sold in the region costing C$989,661 as of May 2022.

Canada’s housing market is cooling down after the pandemic saw house prices rise to record-breaking highs. This property downturn is seen as a return to “normal” levels, but rising interest and mortgage rates across the country are speeding up the process.

If you're buying property in Canada from overseas, CurrencyFair offers secure, fast international money transfers, and world-class customer support in a range of languages to make the process of transferring funds simple.

According to the Zumper Canadian Rent Report, as of July 2022, 75% of Canadian cities experienced growing monthly rents and over 60% experienced double-digit year-over-year rent price growth rates.

The 10 most expensive markets to rent in Canada:

The 10 least expensive markets to rent in Canada:

If you’re planning to move to Canada and don’t have an apartment locked down, you can arrange temporary accommodation, like a hostel or an AirBnB, to base yourself in while looking for something more affordable and permanent.

Landlords will generally need evidence that you’re able to afford your rent, such as a bank statement showing proof of savings, as well as references from your employer and previous landlords, and at least half a month’s rent as a security deposit.

Travel and transportation costs in Canada

When comparing Canadian cities for their cost of living, it's important to factor in the cost of commuting every month. If you’re prioritising lower prices and moving further out of the city, include the cost of your commute in your monthly outgoings.

Canada is the second-largest country in the world, bigger than the USA, and spans six different time-zones. Depending on where you live, you might need a car to make that trip from home to work and back.

Statistics released this year showed that 68% of Canadians reported commuting by car, with 22% taking public transportation and 10% cycling to work (although this number drops during the cold winter months).

If you do end up availing of public transport in Canada, these are the costs of a monthly public transport ticket in the major Canadian cities versus the cost of a litre of gasoline and the price of a taxi. The amounts below are the full-price monthly tickets for an adult, and they vary depending on the time and range of service you need.

Heating and electricity costs in Canada

It can get shockingly cold in Canada — its northern latitude and glorious mountain ranges combine to make it one of the coldest countries on Earth. But in the southern regions, where most of the cities are clustered, the short summer months can see temperatures climb to 25 to 30°C.

For example, in Vancouver the temperature rarely falls below zero. But venture to an area like Alberta, and you can see temperatures as low as -30°C. Eureka, Nunavut, is generally the coldest place in Canada, with average temperatures hovering around −19.7 °C for the whole year.

When compared with other popular expat countries, the cost of heating and electricity in Canada is relatively cheap. For example, when comparing its utility costs with Vancouver, utility rates in London are 235.17% more expensive as of July 2022. However, the 2022 global energy crisis is challenging these norms.

The following comparison contains the latest data from Numbeo as of July 2022. It covers the basic utility costs for an 85m2 apartment in regions of Canada and other popular expat destinations per month, including electricity, heating, air conditioning, water, and waste disposal.

Dining out in Canada

Canada has embraced and adopted all types of international cuisine to cater to the diverse cultural spectrum living there. Only 32.3% of Canadians considered their ethnic origin to be Canadian, and the 2016 Canadian census recorded the other major groups to be English, Scottish, French, Irish, German and Chinese.

Dinner for two in a mid-range restaurant in Canada costs roughly C$85, and generally ranges from C$60–150. Use CurrencyFair’s currency converter to compare this to your local currency.

A beer will set you back around C$6.50, although this ranges from C$4 to C$10 depending on how crafty your tastes are.

What is the currency in Canada?

Canada’s currency is known as the dollar or the Canadian dollar (CAD). Its currency symbol is $, although CA$, Can$ and C$ are also sometimes used to distinguish it from other dollar-denominated currencies.

You’ll also hear locals referring to the currency as loonies and toonies. A loonie refers to the one-dollar Canadian coin, and gets its name from the Canadian bird - the loon - depicted on one side of the coin. A toonie is a two-dollar coin, so depending where you go for a beer you could pick up something cheap for three toonies with a loonie in change.

Moving to Canada? Here's how to save towards the cost of living there

Despite rising costs of living, Canada continues to be a top choice for expats. When you need to transfer your savings to Canada or send money home, CurrencyFair offers you the support, speed and great exchange rates that allow you to save on international money transfers. Which means more money for you to enjoy your new life in Canada.

It's ideal for expats who need to:

Remember that you can save up to eight times what you'd spend using a bank when you transfer money abroad with CurrencyFair. You can access great exchange rates from any device, at any time, and send and receive international money transfers in over 20 currencies and 150 countries with a CurrencyFair account.