CurrencyFair Blog How could the US election impact the US dollar?
USA Money Matters Finance Australia Guides

How could the US election impact the US dollar? 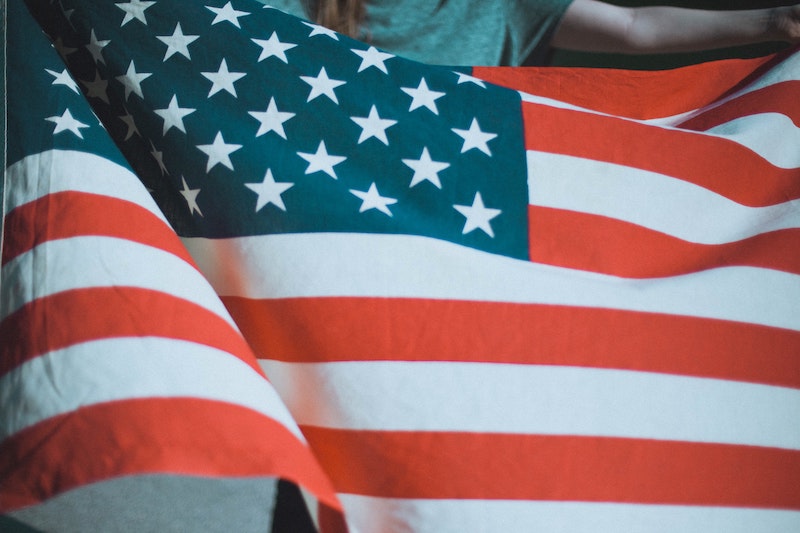 The twists and turns in the United States (US) elections continue to attract the attention of US dollar (USD) traders, who are trying to mitigate the direction the currency could go. As we move closer to election day in the US on 3 November 2020, there is still a lot of uncertainty ahead and more dates to watch out for include the final presidential debate confirmed for 22 October 2020.

Given that so much is unknown, we look at the possible outcomes of the election and their potential impact on the USD following the election results.

Before we get into the scenarios, we will briefly outline the structure of congress in order to understand each outcome in our guide to the US elections 2020.

Sending US dollars overseas? Try our free currency calculator to exchange your USD.

What is the structure of congress?

The United States Congress has two chambers. The upper chamber is the US Senate with 100 seats and the lower is the House of Representatives, with 435 seats. A bill needs to pass through both houses in the same form before becoming law. However the individual houses possess differing powers to allow for proper checks and balances on one another.

What exactly is being voted on in the US elections on 3 November 2020?

In the most recent nationwide polling taken on 12 October 2020, Presidential hopeful Joe Biden holds the lead. 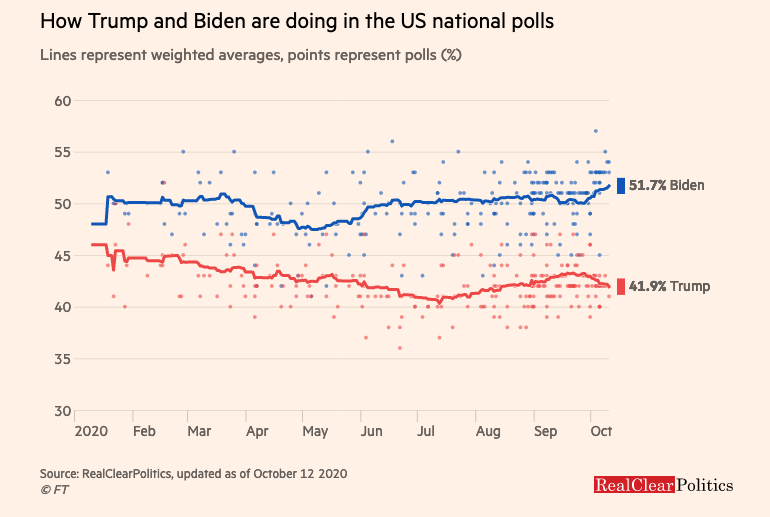 Aside from the office of the president of the United States, seats in the House of Representatives and the Senate will also be contested.

The US Senate elections

Republicans currently have a 53-47 lead in the 100-seat Senate. However one-third of the Senate is up for election every two years, so the Republicans hold 23 of the 35 seats in contention and Democrats hold the remaining 12. Democrats are hoping to wrestle back control of the Senate lost in 2014’s midterm elections to Republicans. Democrats will need to pick up three or four seats to make the chamber an even split between Republicans and Democrats. Depending on which party wins control of the vice presidency, that party would decide on the results of a tie-breaker fourth vote to allow Democrats to win the Senate majority this year.

The House of Representatives elections

The Democratic Party currently controls the U.S. House, where 218 of the 435 seats available are needed for them to win the election. Democrats have held a majority in the House of Representatives since January 3, 2019 as a result of the 2018 elections, when they won 235 seats. To win a majority, Republicans would need a net gain of 21 seats.

Given that the House, Senate and Presidential office have been led by different parties throughout the current presidency, what could happen to the USD if one party had the majority of seats in the House or Senate? Or what happens if Joe Biden wins only the presidential election?

Let’s look at these scenarios in more detail.

Probability = 50% according to a UBS report.

If Democrats manage to hold the House of Representatives and win back the Senate and the White House in November, the Democratic party will have full control of the federal government.

This so-called Blue Wave occurs if Biden wins not only the presidential vote but the Senate, which has a 53-47 Republican-led seat majority.

A Blue Wave could mean:

Democratic presidential nominee Joe Biden and vice-president nominee Kamala Harris have proposed a $2tn infrastructure package creating jobs and supporting business. A strong economic performance for the US could lead to improved sentiment from the rest of the world, which could in turn boost the USD. If Joe Biden wins the presidential election it could allow the USD to advance and possibly signal closer trade ties with the world and fiscal support within the US.

However a Blue Wave could mean higher taxes for both businesses and individuals. Money now allocated to pay a bigger tax bill taken from other budgets could mean less investment and innovation by businesses and in turn a reliance on government finances to grow and overall a less than positive business sentiment.

Trump’s tax reforms and fiscal policies have led to the USD strengthening against the Euro (EUR) and Pound Sterling (GBP). Reversing Trump’s current and planned policies could weaken the USD. This then could level the playing field for US exporters - a strong dollar makes it hard for U.S. exporters to compete against other suppliers.

Probability = 10% according to a UBS report.

In this scenario, Biden wins the presidential election but the Democratic party fails to win back the Senate. Right now the “Grand Old Party” (GOP) holds the White House and the Democrats hold the House of Representatives. Democrats only need to net three seats to create an even split in the Senate if Joe Biden wins.

A split Senate could mean:

A 50-50 Senate split between Democrats and Republicans could halt plans of a Biden-led administration to raise corporate taxes. It could mean no consensus being reached on decisions around economic recovery, stimulus packages and crisis-response packages especially relating to Covid-19. This could impact the performance of the USD negatively when stimulus packages cannot be rolled out.

Where is the USD now? Our free currency calculator shows you our live bank-beating rates.

Probability = 35% according to a UBS report.

In this scenario, President Trump wins the election and Congress remains divided between having a Republican Senate and a Democratic House of Representatives - so not much change from the current state of affairs. A divided party control could spell gridlock and uncertainty over stimulus packages, a volatility that could boost markets.

Retaining the status quo could mean:

Since 2016 relations between China and the US have been fraught with tension. With strained diplomatic ties, accusations of espionage, tariff tensions and the coronavirus outbreak, the relationship between both powers has deteriorated. Trump’s re-election could mean the return of trade friction and commercial conflict with China.

Despite continued legislative headaches and delays, maintaining the status quo and staying in familiar territory could mean the USD is able to shrug off impending volatility because nothing much will change.

View historical exchange rates for the US dollar.

Probability = 5% according to a UBS report.

In this scenario, President Trump wins the presidential election and Congress has a Republican Senate and House of Representatives.

A Red Wave could mean:

Throughout his presidency Trump has taken a business-friendly, America-first view that included tax cuts, deregulation and repatriation of overseas earnings. These measures have all been positive for the USD against other major currencies like the Euro (EUR).

However with the US currently running a trade deficit recorded at over $67 billion, the third highest level on record, whether the USD will continue to be immune to any economic volatility or financial unrest in the US remains to be seen.

To bounce back from a Covid-19 related economic downturn, the Republican party could increase spending. Outside of an increase in stimulus, the markets might know what to expect after already experiencing Trump’s policies.

A fifth wild-card scenario to watch for is that President Trump will refuse to recognise the results. He has already spoken about alleged mail-in voter fraud and with the mail-in process needing more time for a manual count to be completed, it could grant Trump time to contest the result if early vote results indicate that Joe Biden has won.

If he contests the result, it could bring instability for the US both economically and constitutionally and lead to volatility and lack of confidence in the USD.

The US elections continue to bring volatility to the movements of not only the USD but global markets. The team in CurrencyFair closely monitors the latest market developments in order to support our customers, no matter the election outcome.

Disclaimer: This article is for general information purposes only and does not take into account your personal circumstances. This is not investment advice or an inducement to trade. The information shared is for illustrative purposes only and may not reflect current prices or offers from CurrencyFair. Clients are solely responsible for determining whether trading or a particular transaction is suitable. We recommend you seek independent financial advice and ensure you fully understand the risks involved before trading. Leveraged trading is high risk and not suitable for all. Losses can exceed investments. Opinions are the authors; not necessarily that of CurrencyFair or any of its affiliates, subsidiaries, officers or directors.

How your business can save money importing vehicles