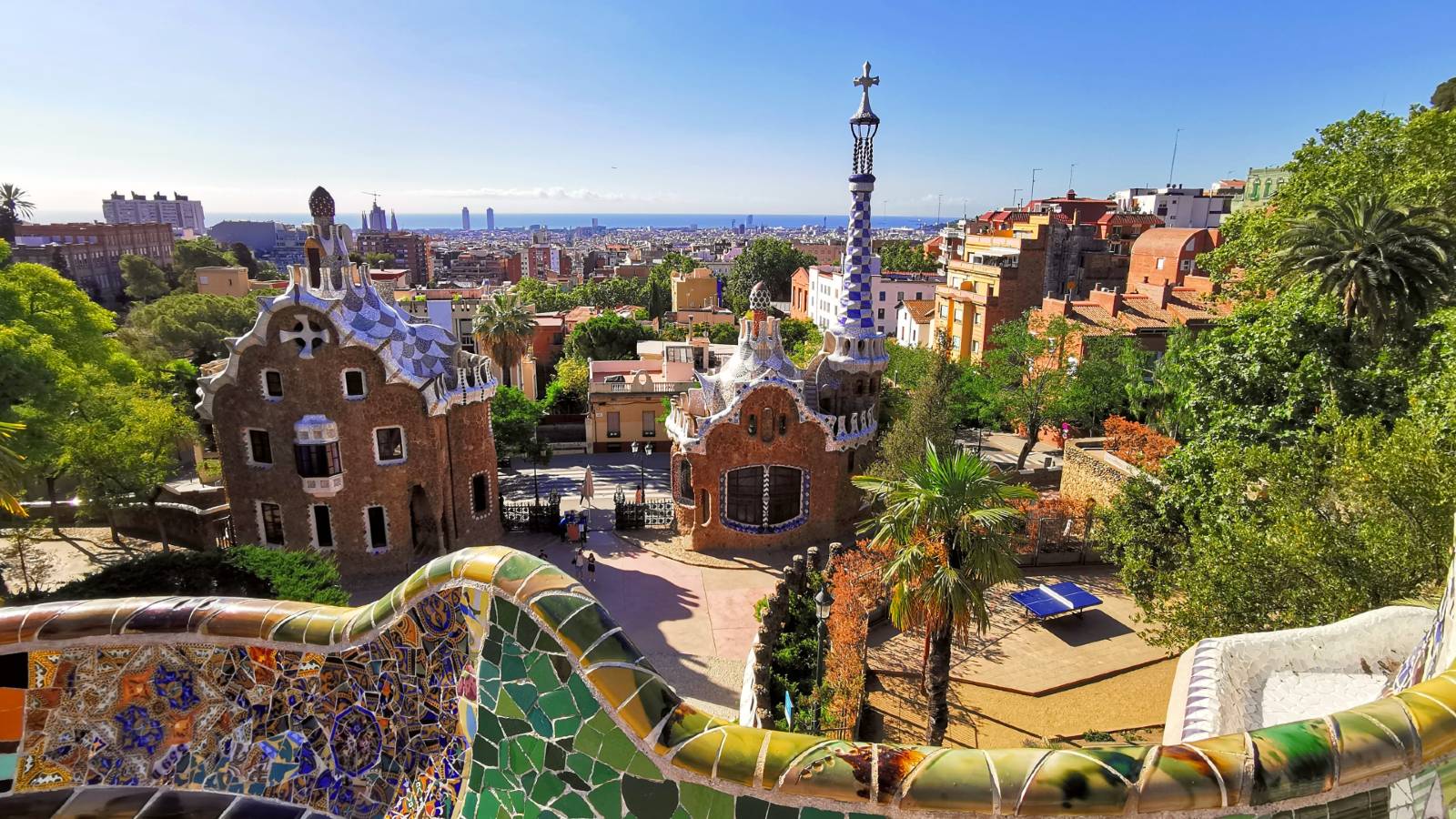 What are the best cities in Spain where you can live and work as an expat? In which of Spain’s 17 regions and 44 cities does your visa secure the best siesta or fiesta? The options are abundant. Roughly 12% of Spain’s population is expatriated and the rewards are better than average work-life balance, healthcare and social connections, not to mention a sunny climate, fantastic cuisine, and rich historical culture. If you’re searching for the best places to live in Spain for expats, look no further than these 10 popular destinations.

It may be a perennial tourist favourite, but Barcelona is also home to more than 300,000 foreigners.
Standing 29th in the world’s best cities for expats according to the 2021 Expat City Ranking (and yes, #2 will surprise you), Barcelona is a lively tech and entrepreneurial hub that is especially popular with digital nomads.

Although there’s something of a backlash afoot among local residents against the perceived Airbnb invasion of the city, the welcome is still warm enough for expats who plan to live, rent, dine, and make use of coworking spaces long-term. Barcelona is a cosmopolitan city with its own distinct Catalan culture, language and style — a slice of Spain with a unique flavour.

Madrid’s 10th place in the same rankings will certainly have rankled in Catalonia, such is the fierce rivalry between the two. The Spanish capital has a large expat population of almost a million, although the English-speaking contingent is relatively small (11,000 each from the United States and United Kingdom).

Madrileños, even the expat ones, enjoy some of the best quality of life in Europe, particularly when it comes to art, cuisine and nightlife. The only caveat is that Europe’s third sunniest capital city can be fearsomely hot in July and August. But for sun-seekers, that may only contribute to it being one of the ​​best places to live in Spain for expats.

If you were living the expat life in Valencia in 2020, you’d have been based in the world’s top-ranked city for quality of life, leisure and climate, and health and environment. Luckily, little has changed. The home of paella and the enchanting Fallas Festival in March is also the safest big city in Spain.

Valencia is becoming increasingly popular with expat nomads migrating south from Barcelona. It’s just three hours’ drive down the coast, but more affordable and with a more distinctive small-town feel, even if it is Spain’s third-largest city. If you’re moving from London, UK, you’ll find that the cost of living in Valencia is around 40% lower, and dining out is nearly half as expensive.

Make sure to slow down if you choose to live and work in Seville. The pace of life in this Andalusian city with a Moorish history is noticeably more relaxed. Lunches are long and getting your permits and paperwork in order might take time, but it’s an elegant, somewhat romantic, place to live once you’re settled.

Some expats do find it harder to integrate in Seville than in other Spanish cities, but if your Spanish is up to scratch and you’re ready to embrace flamenco and stiflingly hot summers, you’ll fit right in.

Believe it or not, the world’s most famous party island is also an alternative expat retreat for those seeking peace and solitude. It has been since the 1960s, in fact, when artists and writers first flocked to the island to enjoy the close-knit community and year-round sunshine.

Nowadays, more than a few celebrity-owned villas also dot the landscape. Clearly, finding work in Ibiza out of season is considerably more difficult, but if you’re running a business from afar, for example, you can live the life that tourists only get to sample.

Located in the foothills of the Sierra Nevada mountain range in Andalucia, Granada is less cosmopolitan than other popular expat destinations but has its own unique charms. The cobbled streets and numerous open areas are all walkable and there’s a lot to explore - starting with the iconic Alhambra palace, one of the best-preserved examples of Islamic architecture in the world. Granada is one of the ​​best places to live in Spain for expats who want a change of pace after Madrid or Barcelona, and the cost of living is less than in the UK, USA or northern Europe.

Mallorca is the largest of the Balearic Islands, which also includes Ibiza, and Palma is its capital. If you’re looking to enjoy island expat life in the Mediterranean, without overstretching on the cost of rent, transport or food, the city may surprise you. One in five residents of the Balearic islands is an expat (the highest rate in Spain), so making friends is relatively easy.

For such a small island, Mallorca is notably global. In summer, it’s one of the biggest yachting hubs in the Mediterranean, while in the off-season you might spot an elite cyclist or two undergoing winter training in the hills.

Andalusia merits a third entry on our list, and in the case of Malaga, it happens to be the expat city ranked 2nd in 2021 worldwide by Internations. Malaga is famous for its Costa del Sol and tourism, but it’s also one of the cheapest hotspots to live in Spain year-round.

It’s delightful too, with a distinct Andalusian character influenced by the fact that North Africa is just 100 miles away. Apart from the cuisine and climate, Malaga scores high among expats who are looking to make friends easily and integrate seamlessly into local life.

Just down the coast from Valencia, Alicante is a Costa Blanca resort that is particularly popular with legions of British holidaymakers and some 69,000 British expats. It’s by no means a holiday town, however. There’s a university here and the mediaeval castle on the hilltop is a reminder that there’s more to the local skyline than hotels. The biggest attraction is the affordability. It’s one of the cheapest cities in Spain and about half as expensive as New York City as a rough estimate.

Northern Spain is used to being overlooked by tourists and expats, but there are some real gems on the Atlantic Coast. Bilbao is one such city. It may be the fifth most expensive city in Spain, and its industrial past is still evident, but it now delivers in terms of architecture (ie. the iconic Guggenheim museum), local pintxos (the Basque version of tapas), coffee shop scene and proud Basque culture.

Wherever you choose to live as an expat in Spain, you can save on the cost of your currency transfer fees with CurrencyFair. Send and receive money up to eight times cheaper than with traditional banks so that you can keep down the cost of starting a new life with a better work balance.