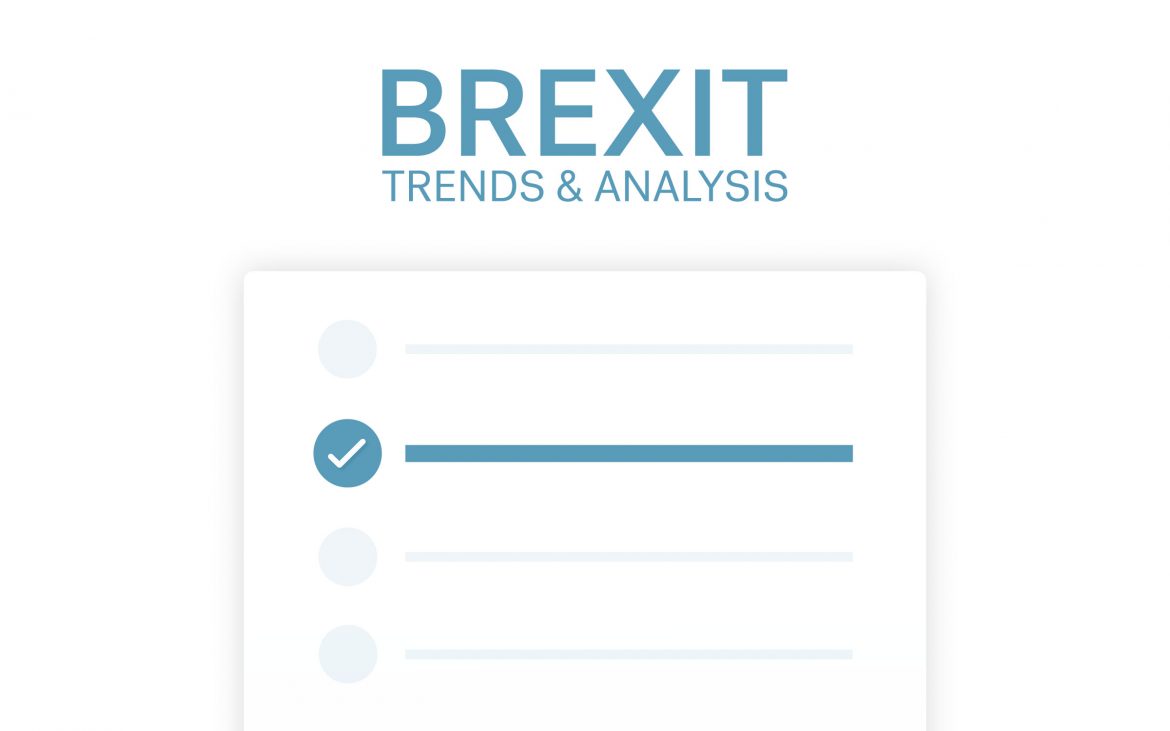 When it comes to worries about Brexit deadlines and fresh upheavals within the government, there’s a marked distinction between British citizens living in the UK, and those living away from home. It’s akin to viewing a Claude Monet painting: the closer you are, the harder it is to properly make out, while those located further away are able to see a clearer picture.

These were the findings of new research conducted by YouGov on behalf of CurrencyFair that concluded in May of 2019, which show UK expats plan for Brexit in very different ways compared to citizens living in the UK.

The survey revealed that UK expats living in the EU do not have a confident outlook on Brexit, and are acting accordingly in terms of making long-term preparations by future-proofing their finances, seeking citizenship rights and protecting those same rights for their children.

To combat Brexit uncertainty, almost 35 percent of British expats are already seeking some form of citizenship rights in another country, including citizenship or permanent residency. The reasons for looking to remain an EU citizen appear to stem from how citizenship rights could be at risk before or after the Brexit deadline, depending on the decisions of the next Prime Minister. 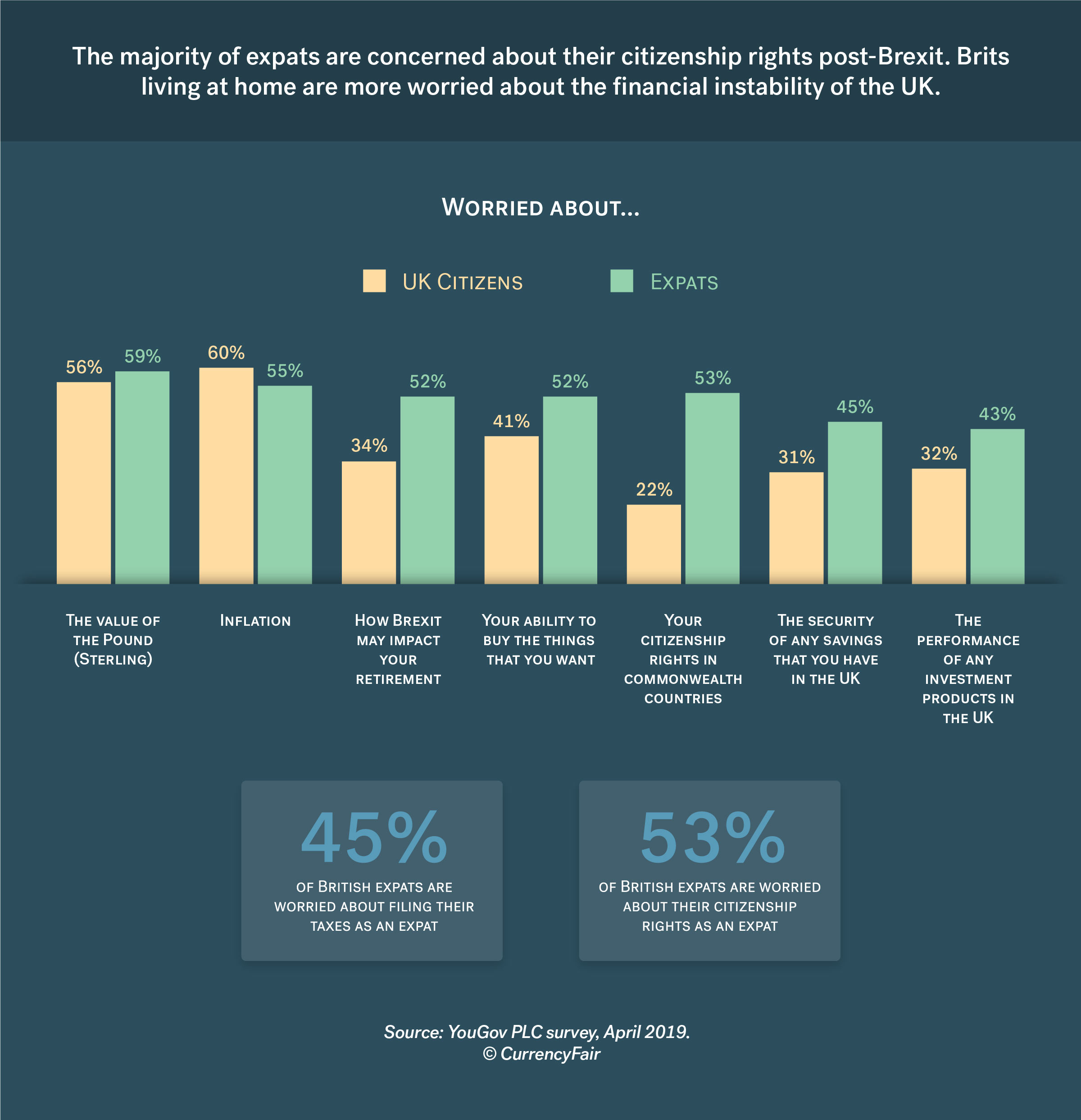 Closer to home, the economic outlook taken by the citizens living in the UK (who responded to this survey) is not brimming with confidence either. Residents in the UK acknowledge the possibility of an economic downturn in the UK due to Brexit, with over half surveyed (54 percent) aware that there is the risk of a recession in the event of a no-deal result. Yet even armed with this insight, respondents have not prepared for the possible financial woes Brexit could impose on them – 42 percent of UK residents surveyed don’t have a plan in place for a hard Brexit outcome. 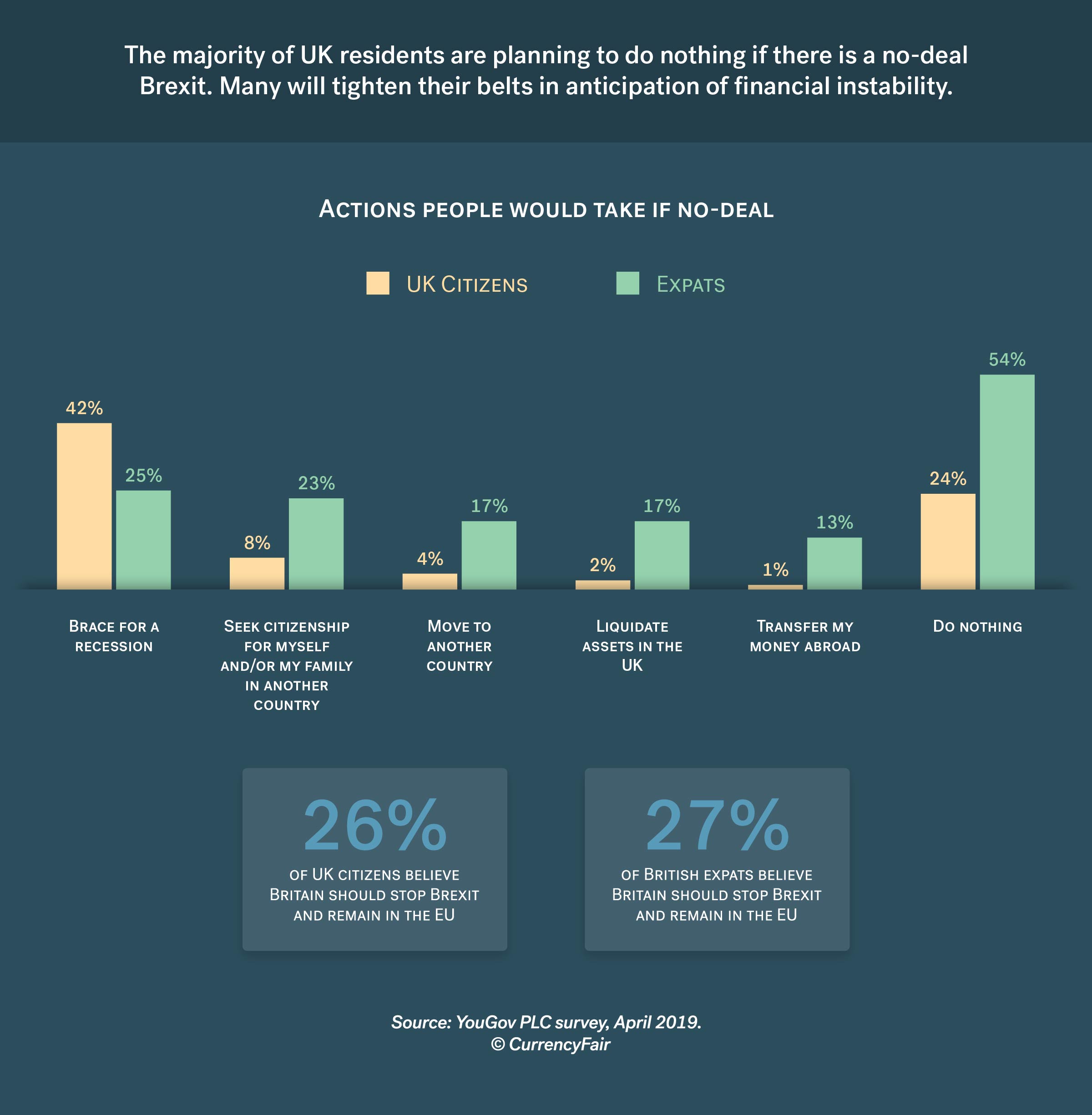 The preparation and readiness of expats to act against a negative financial outcome appears to be a common state of mind for those living overseas. Not only are they preparing now for the overall long-term security of their finances during Brexit, but almost 20 percent of UK expat respondents in our survey plan to move their savings out of the UK in the event of a no-deal Brexit ­– 13 percent intend to simply transfer money abroad if the UK crashes out of the EU without a deal.

When the time comes to move their money, 29 percent of UK expats are placing equal priority on the security of their funds and transparency in how transfer fees will be calculated. 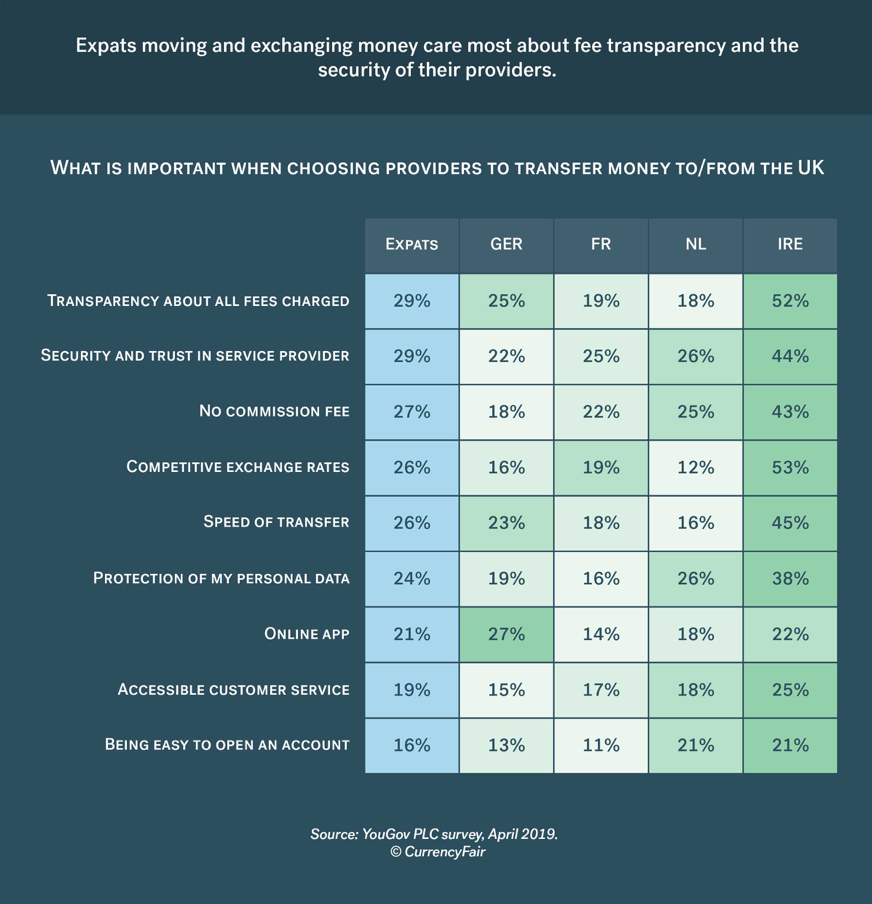 Overall, like most everyone with an eye on Brexit, the British expats surveyed are looking for clarity. They want clarity on their ability to manage risks associated with Brexit, answers to questions about their financial stability, and a clear understanding about their future ability to live and work in the UK. Until Theresa May’s successor is named and definitive decisions are made, such clarity isn’t likely.

This August, refer a friend for a €50 referral reward (each!)