How To Keep Your New Year's Resolutions 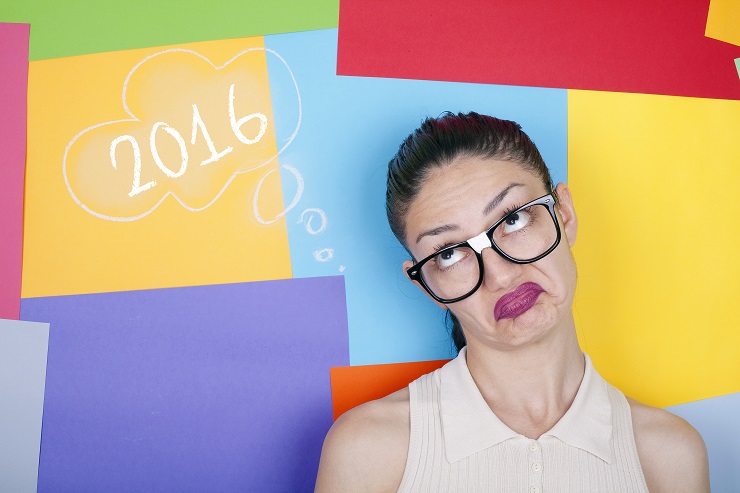 Having already looked at some ideas for New Year’s resolutions, we’re now going to look at how to maximise your chances of actually following through on whatever commitment you’ve been socially-coerced into making. What can make or break plans and promises, and how do we give ourselves a fighting chance?

Why do we feel the need to make these resolutions every January, anyway? The most obvious explanation is the New Year itself – if the number changes, what else can we change? It’s a sort of psychological fresh-start, and we assure ourselves things will be better than the previous year. Some call it a new beginning, others a mere placebo, but whatever works, works. 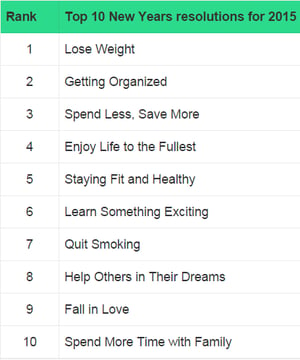 To the right are the top 10 (US) New Years Resolutions for 2015, according to Scranton University (via StatisticBrain).

Standard stuff which we’ve all aspired to at one stage or another, until you get to number 8. Taking it literally (because it’s funnier) means actively involving yourself in other people’s dreams. In January, as we detox from heavy festivities, dreams can be very weird – I wouldn’t recommend getting involved in anyone else’s until at least mid-March.

Number 9, “Fall in Love”, also seems nice, but concentrating too much on that aspect of personal life is unlikely to help it happen, and more often than not will prevent it from happening entirely. This one is also a bad idea.

The same study tells us that only 8% of people are successful in achieving their resolutions. Another interesting stat is the Age Success Rate:

Before you assume all young people have stronger willpower, consider this: someone in their 50’s has experienced 30 more annual failures, so it’s entirely fair that they give up earlier. One of the few benefits of age.

So how can we make it work?

A study published in The Journal of Consumer Psychology showed that asking a question about your resolution instead of simply stating the desired outcome was effective. So, replace “I’ll stop watching movies on the toilet” with “Why would I ever want to watch a movie on the toilet?”. This encourages your brain to suggest a positive answer instead of reinforcing a negative, and the study shows a 14% increase in success using this little mind-trick.

We really are simple creatures. 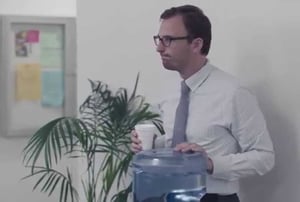 When discussing resolutions around the office water cooler, some bravado is bound to come into play. That super-hot guy who runs a marathon every month now wants to do one each week, and because you don’t feel your own resolution is as impressive (and it probably isn’t), you lie – meaning you’ve publicly committed to something way beyond your abilities, making it very likely you’ll quit earlier.

Making realistic resolutions not only spares you the public explanations and sense of shame, but infinitely increases the chances of success, which will lead to a sense of pride and satisfaction (however small the change), snowballing into a never-ending loop of self-improvement, probably.

These are for you – don’t use them to impress others, let alone that hot guy/girl in the office. It’s your life, health, career etc – treat it that way.

Keep it to yourself

Following on from the last point, these are personal goals. Making them public increases the pressure to succeed, and when has pressure ever helped anyone? Another fancy academic study supports this - titled "When Intentions Go Public - Does Social Reality Widen the Intention-Behavior Gap?". It focuses on self-completion theory, examining the effects of.........no, we didn't read it either, but it definitely exists.

Basically, keep your resolutions realistic, achievable and secret, and you'll only have yourself to impress, and only yourself to blame when things inevitably fall apart.

Just kidding - you can do it!

The Food Lover's Guide To Sweden