Retirement systems and plans vary wildly between countries, and some offer better coverage and more long-term sustainability than others. While most expatriates don’t base their destination country on its pension plans, a little foreknowledge never hurt anyone.

The more pertinent issue that most expats face is predicting where they might be in the future. Even seeing five years ahead can be problematic for some so-called habitual expats, let alone decades. As Expatica's financial expert Russell Hammond puts it, “Ask a 35-year-old international where he or she is likely to retire in 25 years time, and very few would be able to give a concrete answer.”

The Challenges and Solutions of Expat Pensions

InterNations, a global expat community, lists other considerations that expatriates face when attempting to set up or manage a comfortable retirement:

On the other hand, the InterNations team writes that investment options attractive to expatriates include purchasing real estate abroad and looking into international savings plans. Read our article on how to manage foreign commercial and residential property.

Of course, starting your retirement planning early is good advice for homebodies and expatriates alike, writes the team at HBSC, a banking and financial services organisation. Time gives you more choices and allows you to take advantage of riskier investments which may not be appropriate as you draw closer to retirement age.

Most countries tend to have a three-prong approach to pensions: the state plan, an employer plan and private plans. The differences are within the system, and include whether participation is mandatory, the rate of contributions and tax incentives.

Chuck Emerson writes on his How to Germany website that the German retirement and pension system is also three-pillared. Expatriates living in Germany can participate in all three pension plans:

You’ll find specific information in English on all aspects of pension funds in Germany at Deutsche Rentenversicherung.

The three-pillar system exists in Dutch pensions, too, the I Am Expat team confirms. Basically, if you’ve lived and worked in the Netherlands, you will receive a state pension. The amount you would get would be based on how many years you contributed, and there are restrictions on where you live at the time you collect the pension.

The second pillar is any pension fund you had with an employer. The amount you would collect on retirement would depend on your salary a
nd number of years worked. Any individual retirement plan is the third pillar, and benefits would rely solely on how much you have put into it and any interest earned on the investment.

And if you have a EUR pension that you need to send abroad, try our new currency calculator and see how much you can save sending money internationally.

The New York Times’ Steven Greenhouse reported on a study by Melbourne Mercer and the Australian Centre for Financial Studies which showed that Denmark, the Netherlands and Australia rank at the top of the heap in terms of retirement income systems and pension plans. One takeaway is that when laws are in place ensuring worker participation and governing how quickly savings can be spent (by converting plans into lifetime annuities), everyone benefits.

While mandated participation may not be for every country, Australia goes a step further. By 2020, employers in that country must contribute 12 percent of workers’ salaries into retirement funds. Retirement ages are rising across all countries, too, in an effort to keep contributions flowing. France, for instance, will raise its retirement age to 62 next year, and it’s already age 67 in Britain.

The UK didn’t fare all that well in the Mercer rankings, lagging behind Chile, Finland, Australia, Denmark and the Netherlands, all reported to have better pension systems. However, the report noted that positive changes to the UK’s retirement system are underway. These changes include a single-tier state pension, introduced this year, and a phased-in auto-enrolment (with opt-out) of employees in pension schemes which will hit 8 percent in 2018.

One thing that is the same among all countries, Greenhouse writes, is they have similar worries. He spoke to Teresa Ghilarducci, a professor of economics, who said “every country is worried about workers saving enough and about increasing longevity. Every country is worried about investing retirement funds correctly, and every country wants to minimize risks to the taxpayer so there aren’t large, unknown bills in the future.”

If you’re a European expat residing, working and paying taxes in the EU, with no imminent plans to relocate, you may wish to look into independent pension savings plans. In Belgium, for instance, various pension plans are offered by KBC and ING, among other banks, with benefits including a guaranteed rate of interest and an annual tax deduction on 30 percent of the amount you’ve paid in. While the guaranteed rate of interest is low (currently running about 1.25 percent), you can opt into a non-guaranteed variable profit share which may increase your return.

What if you have pensions in your home country, but have ended up living in a different country with no plans of retiring back home? It may be worth getting advice on whether to transfer those pensions, writes UK pensions expert Chris Burke, who is with the Barcelona branch of Spectrum IFA.

In a recent article, he points to a change to the UK pension tax that reduces the lifetime allowance value — meaning pensioners will likely wind up paying more tax on this money. British residents who keep their pensions in the UK, he continues, are not only subject to current UK rules but also to the government’s ability to amend those rules. These future unknown changes lead Burke to advise account holders to explore their options of moving their pensions abroad. 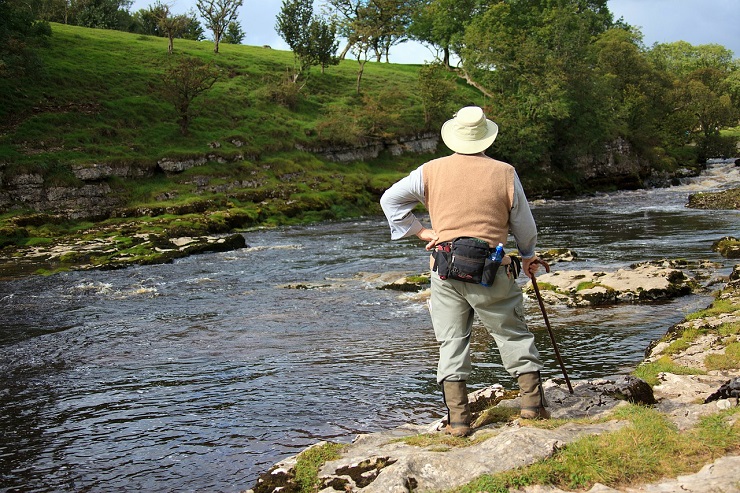 If you do decide to transfer your UK pension abroad, you may look at QROPS (Qualifying Overseas Pension Schemes). The expatriate financial advisors at Harrison Brook write that “the QROPS scheme, set up by HM Revenue and Customs (HMRC) in 2006, aims to improve mobility of the workforce and the tax benefits can be considerable as long as you are not resident in the UK.”

The most important stipulation set out by the HMRC is that you have been living outside the UK for a term of five years when payments from the pension are made. Depending on where you live at the time of payment, you may be required to pay tax in that country on monies received. Still, writes the Harrison Brook team, you might save significantly.

The financial advisers deVere Acuma, an insurance brokerage, list some of the other benefits of a QROPS:

How you are taxed on your pension income depends on two things, writes The Telegraph’s Nicole Blackmore: your residence status for tax purposes, and the type of pension you have.

An example she gives is a UK citizen who is an expatriate residing in Portugal. That person would be able to take her UK pension and, says Blackmore, “pay absolutely no tax on it for the first 10 years.” Even better, she continues, is that this tax-free status applies to the withdrawal of large sums, which in the UK would be taxed as ordinary income.

There are strict residency rules that must be met, and the move would have to be planned carefully. The first step is always to ensure that a double tax treaty is in place.

Double tax treaties, which prevent people from being taxed twice on the same income, are in place between most countries worldwide. There are exceptions, though, Blackmore writes, which include Brazil (where you may get taxed twice) as well as zero-tax jurisdictions such as Dubai and Monaco. The latter mean that you would have to pay taxes in your home country

Further, your residence country, even with a double tax treaty in place, does not have the same laws in place regarding your home country pension. In the UK, you can take 25 percent out of your pension savings tax free; the US will tax you on that. And other countries will see your pension capped as at the date of your relocation.

In an article on Expat Forum, pensions technical director at Retirement Advantage Andrew Tully also emphatically advises expat retirees to check into the terms of double tax agreements. He cites a couple who lost more than 40 percent of the value of their pension by retiring in Canada rather than the US. "Without the right planning, savings and advice," Tully says, "you can quickly get caught out by local tax laws, exchange rates and other financial arrangements, turning a retirement dream into a potential nightmare."

If you are a UK citizen and live abroad, or have lived abroad, you can get advice and information about pensions and benefits from the International Pension Centre.

Watch the Retirement Age, Too

Sometimes, expats get a yet another kind of surprise. The official European Commission portal Your Europe reminds expatriates to be aware of a sometimes substantial age difference between countries as to when retirement age kicks in.

They give an example of a woman who, at 60, returned to her home country of France for retirement after working in Denmark for 15 years. Although she was entitled (then — the retirement age in France today is 62) to collect on the low side of her full French pension, she would have to wait until the age of 67 to get the Danish part.

And retirement ages are rising around the world. The team at I Am Expat writes that the current age of retirement in the Netherlands is 65 years. However, this will be raised by a year every three years. By 2021, it will be 67 years. And from 2022, “the age of retirement will be linked to life expectancy.”