CurrencyFair Blog EU Expats on the Move: How to Relocate With Your Car
Global Life Abroad Australia How-To Moving Abroad

EU Expats on the Move: How to Relocate With Your Car 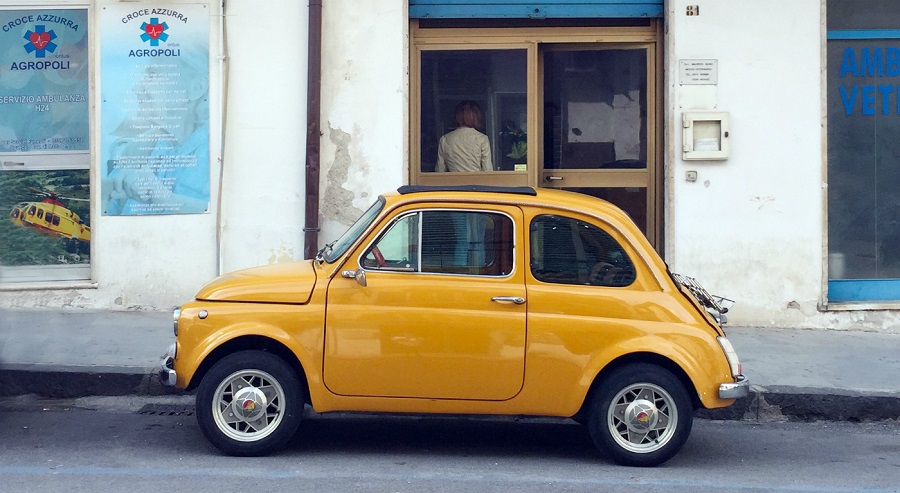 Relocating with your car

Packing up the house is bad enough when relocating to another country, but have you thought about what you’re going to do with your car?

While it doesn’t always pay to bring your car along on a cross-border European move, it can if you drive it yourself or find a good deal on shipping — and if you aren’t liable for value added taxes.

Regulation on relocating with your car

While the rules in each EU country are a little different, you'll find no matter where you go the process involves plenty of paperwork, bureaucracy and running around.

We know how stressful moving abroad can be, that's why we keep it simple to convert GBP to EUR with CurrencyFair.

How Do You Actually Transport Your Car?

The simplest way to move your car to another country in the EU is to drive it, or have someone drive it for you.

You can also have it shipped by truck or by boat. There is an online transport marketplace called uShip that connects customers with providers, and has information for those who’ve never shipped a car before. They recommend arranging a mutually convenient location, outside of residential areas, where your car can be safely loaded onto a large truck with trailer.

A car transport service is not a moving service, though, so don’t expect to be able to cram your car with stuff you want at your new home.

“Your transporter will refuse to transport your car if it is packed with your personal belongings,” uShip general manager Dean Xeros writes. “It is the transporter’s responsibility to deliver your vehicle, not to move your personal items. In addition, vehicle transporters are not licensed to transfer goods, so doing this could result in penalties.”

If you’re moving from one EU member country to another, that secondhand car you bought may actually be considered new. According to the European Commission, a car is only defined as used if at the time of purchase:

If either term is not met, the car may be considered new, even if you bought it secondhand. The designation of a car’s new/old status may determine whether you pay VAT on it.

If, on the other hand, you’re bringing a car into an EU country from outside of the European Union, the car’s new/old status doesn’t come into play. In this case, there are two scenarios: 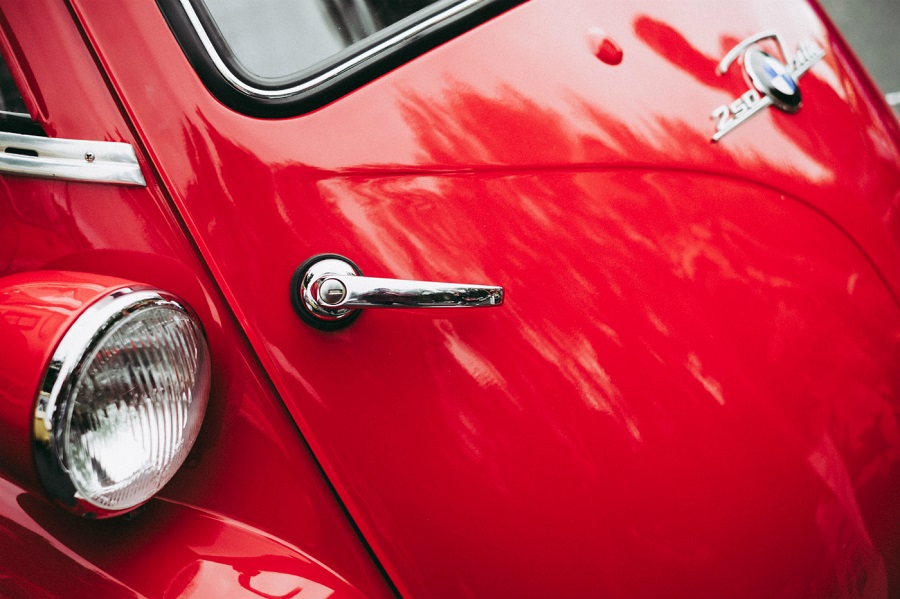 The Rules Differ Per Country

Here, we take a look at a few countries as examples, outlining the basic steps you’ll need to think about when transporting your car from your home country.

Bringing Your Car into the UK

If you’re importing a car into the UK on a permanent basis, there are several steps you must follow, as set out at GOV.UK.

You can usually drive on your foreign licence for a period of time, the team at Low Incomes Tax Reform Group writes. They point to the licence tool at GOV.UK, which tells you exactly how long you can drive on your current non-GB licence, and the process you must undertake (which may include a provisional licence, theory and driving tests) to obtain your full Great Britain driving licence.

Bringing Your Car into Sweden

If you’re bringing a car into Sweden from an EEA country, you’ve got to go through Swedish Customs. Apart from that one difference, the rules are the same from cars from EU countries and from EEA countries. As set out by the Transport Styrelsen, the steps are as follows:

Bringing Your Car into Ireland

There are at least four things you have to do if you’re moving to Ireland and importing a car. According to the Citizens Information Board, before you can drive, you’ll need to:

Something else you’ll need to do if your car is four years old (or older): get a National Car Test certificate immediately upon entering the country. This is more than an emissions test, and minor things like broken wipers can fail you.

If you’re bringing a car into Ireland from the UK, you’ll need to let the British authorities know, the team at AA Roadwatch writes. There’s a specific document for that, called a V5C Notification of Permanent Export.

Liam, an American expat in Ireland, says you should calculate the costs when bringing your car from the UK, especially if you’ve got an older car. Those costs can be significant, and he points to VAT, which you may be required to pay a second time. By driving your own car, stuffed with as much luggage as you can fit, he writes at The Ireland Move Club, you can save with actual transport costs.

Planning to change your car next year? Read our new guide to

Importing a UK car into Ireland.

Bringing Your Car into France

Still, if you are bringing your car with you to France, these are the usual steps you’ll have to undertake:

Unless you’re already a resident, you’ve got a period of six months during which you can drive your car without registering it. “If you are in the country for a period of six months or more,” the team at Expat Focus cautions, “you are considered to be resident and you need to register the vehicle. If you are a resident in the country, you cannot legally drive a vehicle which is registered in another country.” 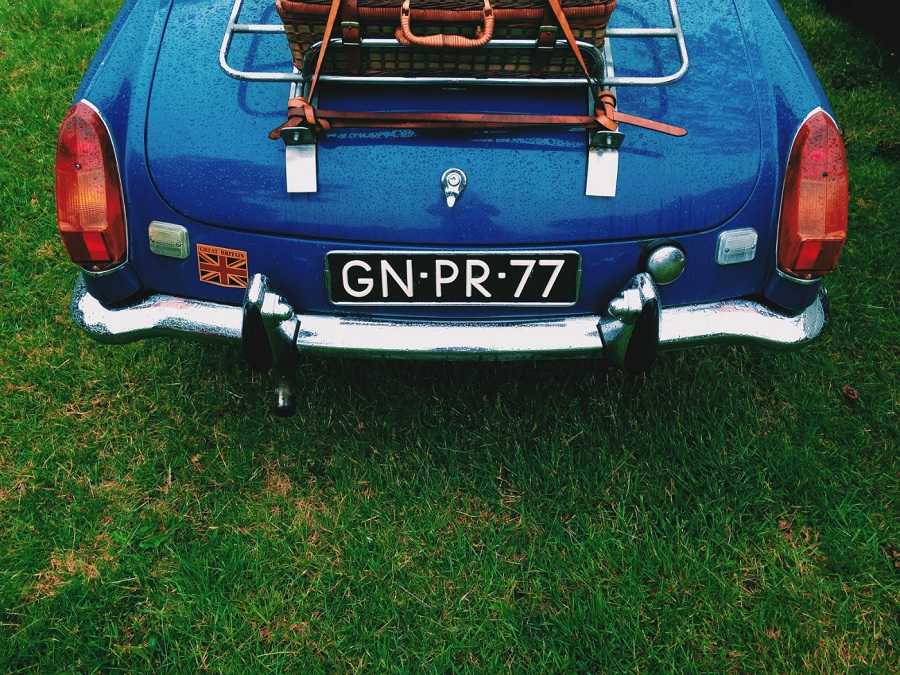 Bringing Your Car into Spain

As in France, EU nationals who are not yet Spanish residents have a period of up to six months during which they can drive the car they brought from home without registering it. Otherwise, registration must take place within 30 days of arrival, whether you drive it yourself or have it shipped, the team at Health Plan Spain writes.

The steps to registration are similar to those above; customs are usually only charged if you’re entering from a non-EU country, and you must have your car inspected and registered, after which you pay import taxes.

The EU mutually recognises driving licences among member countries. This means, according to Sun Lawyers, that in Spain you can drive using your EU home country licence for as long as it is valid.

“Having a Spanish licence can reduce problems and time spent at roadside checks,” they add, “especially if you ever come upon police officers who are not quite ‘au fait’ with the law and may be suspicious of a Spanish resident driving with a foreign licence. ... EU citizens can exchange their old licence for a Spanish one fairly easily, without the need for a fresh test, but will have to surrender the old licence.”

Bringing Your Car into Germany

If you’re staying in Germany temporarily, you’ve got up to one full year that you can drive your imported car on your home licence plates and registration. The registration document, however, must have a German translation attached, and you’ll have to have proof of insurance, the team at How to Germany writes.

Other than that, the process for registering your car is similar to that of other EU countries. Some of the documents you’ll require include:

Tips for Expats: How to Keep Your Money Safe While Working Abroad