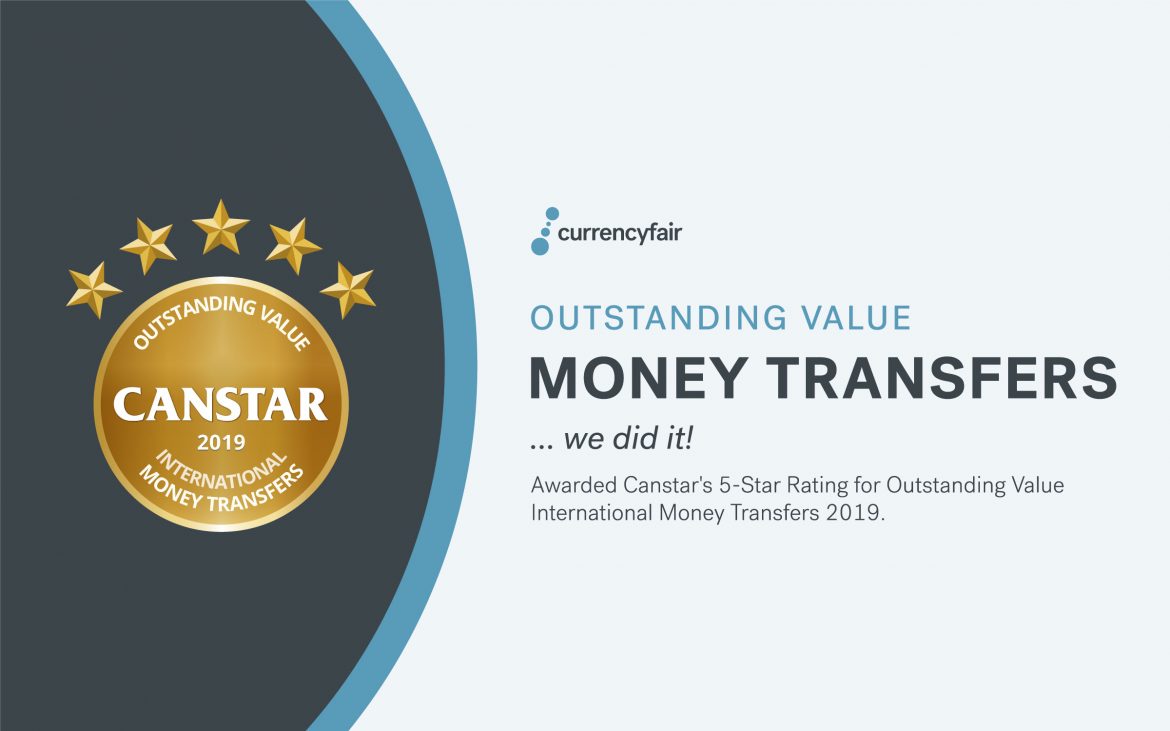 CurrencyFair is delighted to receive Canstar’s 5-Star Rating for Outstanding Value International Money Transfers in 2019 - a rating in which only the top 10% of entrants are awarded!

According to Canstar, Australia’s largest financial comparison site, CurrencyFair is “one of the leading providers on price.”

The sought-after 5-Star Rating was awarded due to our bank-beating exchange rates, which are up to 8 times cheaper than traditional banks. So far, we’ve helped 180,000 customers save A$364 million (or currency equivalent) on international banking fees.

We are delighted to be awarded a 5-Star Rating by Canstar, and to be recognised as one of the leading money transfer providers in Australia,” says Paul Byrne, CEO of CurrencyFair.

As a team, we pride ourselves on offering low-cost FX rates supported by top quality customer service - in fact, that’s the reason CurrencyFair was established in 2009. Our goal has always been to democratise foreign exchange, to make it simpler and faster to make foreign payments and enable everyone to access FX rates that were traditionally reserved for very large businesses.

“We look forward to continuing to empower our customers with access to fair financial services well into the future,” he concluded.

Check out our bank-beating FX rates in action.

Be the first to use our Multi-User Access feature

The Cost of Living in Australia 2020 | CurrencyFair