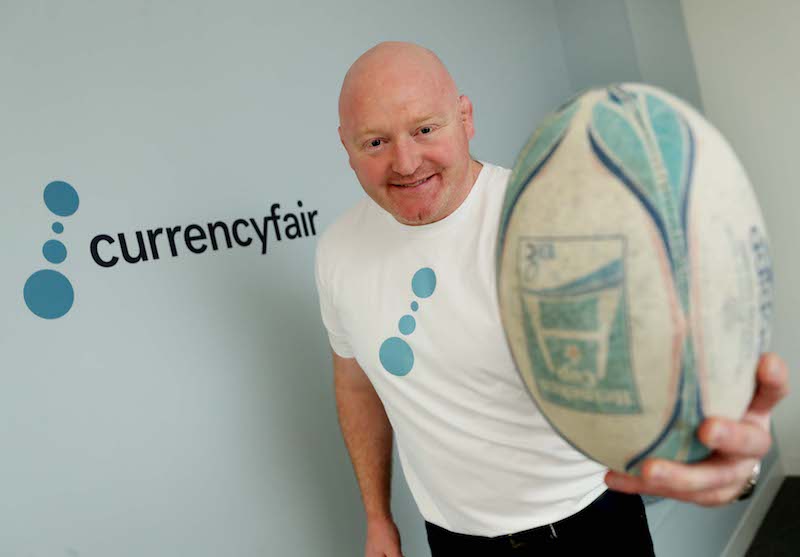 CurrencyFair are delighted to introduce Irish rugby legend and Dragons Head Coach Bernard Jackman as our brand ambassador for 2018.


Following a trophy-laden playing career with Leinster, Connacht and Sale Sharks, the former Irish international has held Head Coach roles in both France and now Wales, and is a well-respected rugby pundit with RTÉ.

As a much-travelled Irish expat currently employed in the UK, and a committed user of the CurrencyFair platform, Bernard and CurrencyFair are a natural fit and we're delighted to welcome him on board!

With the Six Nations Championship starting this Saturday February 3rd, we sat down to talk rugby with Bernard and get his thoughts on the upcoming matches.

Having spent five years coaching in Grenoble, Bernard has unique insight into the structure and politics of French rugby. Having appointed Jacques Brunel as their Head Coach just weeks ago on 27th December, the ongoing instability at the highest levels of the French Rugby Federation (FFR) plays into Irish hands.

With a new coaching set-up, and minimal preparation time to adapt to a new style of play, the French side are facing a settled Irish squad, well-drilled under the steady guidance of Joe Schmidt.

"Who would you prefer to head into battle with: a team that knows exactly what is expected of them in every area, or with a team trying to find their way?"

While French national rugby sides are famously unpredictable (we'll offer a free transfer to the first pundit to use the cliche "we don't know which French team will turn up"), Bernard believes the lack of stability in the French squad, and Ireland's consistency and strength in depth give them the edge:

"We are competitive because we are so well drilled and everyone knows their jobs on the Irish squad. No matter who comes in, even on the morning of a match. Our squad strength in depth is really strong. We have a settled look to the Irish team and coaching staff. Players take comfort from consistency, and from coaching staff who know their players. That is the Irish team's point of difference: consistency."

The opening game of the championship sees Wales hosting a resurgent Scotland side, who will be buoyed by an excellent autumn international campaign. While acknowledging the giant strides made by Gregor Townsend's side, Bernard sees the experience throughout the Welsh set-up as vital.

"Warren Gatland knows his job and how to get teams ready. Wales will have a good tournament and defensively will be good. They are fit and starting to change how they play. I think they'll beat Scotland."

In what will be a crucial game for both teams to kick-start their campaigns, Bernard warns that,

"for Wales, it will be hard to regain momentum if they lose against Scotland."

Can England make it three-in-a-row?

Despite the claims of Head Coach Eddie Jones, that injury could weaken the English team's chances, Bernard dismisses these as typical mind games from the experienced coach, and expects another strong campaign from the back-to-back champions.

"Eddie Jones can find someone to replace key players as and when they are needed. England for me are slight favourites. I think it will come down to the last game (between England and Ireland on 17th March)."

Does he see England claiming a Grand Slam? "No, they will slip up, but I think we will slip too. But it's England who will have the advantage playing at home on the final day."

With the tournament kicking off this weekend, there's sure to be plenty of drama and excitement to enjoy over the coming weeks. We'll be checking in again with Bernard later in the championship to get his views on how things are going, so watch this space!

The best way to send money between the UK and Italy