How nearshoring can help you cut business costs

Businesses looking to cut operating costs and unlock greater efficiency are increasingly turning to nearshoring. It’s a sound strategy that leverages the benefits of a globalised economy, but as with any form of outsourcing, nearshoring isn’t entirely risk-free. Find out the main differences between nearshoring, onshoring and offshoring, and take inspiration from the sectors that are achieving results with a nearshore outsource model.

Find out more about managing the currency exchange challenges of nearshoring for your business.

Nearshoring involves outsourcing services or production to a third-party partner in a nearby geographical location, typically where there is a time difference of no more than two to three hours. It occupies the middle ground between onshoring, where services are outsourced to a region within the same country, and offshoring, where the third-party partner is on the other side of the world, or at least on a different continent.

Nearshoring can be effective in supply chain and logistics as well as services such as customer support, IT and software development. Examples include Spanish fashion company Inditex nearshoring production in Morocco and Turkey, Boeing nearshoring its wiring operation in Mexico, and countless European Union and United Kingdom companies choosing software development in Ukraine over an in-house solution. Approximately one-third of companies outsource some part of sales and marketing. Outsourcing, or partial outsourcing, is a great way to bring in the required expertise, and accelerate growth.

Are you struggling with new client acquisition for your digital marketing agency? 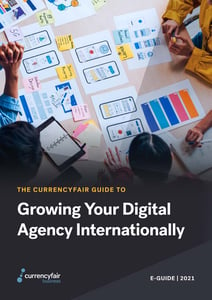 The key ingredients that make nearshoring work are:

Nearshoring is particularly common within the European Union, where 27 member countries operate within a single economic framework. Indeed, the European nearshore market grew by 3.4% in 2021.

These three subsets of outsourcing share a common strategy but differ in scope. Onshoring works best in larger (particularly federal) countries such as the United States of America (USA), India or China, where companies may relocate factories or offices to states or regions that offer tax incentives to do so.

It’s a cost-saving for the business and an economic boost for the local destination. In response to the international supply chain disruption of recent years, businesses are bringing production closer to home. One recent survey found that 83% of US respondents said they plan to reshore their manufacturing from an offshore to onshore model.

The allure of offshoring is to take advantage of significantly lower manufacturing costs and (whisper it quietly) less restrictive labour laws. Today, factories in India, China, Malaysia, Indonesia and Brazil, among others, have replaced domestic production facilities for most of the world’s leading brands. The savings are tempered with certain disadvantages, however, such as time differences, language and cultural barriers, and the impact of external events on the supply chain.

In today’s nearshoring landscape, the expectation isn’t simply that the outsourced talent should be cheaper. The goal is also to unlock an upgrade in technical capability. Ukraine, for example, has quietly evolved into a global tech powerhouse with a talent pool of more than 200,000 IT and software development specialists who are up to date in the latest platforms. Yet the cost of hiring a senior front end developer in eastern Europe is just US$45 to $70 per hour compared to $120 to $150/hr in western Europe. For industries that have flourished over the past few years, such as the animation sector, outsourcing offers a solution to their operational challenges as they seek faster turnaround on productions in order to satisfy the increasing demand. 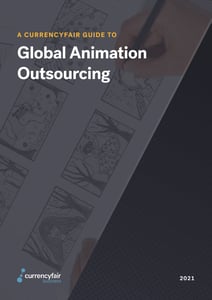 Nearshoring IT allows the domestic business to mitigate capacity issues and focus resources on more profitable activity. That’s especially true when a business wants to offer a new service but doesn’t have the time and resources to tackle the required learning curve. By outsourcing to a nearshore supplier, a project can go live fast, with no need for internal hiring, training or fixed overheads. Since 59% of companies report significant cost reduction, the numbers would appear to add up too.

In some cases, nearshoring is as much through necessity as choice. In the UK, for example, a heavy focus on the services economy has left a yawning skills gap when it comes to IT and manufacturing. As a result, a quarter of UK manufacturing companies are looking to nearshore. Domestic businesses that want to offer new services and open up new markets are obliged to source nearshore partners to find the talent required.

Points to consider when nearshoring

Most of the challenges involved in nearshoring are common to all forms of offshoring. Political instability and currency exchange rates, for example, can threaten operations or profitability. Nearshoring to a neighbouring country is not necessarily a guarantee of stability, either. Witness the post-Brexit supply chain disruption between the UK and European Union (EU) or the unrest in Ukraine as of February 2022.

Technically, trust and working relationships are easier to manage with nearshoring than offshoring. Teams can attend regular meetings in person, if they are not already accustomed to remote conferencing.

Perhaps the key pitfall is to mistake a reduced hourly rate for a lower total cost of ownership. Setting up a nearshoring operation still requires onboarding, management and extra links in the supply chain to incorporate.

Brexit inspired many UK companies to nearshore operations to the EU in order to retain access to the single economic area. Elsewhere, nearshoring within the EU reflects the IT and tech hotspots that have emerged in eastern Europe.

Financial services - JP Morgan, Goldman Sachs and Barclays may still dominate the Square Mile in London, but all of them have taken the precaution of nearshoring in Dublin too. Overall, more than 135 financial firms have nearshored operations in the Republic of Ireland, where the big tech influx has already established a skilled talent pool to meet all local IT and financial analysis needs.

Data centres - Although its European operations are headquartered in Dublin, Facebook nearshores its vast 290,000-square-foot data centre operation in Lulea, Sweden, allowing the company to source hydroelectric power and take advantage of environmental cooling without compromising EU GDPR restrictions. Traditionally, however, the “Big Five” of Amsterdam, Dublin, Frankfurt, London and Paris provide the power and infrastructure required for businesses such as Amazon Web Services, Microsoft and Google Cloud to nearshore the data centre leasing.

Software development - the abundance of tech startups and accelerators in eastern Europe has established the region as the dominant tech hub for businesses in search of nearshoring talent. Poland, Ukraine and Romania lead the pack, serving some of the world’s biggest companies from WhatsApp to Skype, Jaguar and Adobe.

Business process outsourcing (BPO) - from call centres to service desks, businesses have two options. The first is to automate the estimated 40% of incoming call volume that can be handled with self-service channels. The second is to nearshore operations in a country with lower overheads. An English-speaking customer service agent in Georgia, for example, can cost as little as US$400/month.

Start-ups - Whether the aim is for entrepreneurs to establish a cost hub (lower operating costs) or a profit hub (standalone business for corporation tax), Estonia now counts more e-residents each year than nationwide births through its Estonian e-Residency programme. The nearshoring opportunity is popular with UK entrepreneurs who want to continue trading within Europe without having to navigate complex residency or regulatory requirements.

Reducing operational friction and cost is only one part of the challenge. Reducing currency exchange costs is the other. In this respect, CurrencyFair can be as much as eight times cheaper than banks when it comes to transferring funds between business headquarters and nearshore partners. Click below to find out more about how you can pay overseas employees and suppliers with CurrencyFair.

Working abroad: what you need to know about tax residency