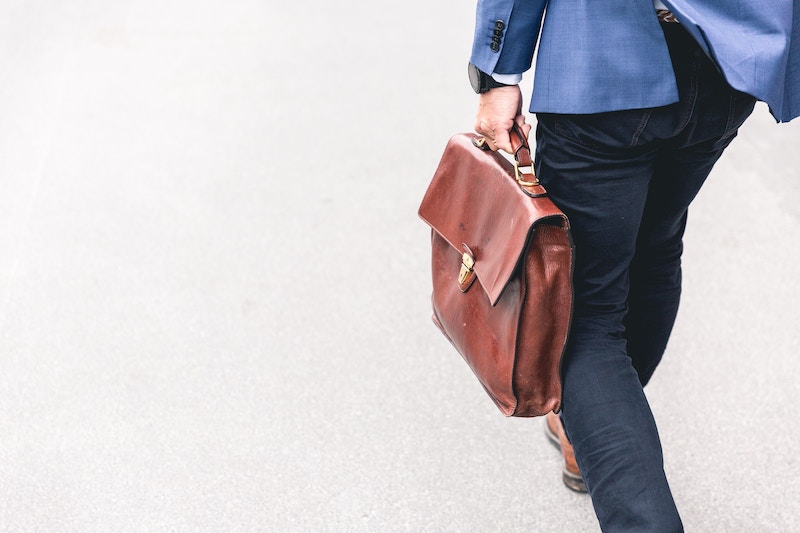 Great expectations: Brits optimistic about Brexit’s impact on their personal finances, but expats are the ones taking action

While the ultimate outcome of Brexit is still very much undecided, British citizens — both at home and those living abroad — are speculating about the impact the exit might have on their personal finances.

New research conducted by YouGov on behalf of CurrencyFair concluding in May of 2019, found that while the opinions of UK expats differ from citizens living in the UK in many ways, they share common hypotheses regarding Brexit when it comes to their financial futures. For example, both groups are concerned that the UK economic situation will worsen in the next 12 months, with those living in the UK slightly more pessimistic than those living abroad. But when asked about confidence in their own finances, 54 percent from each group believe their individual economic situation will either stay the same or improve following Brexit. 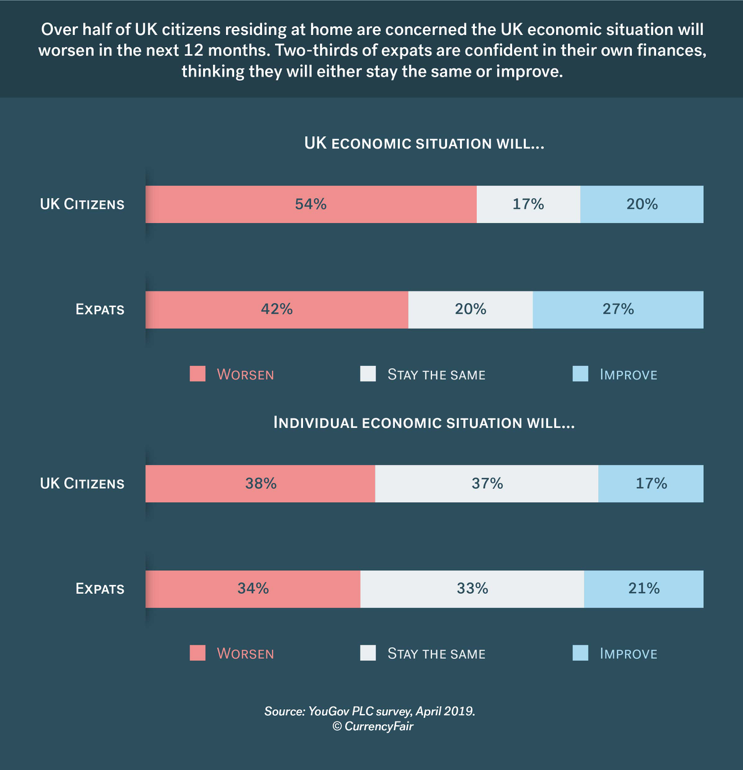 The survey found that while both groups align on their expectations for their personal financial situations, they diverge in how they’ve taken action in light of the referendum. British expats lead the charge across the board when it comes to proactively making financial changes before a Brexit deal is finalized.

Compared with respondents living at home in the UK, expats have started saving more money, focused on paying off any unsecured debt, and have already reviewed their current mortgage rate in light of Brexit. They’re also more likely to have moved investments to a lower risk fund, switched both banks and investment advisors, and hired an accountant than their fellow citizens still living in the UK.

Yet, when it comes to worries about post-Brexit life, citizens living in the UK are slightly more concerned about inflation than expats (60 percent versus 55 percent), and nearly on par when it comes to anxiety about the value of the pound (56 percent versus 59 percent). Half of expats surveyed are worried about how Brexit may impact their retirement compared with a third of citizens living in the UK, and a similar number (53 percent) are concerned about their citizenship rights in commonwealth countries, compared to 22 percent of those living at home. 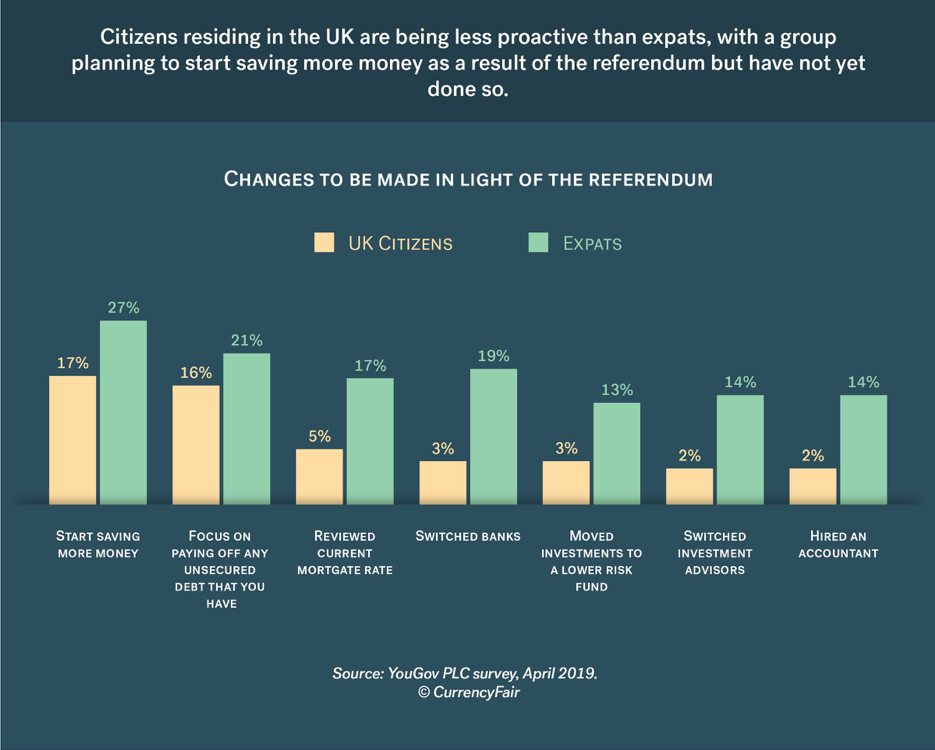 Looking ahead, expats are also significantly more likely to take action in order to protect their wealth and the futures of their children if the UK were to crash out of the EU without a deal. The survey revealed that 17 percent of British expats would liquidate their assets in the UK, 13 percent would transfer their money abroad, and 23 percent would seek citizenship for themselves and/or their family in another country, compared with two percent, one percent and eight percent respectively for those still residing in the UK.


When it comes to transferring money abroad, a third of expats (29 percent) noted that when choosing a provider to transfer money to and from the UK, transparency about fees charged is the most important aspect, tied with security and trust in their service provider. Competitive exchange rates are also important to a quarter of expats surveyed (26 percent). 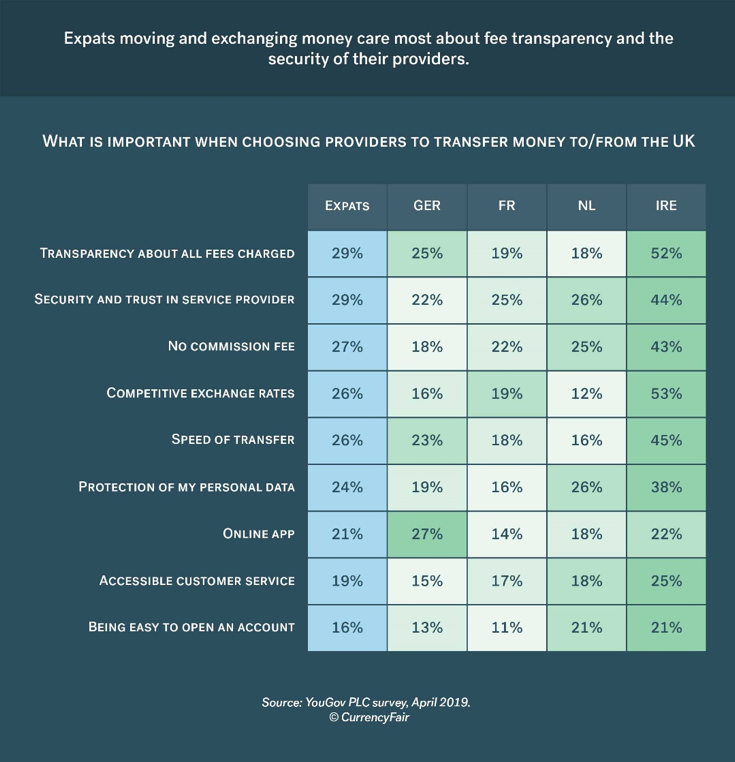 From a personal finance perspective, expats seem to be taking a mindset of hoping for the best and preparing for the worst, while UK citizens living at home are more focused on keeping calm and carrying on. Until Brexit is settled, it’s unclear which strategy will be best.