Agility during COVID-19: From Glastonbury to the NHS 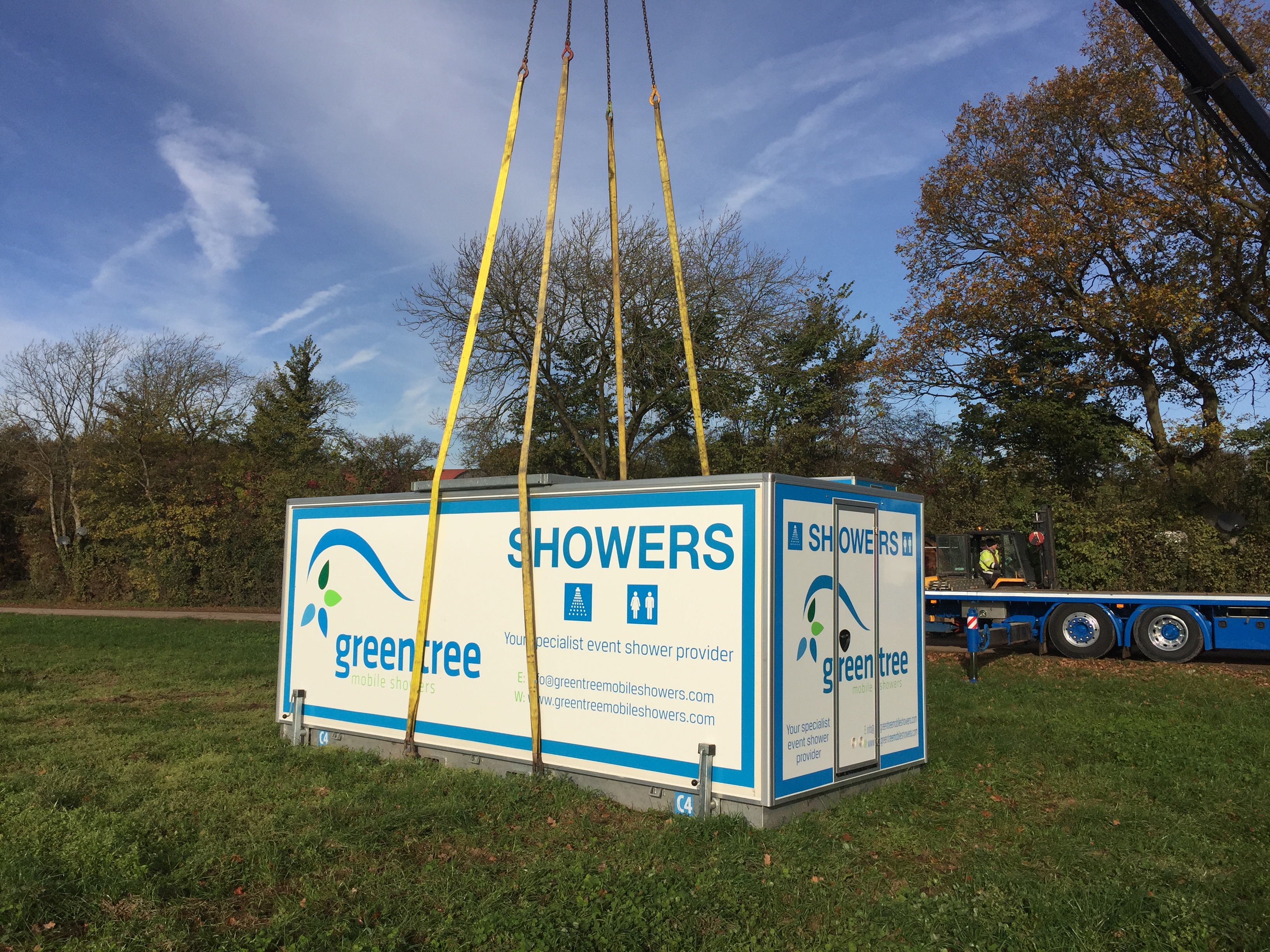 CurrencyFair caught up with Mark Brennan, the founder and Managing Director of Greentree Mobile Showers to discuss resilience and stability during COVID-19.

Established in 2009, Greentree Mobile Showers’ units can be seen at some of the most prestigious music festivals across the UK and Ireland. However with music festivals and large outdoor gatherings no longer going ahead this summer, Green Tree Showers has adapted their business model by instead offering their services to healthcare workers through NHS trusts.

From Glastonbury to NHS hospitals

Greentree Mobile Showers regularly supplies the vast majority of the bathing facilities for Glastonbury, the largest greenfield performing arts festival in the world which welcomes over 200,000 visitors, including tens of thousands of staff and volunteers each summer. Mark estimates that each show day, between 35,000 to 40,000 people use their showers.

With their showers being used by tens of thousands of people during busy festival weekends, biosecurity and minimising the risk of cross-contamination were key considerations when designing and manufacturing their units in-house.

The specially designed floors are suspended grids, so anything that washes off you - whether it be body paint at a festival, or potentially COVID-19 in a hospital setting - is immediately carried away, unlike shower trays which “act like a petri dish” and may harbour your peers’ grit and grime.

With a high level of biosecurity built into the design and the product’s unique ability to process large volumes of people very quickly, it is a great fit for busy healthcare workers who want to wash up before going home after a shift.

“We’re lucky in the sense that we have a product which has alternate uses and it is ultimately a service that allows people to wash anywhere,” Mark says.

“With the current pandemic, the NHS took the view that it would be useful for a lot of their staff to be able to wash pre and post-shift and that’s something the staff are very thankful for and our system has been particularly developed to deal with really large numbers of people really quickly.

“Nurses and doctors work 13-hour shifts if they’re lucky. My girlfriend is a nurse/saint so I see what they go through, they push themselves really hard and it’s dangerous work,” Mark says.

“We had the scale and because of the biosecurity focus of our system, we are able to process a large volume of people quickly. If someone’s worked a 13-hour shift, they want to get a shower and they want to get home. If you’ve got 200 staff coming off shift, there’s no point in putting in just ten showerheads,” he says.

The team now supplies bathing facilities for the Nightingale Hospital, and NHS trusts and hospitals in Birmingham and Somerset.

After expanding into the UK from the company’s base in Ireland eight years ago, Mark originally relied on his bank for GBP to EUR transfers and currency conversions. However, the bank’s opaque fees and uncompetitive exchange rates spurred Mark on to find a better, simpler way.

He joined CurrencyFair recently after his brother-in-law suggested the platform, and has found that transfers made on CurrencyFair are quicker, cheaper, and more transparent than his bank. By using our platform, Mark can access low-margin FX rates for his intercompany transfers - meaning more money goes straight to his bottom line.

“With banks, you know you could probably do better somewhere else but quite often as a small business owner, you’re trying to put out so many ‘fires’ that you haven’t got the time to sit down and analytically look at what the banks are charging for currency transfer, or standing orders or direct debits. It seems like such small amounts of money but when you add up the amount that you do every particular year, it’s death by a thousand cuts,” he explains.

“I’m in an unusual situation in that a lot of companies that are trading decent amounts of currency probably do have a CFO and so on, but small businesses like mine just don’t have the resources to put towards that type of analysis.

“I haven’t thought about the amount of money I would’ve saved myself if I used CurrencyFair all along as I may find that too hard to deal with so I’m just not going to deal with it!” Mark laughs.

“CurrencyFair is very straightforward - transfer into your account and then transfer back out, it’s dare I say, idiot-proof! You don’t need to carry anything with you, you upload your bank account details once and it’s very intuitive unlike a lot of banking systems. It’s as obvious as the nose on your face to use it. It’s just a good product,” he adds.

Mark says that a frustration he’s had with other tech companies in the past is that they overcomplicate their product by installing features users don’t want or need. Alternatively, CurrencyFair’s clean, user-friendly interface hosts a suite of business features designed to optimise our customers’ time so they can spend more of that time growing their business.

For Mark, that means investing more of his time into designing a new product offering.

“If you’re going to have a successful business you need to have thought about your product, and solve problems that people need solving and provide some solutions where the customer wasn't aware there was a better way. I designed and built all the units myself and they evolved over the years, it wasn’t a product that we bought because when I went to look at what was out there they didn’t tick any of the boxes I thought needed ticking,” he explains.

“One of the things we’re looking at doing now is designing some new unique product offerings such as a new type of event toilet that could replace portaloos that we’re developing in-house and hopefully bringing to scale over the next while.”

A focus on the greener aspects of festivals and events is a key aim for the company, with a view to reducing the carbon footprint and environmental impact of large gatherings. A key aspect of environmentalism that’s overlooked is the consideration of what’s ending up down the drains, and subsequently, ending up in our rivers and oceans, Mark says.


“Most importantly any changes must make financial sense, at the end of the day, businesses are motivated by the bottom line and not conscience. A well-thought-out and well-engineered solution will tick the financial and the environmental sustainability boxes.

“We’re going to have to change what we’re doing as a society because for those that come after us - there won’t be a whole lot left.

“It’s not just about your carbon footprint, it’s the production of waste and plastics, and using recyclable and reusable materials. We’re hopefully going to be bringing out a suite of products that will help promoters sidestep some of those environmental issues and get out in front of them as there’s an inevitable march towards there being a financial impediment to continuing the same behaviours as is being exhibited by society at large at the moment,” he adds.


If you would like to learn more about Greentree Mobile Showers, get in contact with Mark by emailing info@greentreemobileshowers.com or calling 07551744107.

Would you like your business to be featured on our website? Contact us at marketing@currencyfair.com and have your business’s story viewed by our large international audience.

Remote working beyond COVID-19: What leaders should know