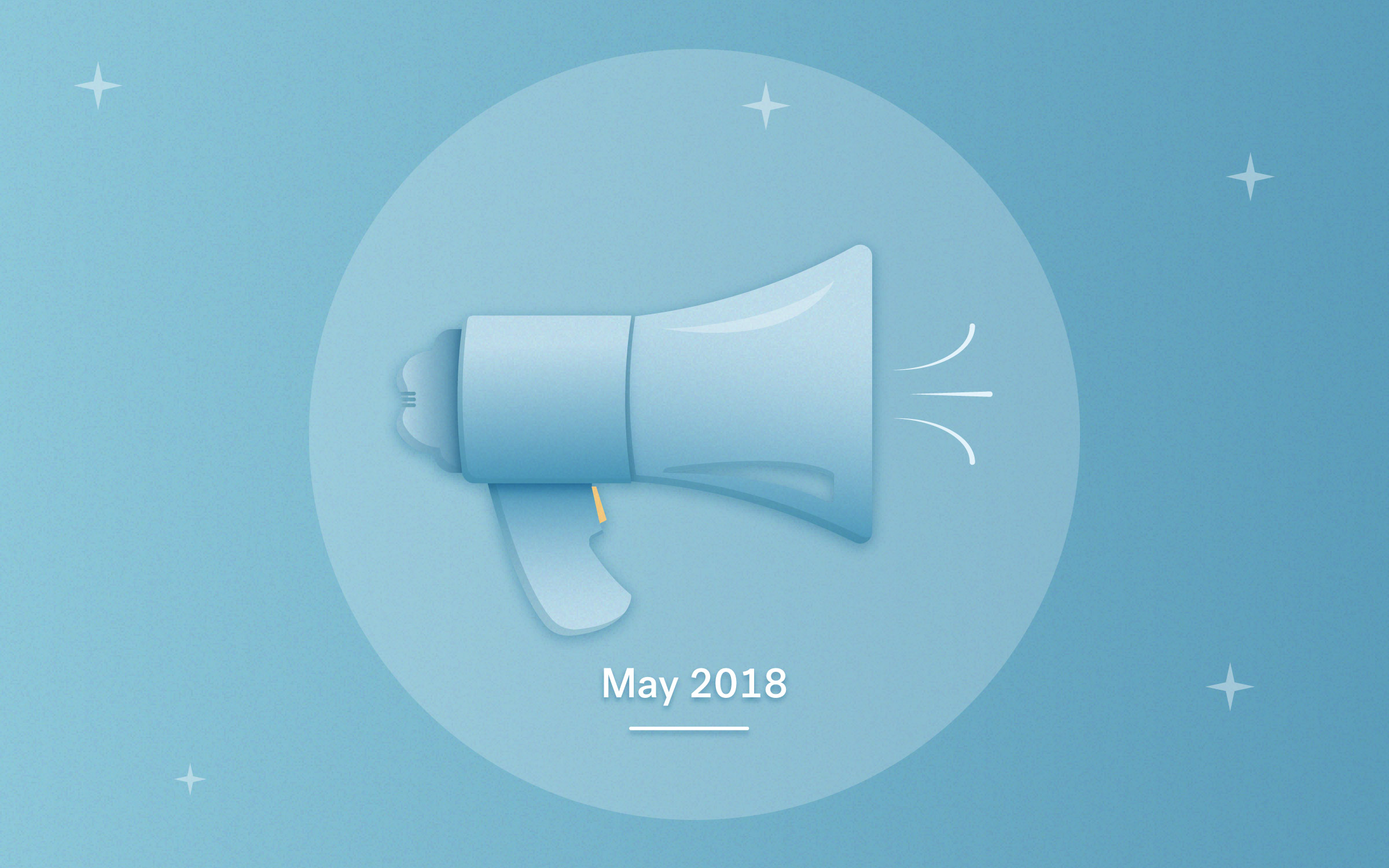 This May the rekindling of political relationships, blossoming economic romance between star-crossed countries and the bickering of all too familiar warring political parties have been making this month’s currency news an interesting tale to tell.

The US Dollar has been the all round star performer this month, as it advanced on the major currency crosses.

Even though all top headlines in May were taken up by the impending Royal Wedding, the other major news to report on was the blossoming relationship between the US Dollar and Sterling.

The USD/GBP exchange rate was available at 0.7166 on February 21st and rallied to a three month high of almost 4%, to be available at 0.745 on May 21st with CurrencyFair. Federal Reserve officials have indicated three planned interest rate hikes for 2018. This contrast between the interest hikes of the USD and the status quo for GBP, allowed the US Dollar to press higher against Sterling this month.

Throughout May the USD advanced on most of the major currency crosses. How has this been achieved?

One contributing factor could be that the part the US played in easing political tensions in Korea, improved its political standing and bolstered confidence in the USD. However these gains might be short-lived as the planned summit between President Trump and Kim Jong-un on June 12th in Singapore has been cancelled.

The USD/EUR exchange rate was available at 0.8132 on April 22nd and rallied by over 4% to 0.8497 on May 21st with CurrencyFair. Positive US Purchasing Managers Index (PMI) survey data on May 3rd reported US business confidence to be at its highest since 2015. This gave further fuel to the fire driving the USD forward. In contrast, the publication of poorer than expected PMI data for the Eurozone weakened the Euro. This report revealed inflation was at 1.2% for April 2018, down from 1.3% in March 2018.

Looking to the UK, political and economic tensions continue to make strange bedfellows. On Tuesday May 15th positive results for the UK job market largely met expectations. The unemployment rate was 4.2%, down from last year’s 4.6%. Then Consumer Price Index (CPI) inflation disappointed when it fell to just 2.5%, above its 2% target on May 18th. Ever the “unreliable boyfriend”, Bank of England (BoE) governor Mark Carney, seemed to then retreat from a previous promise of interest rate hikes, with the BoE decision to keep rates unchanged.

With Carney hinting that Brexit uncertainty is a possible factor in the reluctance of the UK central bank to raise interest rates, we see Brexit is once again a spoke in the wheel for Sterling attempts to rally against the other currencies.

All these political tensions saw the GBP/EUR exchange rate endure a pretty rocky month. The April 30th Lords vote on a proposed amendment to the Brexit bill has led to further uncertainty about the direction of Brexit, with peers demanding a meaningful vote for MPs on the final withdrawal agreement.

These roadblocks, in the already complex Brexit agreement process, rounded off a month of political and economic discontent for Sterling.

The next to watch as a potential trouble-maker for the European Union is Italy, where an unknown law professor with no political experience, Giuseppe Conte, has been voted in to be the Italian Prime Minister - the third largest country in the Eurozone. The anti-EU parties of 5-Star Movement and the League selected him to lead their coalition despite the already fractured relations between the two.

North American Free Trade Agreement (NAFTA) woes did not halt the Canadian Dollar in its stride as it rallied against its European currency crosses. The failure of all parties to reach a new agreement, means the old agreement still stands. With a looming presidential election in Mexico and the US mid-terms taking place in November, there is little to no time left in 2018 for a vote to be held in congress on NAFTA. It appears the talks will most likely now be postponed until 2019.

CAD bloomed mid-May as increasing tension between the US and Iran saw the price of oil tick the Canadian Dollar’s performance higher. With the threat and subsequent exit of the US from their nuclear deal agreement with Iran, it leaves Iran open to serious US sanctions.