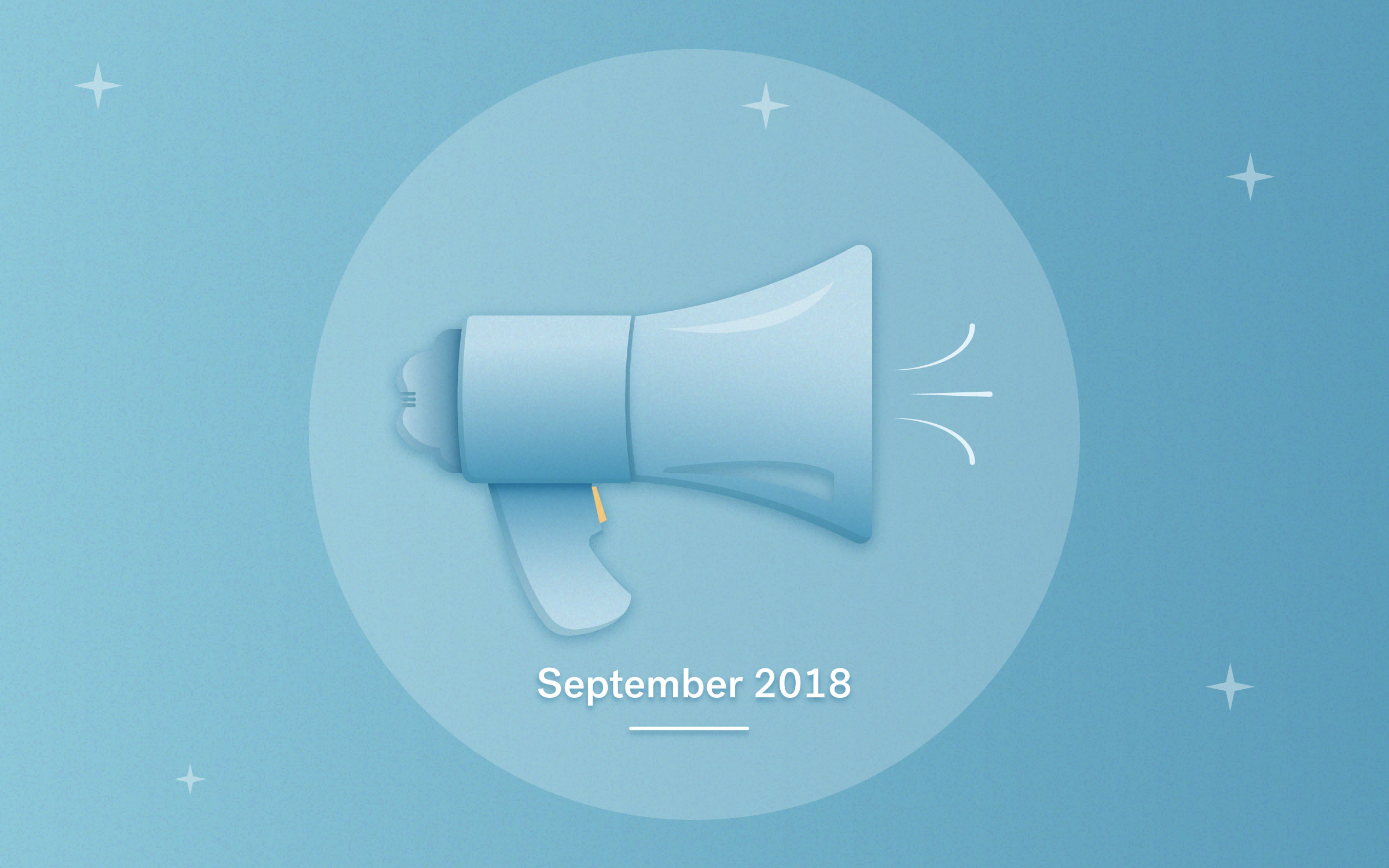 The beginning of Autumn can be felt all around us. There is a change in the air that means you never know what the day could bring. You have to be prepared for all eventualities - a sudden rainy downpour turning into a sunny spell. A surprise chill in the air first thing in the morning or the all too soon darkening of an evening sky.

Like Autumn, the currency markets can also deliver unexpected changes leaving investors scrambling to react or days where just one look at the horizon can show what lies ahead.

Let’s look at the highs and lows that have occurred and the major events that have impacted the currency markets in the past few weeks.

Like the leaves on the trees, Sterling was seen falling this past few weeks, albeit not as gracefully. In September, Sterling was holding on tight to gain ground on some of its currency crosses.

The antagonist for this was the September 22nd “We are ready” speech given by Prime Minister Theresa May, a battle cry for her party to stand firm on their conditions and to demand “respect” from the EU, as they rejected her Chequers plan.

What a difference a year makes - as it was on September 22nd 2017, that May was showing the €20 billion bargaining chip up her sleeve to persuade the EU to agree to a two year transition period after March 2019.

May’s speech led to Sterling losing its bloom against several currency crosses and the impact of her words could be seen across the markets. The GBP/USD exchange rate dropped by almost 1.5% from 1.7038 on September 21st to 1.6796 on September 22nd with CurrencyFair.

Not even the GBP/AUD exchange rate was immune to the May effect, as Sterling dropped by over 2.5% against the Australian Dollar from 1.8345 on September 20th to 1.787 on September 22nd with CurrencyFair.

The EUR/USD exchange rate was having a moment in the sun after reaching a three-month high of 1.1773 on September 24th with CurrencyFair. Having been recorded at 1.1315 on August 15th, this over 4% jump was due in part to investor jitters surrounding the continued trade war tension between China and the USA and the release of positive Eurozone construction data on September 19th, both serving to bolster the Euro.

However the September 26th decision taken by the US Federal Reserve to ignore President Trump and to proceed with an interest rate hike saw an end to this Indian summer for the Euro and the beginning of a slow fall from grace.  Euro fell by 1.65% from its position of 1.1749 against the US Dollar on September 26th to 1.1555 to September 29th with CurrencyFair.

The big change this Autumn for Euro were also seen in relation to Sterling. From a September 5th high of 0.9025 with CurrencyFair, the EUR/GBP exchange rate lost some of its early September growth and was available down at 0.8875 on September 29th. While the effect is clear, the cause was down to positive commentary around Brexit from German Chancellor Angela Merkel and the disappointment of German manufacturing numbers in September. Michel Barnier’s September 18th admission of willingness by the EU to rethink their stance on the Brexit Irish border proposal saw the recent gains posted against Sterling by the Euro pause at 0.8889 and drop to 0.8869 on September 19th with CurrencyFair.

Prime Minister May’s speech on September 21st gave confidence to the EUR/GBP exchange rate allowing it to climb to 0.8973 by September 24th with CurrencyFair . However when Italy confirmed an extravagant spending spree budget that flew in the face of Brussels' austerity stance, it shook the Euro enough to see it wilt by over 1% to to 0.8875 on September 29th with CurrencyFair.

When EU negotiator Michel Barnier stated that the EU was “open to discussing other backstops”, this gave a boost to Sterling and saw the AUD/GBP exchange rate fall by over 1.5% from 0.556 on September 7th to 0.5474 on September 8th with CurrencyFair.

A new season has also brought new challenges for USD. A cosy atmosphere surrounding Brexit in early September allowed Sterling to gain some ground on the US Dollar. On September 10th, Michel Barnier believed a Brexit deal was “realistic”, causing the USD/GBP exchange rate to lose its hold by over 1.5% from 0.7728 to 0.7612 on September 16th with CurrencyFair. By the end of September however, a disappointing result for quarterly GDP growth meant USD regained some lost ground and edged back up to a 0.766 on September 28th with CurrencyFair.

When European Commission President Jean-Claude Juncker delivered his September 12th state of the union speech it served as a reviver to the Euro and caused the USD/EUR exchange rate to drop by almost 1% from 0.8619 to 0.8557 on September 16th with CurrencyFair.  However change was in the air for the USD. The increase in benchmark interest rates and confirmation of planned future increases meant the USD could reclaim lost ground and grew by over 1.5% from a September 22nd low of 0.8472 to a September 28th high of 0.86 with CurrencyFair.

Cost of Living in the UAE: UK expat