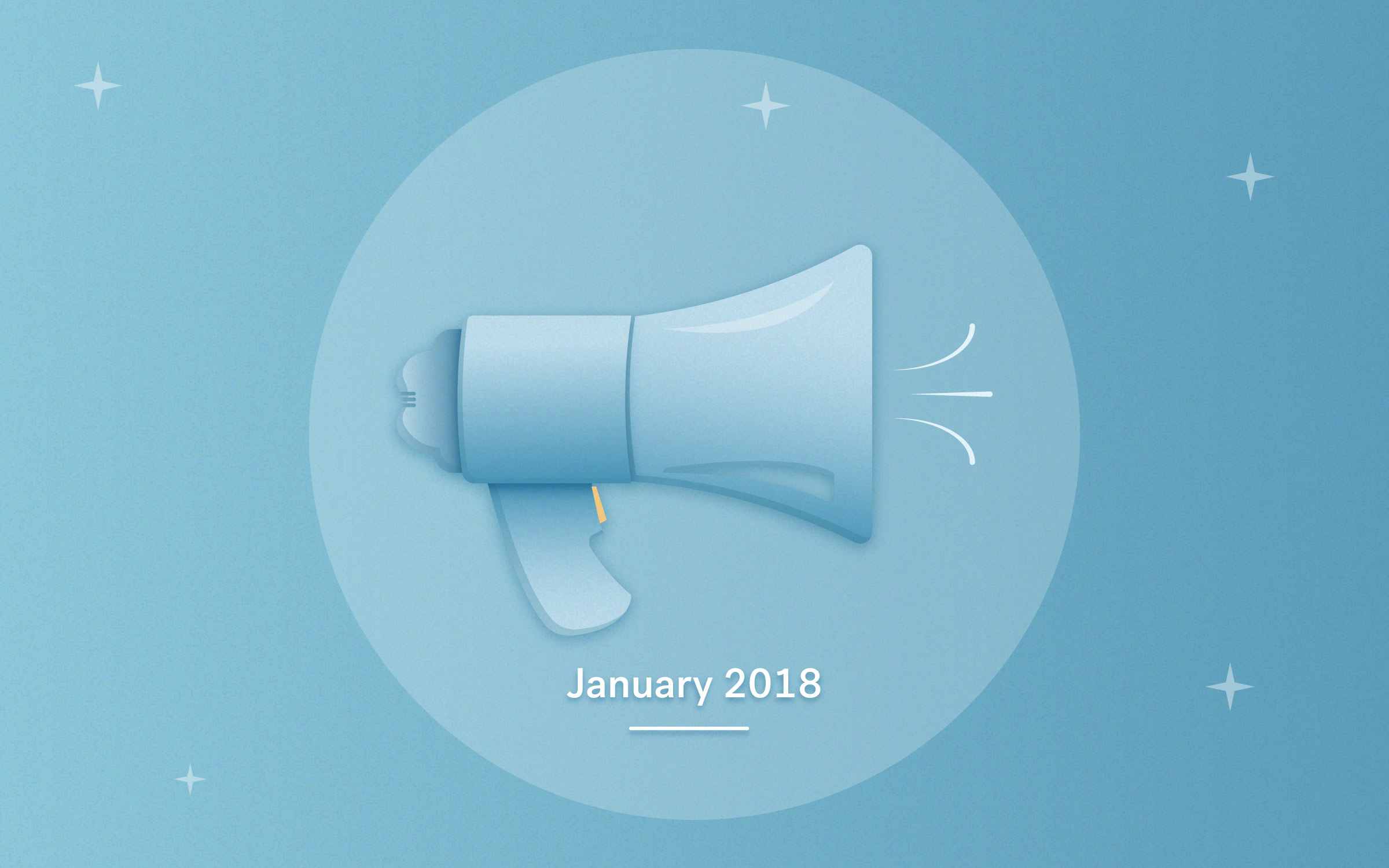 January was an interesting start to 2018 with political and economic events influencing all the major currency markets. Some currency highlights of note included GBP/USD being available at over 1.41 on January 24th with CurrencyFair - a level not seen since June 2016 prior to the Brexit referendum.

Another currency cross making headlines was the EUR/USD exchange rate. It was trading from a very positive position, having reached a three-month high of 1.236 with CurrencyFair on January 24th [and an overall three-year trading high.]

These are just two moments in an overall eventful month for the major currencies and below we delve into this in more detail.

It wouldn’t be a GBP currency update if Brexit wasn’t top of the agenda. From only being awarded a 20 minute time slot at the end of a December 2016 EU summit, Brexit is now a daily item on all major news channels. Despite continuing issues surrounding the Irish border issue, contradictory statements from Prime Minister Theresa May’s new ministers and French President Emmanuel Macron weighing into the Brexit conversation, Sterling for the first time in a long time seemed immune to the political hits, and took strength from positive economic news being released. The publication of an Office for National Statistics (ONS) report on January 24th showed better than-expected employment levels not seen since 1970. In response, Sterling surged against all currencies including the Euro - from 1.137 at the beginning of the week to 1.147 the day after the report’s release on January 25th (with CurrencyFair).

The previous week Sterling had already had cause to celebrate as it reached a three-month high against the US Dollar, when it was available at 1.39 on January 19th with CurrencyFair. However the GBP/USD exchange rate was not done proving it’s doubters wrong just yet. It was also bolstered by the ONS report and surged by 2.4% to a further high of 1.42 on January 25th with CurrencyFair.

Although January was a strong month for all the GBP/USD crosses, the volatility of currency markets was perfectly evident when a leaked Brexit report on January 30th stopped Sterling’s successful run against the US Dollar and the exchange rate dropped by over 1% to 1.41 with CurrencyFair.

After the ECB’s meeting on January 25th, European Central Bank President Mario Draghi’s press-conference couldn’t disguise the overall positive outlook for the Euro that has been reported in 2018.

Euro boasted a successful start to 2018 against the US Dollar, having jumped by over 4.5% since January 1st to 1.25 on January 25th with CurrencyFair - most likely helped by a long-overdue breakthrough in Germany’s coalition talks.

January 2nd saw the release of Eurozone Manufacturing Purchasing Managers Index (PMI) data that reported on levels in the sector last seen in 1997. The report also showed Ireland was leading the way in a national output PMI growth league table in December 2017, seeing its rate of expansion accelerate to the fastest for 21 months.

Then IHS Markit Eurozone data released on January 24th reported that the Eurozone is experiencing its fastest growth in over a decade.

Fuelled by these reports, Euro optimists were holding out for a rumoured change in the European Central Bank (ECB) required presence for the currency. Early 2018
reports that the ECB would make a sooner than expected “exit” were supported by the Euro showing such strong signs of being able to fly solo. The exit of the ECB and the removal of their stimulus measures will certainly produce interesting results for the single currency.

On January 26th we saw President Donald Trump in Davos to deliver an “America First” speech where he invited businesses from around the world to invest in the US. After the successful passing of his 2017 tax reform bill, he wants the world to know America is open for business.

Back on American soil however the US government was dealing with the aftermath of the January 19th US government shutdown due to the absence of a federal budget. The US Dollar fell by almost 4.5% to a 3-month low of 0.804 against the Euro the week after the shutdown. (January 25th with CurrencyFair). President Trump’s Davos speech, followed this week by Tuesday’s State of the Union address seemed to bring about a change in the US Dollar’s fortune and it started to tick in an upward direction, reaching 0.808 on January 30th with CurrencyFair.

Looking north to its currency neighbour, a positive Bank of Canada survey reflected confidence in the Canadian Dollar. January 10th reports around the US involvement in NAFTA saw the USD/CAD exchange rate available at 1.2482 (January 12th with CurrencyFair) with the threat of a collapse of the three-way trade agreement. This week NAFTA was still a key point on Capitol Hill after talks had ended, with Prime Minister Trudeau referencing the many contingency plans in place should discussions with the US fall through.